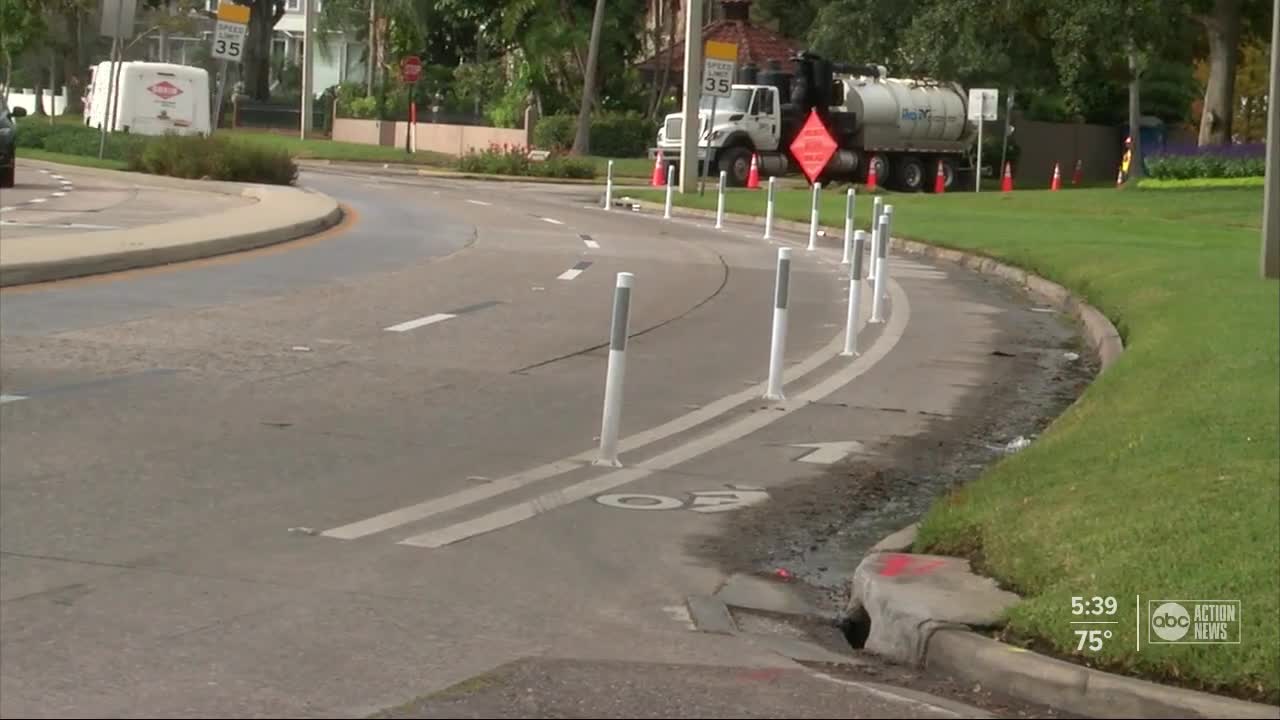 The City of Tampa is hoping to protect bike lanes in specific locations as part of a pilot project. 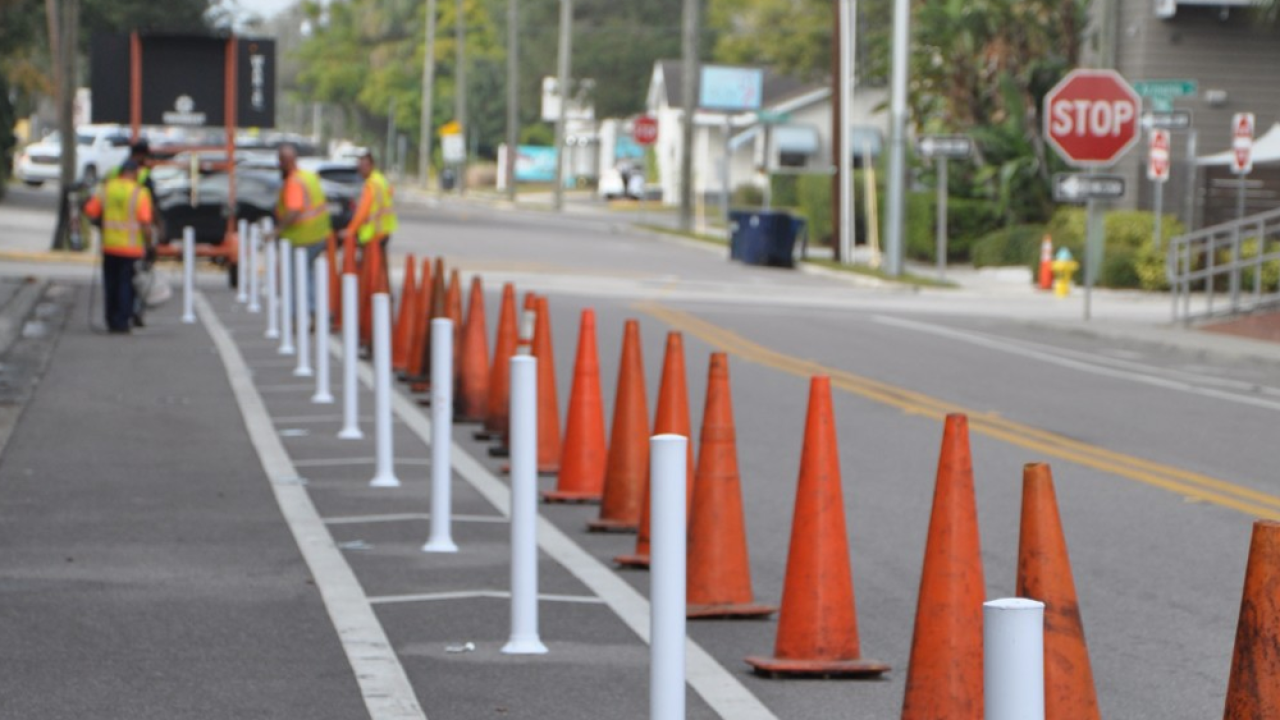 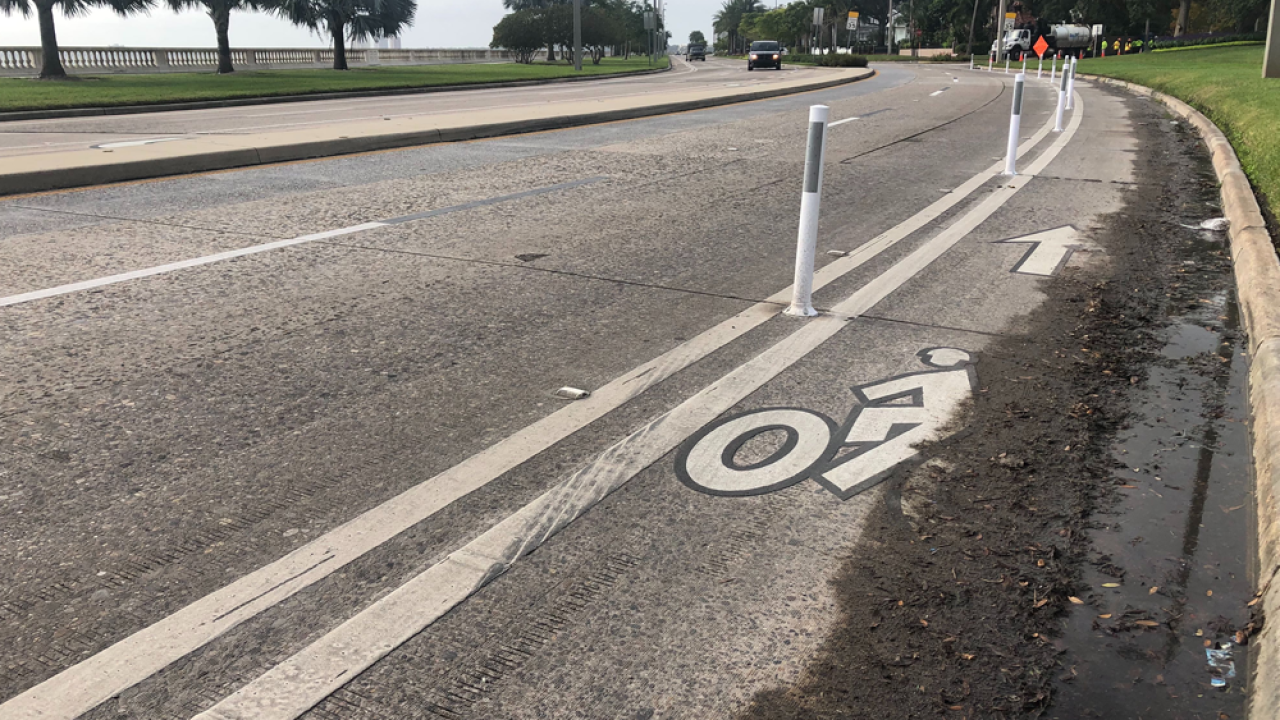 TAMPA, Fla. — The City of Tampa is hoping to protect bike lanes in specific locations as part of a pilot project.

City officials say they want cyclists to feel safe when they are on city roads.

“As a police officer, I saw firsthand a family’s devastation when I had to tell them their loved one passed away due to a distracted driver and that’s why, as part of our Transforming Tampa’s Tomorrow initiative, we made a commitment to Vision Zero,” said Mayor Jane Castor. “Tampa’s residents and our visitors demand and deserve safe pedestrian, bike, multimodal lanes and sidewalks and our team is hard at work delivering just that.”

The city will use delineators or raised curbs to make the area safer.

On Cass and Jackson streets in downtown you will find a raised curb. Flexible delineators will be added on Cass Street/Green Spine in North Hyde Park, Floribraska Avenue, Florida Avenue, Tampa Street and Brorein Street and the Beneficial Drive Bridge.

The city also says over the next year they will begin a pilot project to test new innovative products and applications for these protected bike lanes. Currently, Bayshore Blvd. and Azeele Street have the flexible delineators.

Officials say they were getting complaints on Bayshore Blvd. of vehicles steering into bike lanes, mainly near the intersection of Platt and Bayshore.

On Lois Avenue, the city had delineators that kept getting knocked down.

Even though this is a pilot project, right now the city has no plans to remove them.