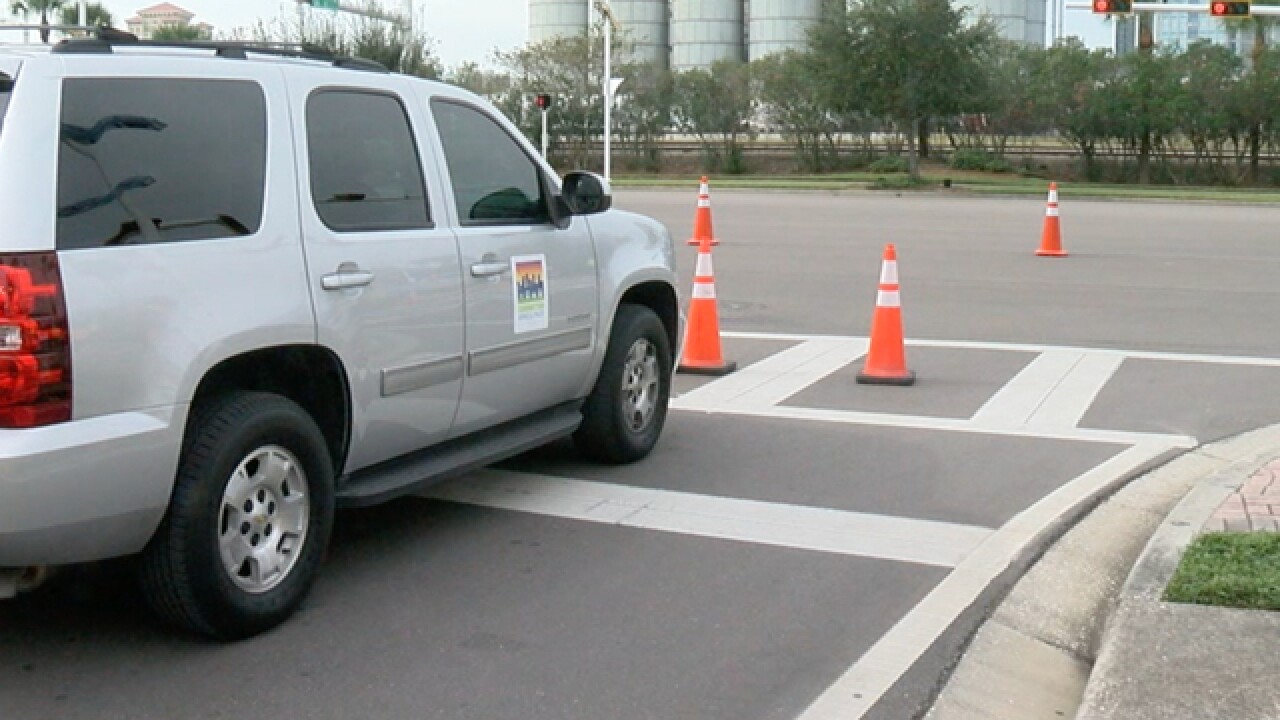 TAMPA, Fla. — The idea of cars talking to cars sounds futuristic, but it's happening in Tampa as the city is one of three places selected to take part in a pilot program for connected vehicles.

The Tampa Hillsborough Expressway Authority (THEA) is demonstrating cars that can "talk" to each other, known as "Connected" vehicle technology.

RELATED: Cars that "talk" to each other coming soon to Tampa

"Connected" vehicles are not the same thing as "Autonomous" vehicles, or self-driving cars.

Instead, these are vehicles that communicate wirelessly via the internet with other similarly-equipped vehicles, as well as with downtown traffic and pedestrian signals. The goal is to enhance safety, improve traffic flow and even reduce greenhouse gas use.

On Thursday, ABC Action News went along with THEA for a demonstration on how this concept works with different public transportation forms like HART and the Streetcar system.

The pilot program will gather data for the next to year to see how cars are responding to each other and to pedestrians.

Leaders demonstrated how the technology devices installed inside HART buses would alert drivers if it comes near a connected vehicle. Both vehicles must have the technology in order to communicate and alert the drivers.

Bob Frey with THEA said we can expect to see this type of equipment rolling out in cars, "2021-22, you’re starting to see a lot of the manufacturers start putting these in your car," he said.

THEA also debuted that they are testing a pedestrian area to see how the connected vehicles can connect to pedestrians through their phones.

The transportation leaders have installed the necessary connected vehicle technology at a crosswalk on Twiggs Street in front of the Hillsborough County Courthouse.

Tampa will be part of leading the way on how to continue to develop the smart technology with vehicles.