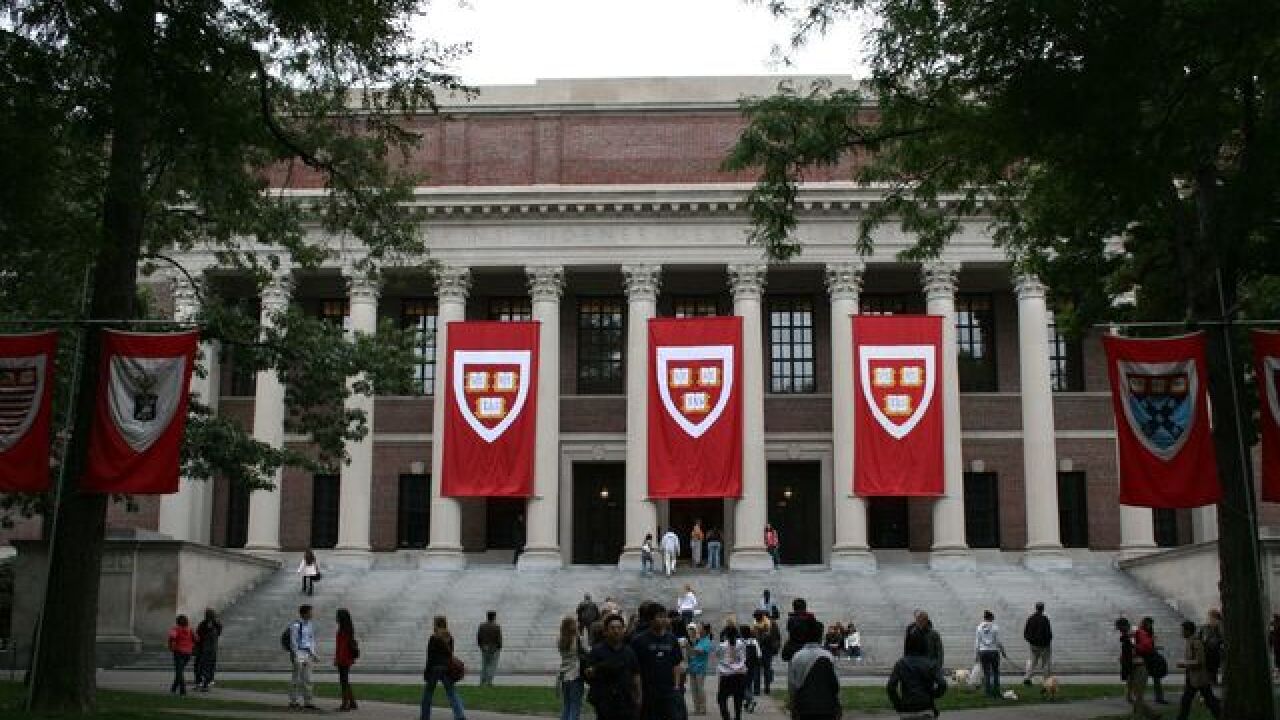 The Justice Department on Thursday sided with a group of students rejected for admission by Harvard University who allege the school discriminates against Asian-American applicants.

Filing a “statement of interest” in the years-long case, the Justice Department insists Harvard can't show it’s following legal restrictions established to limit how race is used as a factor in admissions, essentially agreeing with the plaintiffs in the case, Students for Fair Admissions.

"Harvard has failed to carry its demanding burden to show that its use of race does not inflict unlawful racial discrimination on Asian Americans," the statement filed in Massachusetts District Court said.

"To the contrary, the record evidence demonstrates that Harvard’s race-based admissions process significantly disadvantages Asian-American applicants compared to applicants of other racial groups — including both white applicants and applicants from other racial minority groups," it continued.

The initial lawsuit was brought in 2014 on behalf of a group of Asian-American students, and since then many groups have filed briefs weighing in on the litigation. Recently, Harvard filed a motion for summary judgment – asking the judge to rule without a full trial.

"Harvard strives to ensure that its students come from broadly diverse backgrounds—geographically, socioeconomically, and racially—and it may consider an applicant’s self-identified race or ethnicity as one of many factors in its admissions process," the defense's filing in June says.

In its filing Thursday in federal court, the Justice Department is objecting to summary judgment, urging the court to look at all of the facts and legal arguments, and then make a ruling.

A department official said there is “strong evidence” that “Harvard is using race” against Asian-American applicants.

“Harvard is actually very proud of the fact that it uses race” to achieve diversity, the official said.

“We are deeply disappointed that the Department of Justice has taken the side of Edward Blum and Students for Fair Admissions, recycling the same misleading and hollow arguments that prove nothing more than the emptiness of the case against Harvard. This decision is not surprising given the highly irregular investigation the DOJ has engaged in thus far, and its recent action to repeal Obama-era guidelines on the consideration of race in admission," the Harvard statement said.

"Harvard does not discriminate against applicants from any group, and will continue to vigorously defend the legal right of every college and university to consider race as one factor among many in college admissions, which the Supreme Court has consistently upheld for more than 40 years. Colleges and universities must have the freedom and flexibility to create the diverse communities that are vital to the learning experience of every student, and Harvard is proud to stand with the many organizations and individuals who are filing briefs in support of this position today,” the statement continued.

The official said previous Supreme Court rulings establish a “high burden” for schools to use race in admissions decisions, and schools can only use such considerations on a temporary basis, they must be “narrowly tailored,” and they must be a “last resort.” But Harvard has not overcome this high burden, and it has failed to adequately explain how it specifically uses race in admissions, the official said.

The university denies that its practices violate the law, saying that ethnicity is optional on the application and is one of many factors that contribute to getting into the college. In addition, it argues that having a diverse student body contributes to the educational process.

All of the other Ivy League schools supported Harvard, court documents show.

Last year, a controversy erupted when reports surfaced that DOJ was looking for lawyers to investigate an administrative complaint filed by a coalition of 64 Asian American associations in May 2015 that the Obama administration never resolved.

The Justice Department also maintains evidence shows that Harvard uses a “personal rating” that may be biased against Asian Americans. The government claims that "based solely on a review of the applicant’s file, Harvard scores its applicants based on “subjective” factors such as “likability” and being a “good person” with “human qualities.”

Justice officials said Harvard admits that, on average, it scores Asian-American applicants lower on this “personal rating” than applicants of other races.