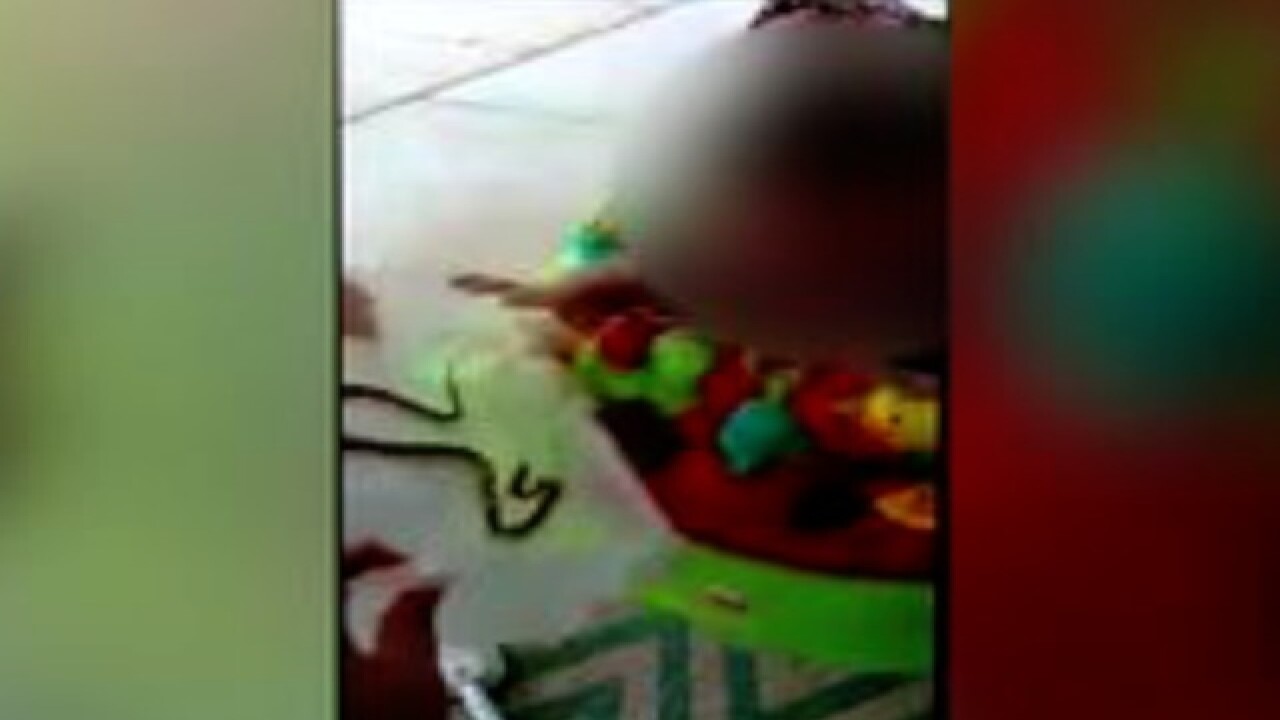 The Highlands county mother who posted a video to Facebook showing her 1-year-old daughter being bitten by a red rat snake will not face charges.

The State's Attorney determined there wasn't enough evidence to prove the case to the standard of beyond a reasonable doubt.

The Highlands County Sheriff says he believes the actions were inappropriate, and that "while we all have a duty to teach our children, we should always think about the methods involved in that education and realized that some methods just aren't appropriate."

The video has since been taken down, but the mother exclusively told ABC Action News that she does not regret putting her baby face-to-face with the snake.

"Charges are for criminals and that sir, I am not. I proved what I needed to prove from the get go, my daughter was not harmed physically or mentally. I run across venomous snakes in my driveway several times a year and with her now crawling and walking, I don't want her to think it's safe to touch snakes at this point in her life. Will I do it again? No, unnecessary, she doesn't want to touch it, point made," she said.

She found the snake in the driveway of the family's property outside of Sebring.

"It had bitten me and my son and didn't leave a mark, several times," she said. "So, I thought it was a good opportunity to introduce her without actually getting hurt."

Initially, Highlands County Sheriff's Office investigated the incident and determined purposely exposing the 1-year-old to the snake violates Florida's child abuse law; which is why the charging affidavit for one count of cruelty toward a child, a third-degree felony, was forwarded to the state's attorney for review.

"People are too sensitive," she said. "They just think that I hurt my child intentionally. The people that know me know that I would never hurt my children."

She says the child was not hurt, only scared of the snake's quick strike.

"His teeth are too small to actually puncture the skin," she told ABC Action News reporter Ryan Smith. "So he's very harmless."

Living on a rural, 9-acre property in Highlands County, she says it's important that her kids learn how to handle all kinds of wildlife and what to stay away from.

She tells ABC Action News, she grew up learning how to handle reptiles by assisting her father, a Jupiter police officer, with animal service calls. She now believes her methods are teaching her children a valuable lesson.

"She's not scared of snakes but she doesn't want to touch them, either. That was my goal."