The heroes among us 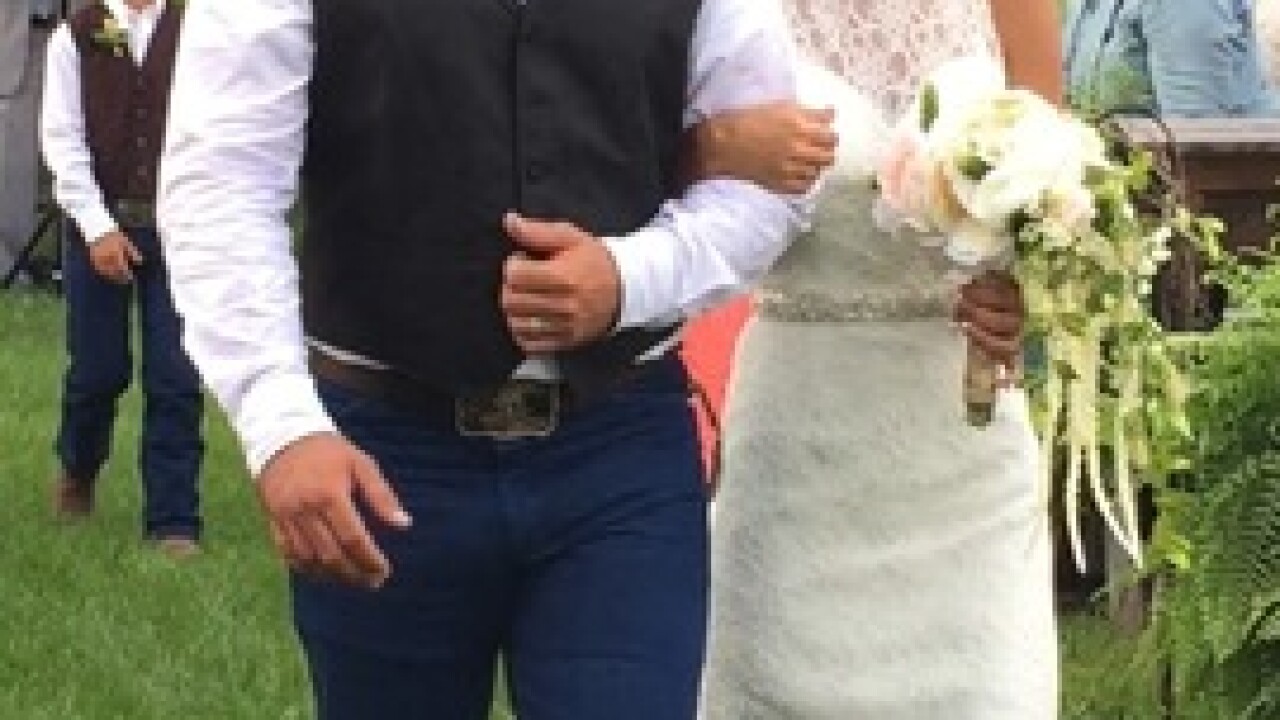 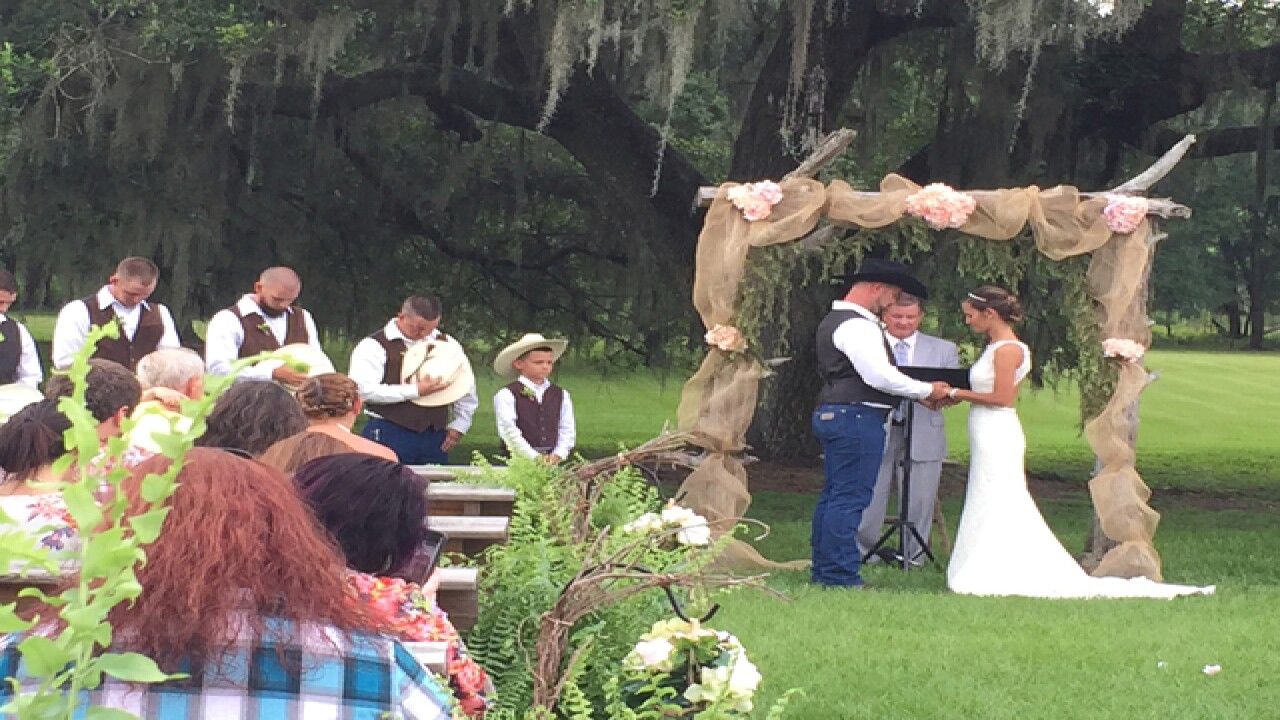 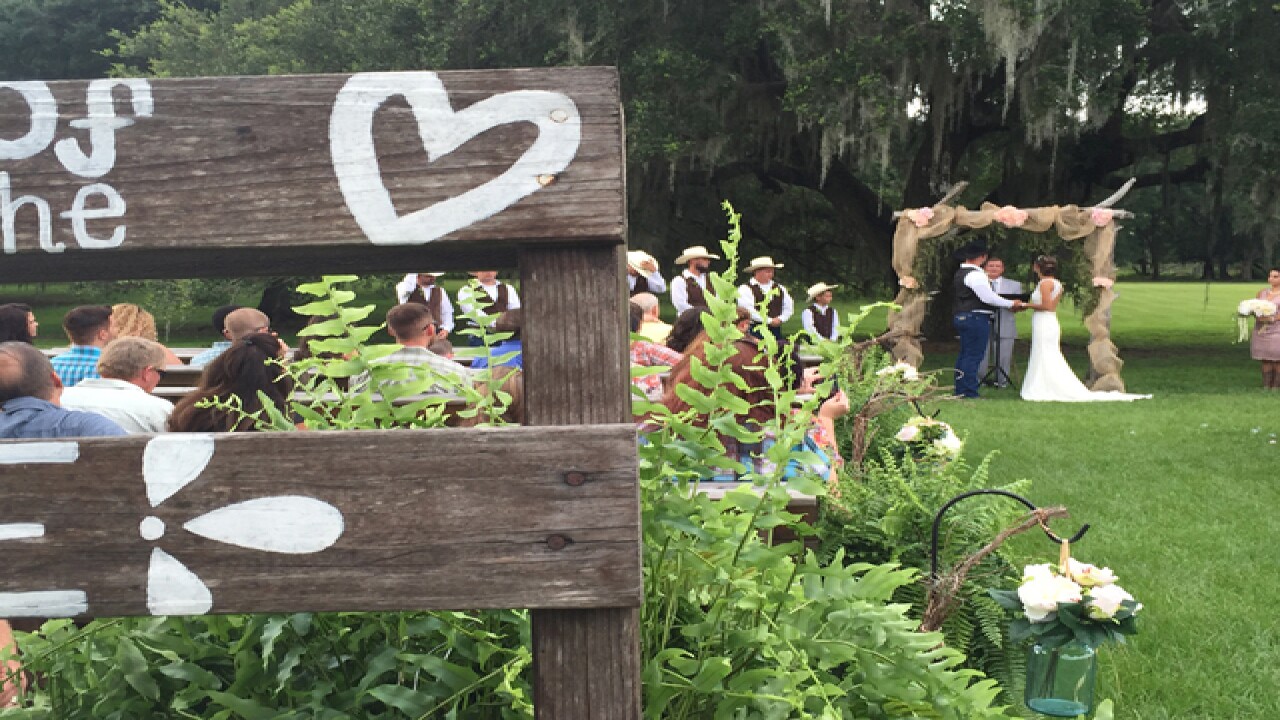 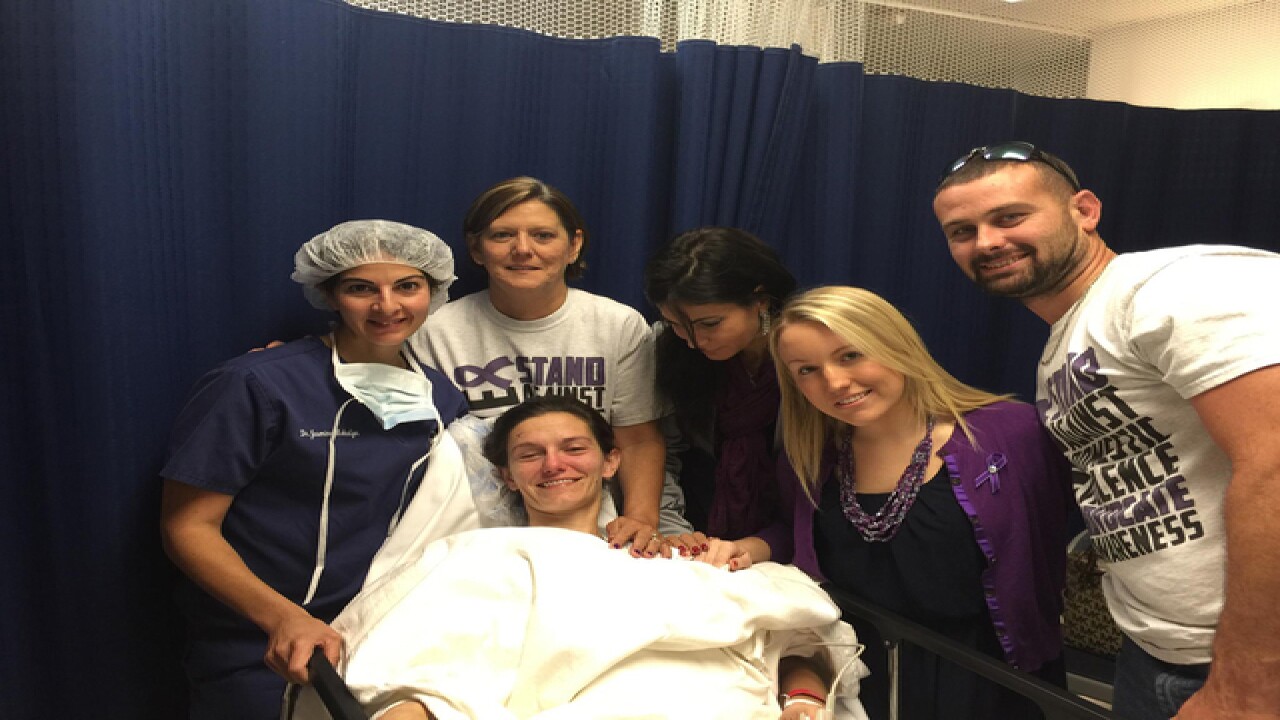 We first met Jessica on the morning of her surgery.
She was heading into surgery to have her right eye removed and she was scared. The damaged eye was the last physical reminder of the domestic violence attack six years ago that nearly killed her.
The team at the Eye Institute of West Florida was ready and welcomed Jessica wearing purple – the color symbolizing domestic violence awareness.
Her surgeon, Dr. Jasmine Mohadjer, was visibly moved by Jessica’s story and the outpouring of support from her medical team.
“Everybody in the operating room today is wearing purple. That’s awesome to see”, said Dr. Mohadjer. “I didn’t even realize how much they knew about what was going on.”
Jessica was there because Dr. Mohadjer had agreed to perform the surgery for free.
The DV survivor on her operating table had lived with searing pain for six years and this surgeon was determined to use her power to stop it.
“I've had patients who've, literally, sat in the dark for a year because they couldn't work. They couldn't drive. They couldn't go outside,” explained Dr. Mohadjer.
“Jessica was becoming that way too, beginning to have a lot of increased pain that was affecting her ability to function."
Jessica’s injuries date back to May 2010 when she was beaten blind by her former husband Thomas. She was ambushed in broad daylight with their son in the car.
Thomas was sentenced to 15 years in prison for two counts of attempted murder. Jessica survived the attack, but suffered from permanent damage to her eyeball that came with chronic pain every day.
By the time her mother Penny found the advocates at the non-profit Hands Across the Bay, Jessica had dropped to 93 pounds at 5’ 7”. Advocates searched and found Dr. Mohadjer who was willing to donate her time and talents to help change Jessica’s life.
“Surgery is what I do. Other people sit in a room and write computer programs all day long and that’s what they do. It’s easy to forget that something ‘small’ to you can be really life changing for someone else,” said Dr. Mohadjer.
That compassion inspired others to give too.
“I kind of reached out to everyone. We got the implant for free. The sutures we got donated. Randy Minor is going to make the prosthesis and has donated that too'" she explained.
Randal Minor became Jessica’s hero #2.
Minor has been making prosthetics for 28 years. He hand-painted not one but two prosthetic eyes for Jessica, to match the iris of her natural eye in daylight and after dark.
“Everything in the prosthesis is little. The tiny silk threads that we inlay in there make it look like the white of her natural eye," said Minor.
He and his wife, owns Randal Minor Ocular Prosthetics in Lutz, FL. Together, these two heroes performed approximately $15,000 in work at no cost to Jessica.
"Thank you so much!” said Jessica, crying as she looked in the mirror and saw her new eye for the first time.
"You're doing the bravest stuff of all by telling your story,” responded Dr. Mohadjer. Her eyes welling up with tears as well, the surgeon hugged her patient and said, “Telling your story... it’s the most important part of it all."
Hands Across the Bay, Dr. Jasmine Mohadjer and Randal Minor took Jessica on a six-month journey to erase six years of agony.
Strangers when they met, forever friends by this Spring, these everyday heroes had planned Jessica’s surgery, post-op treatments, the making of the prosthetic – all of it – with one special day in mind: Jessica’s wedding day!
Enter heroes number 4. Billy and Angela Slappey, owners of the S Bar S Ranch in Lakeland.  They helped this survivor achieve her fairytale ending.
Jessica and Jeramy Criswell said their “I do’s” on the farm in June – surrounded by love and hope.
To see the full story, click on the video.
Copyright 2016 Scripps Media, Inc. All rights reserved. This material may not be published, broadcast, rewritten, or redistributed.