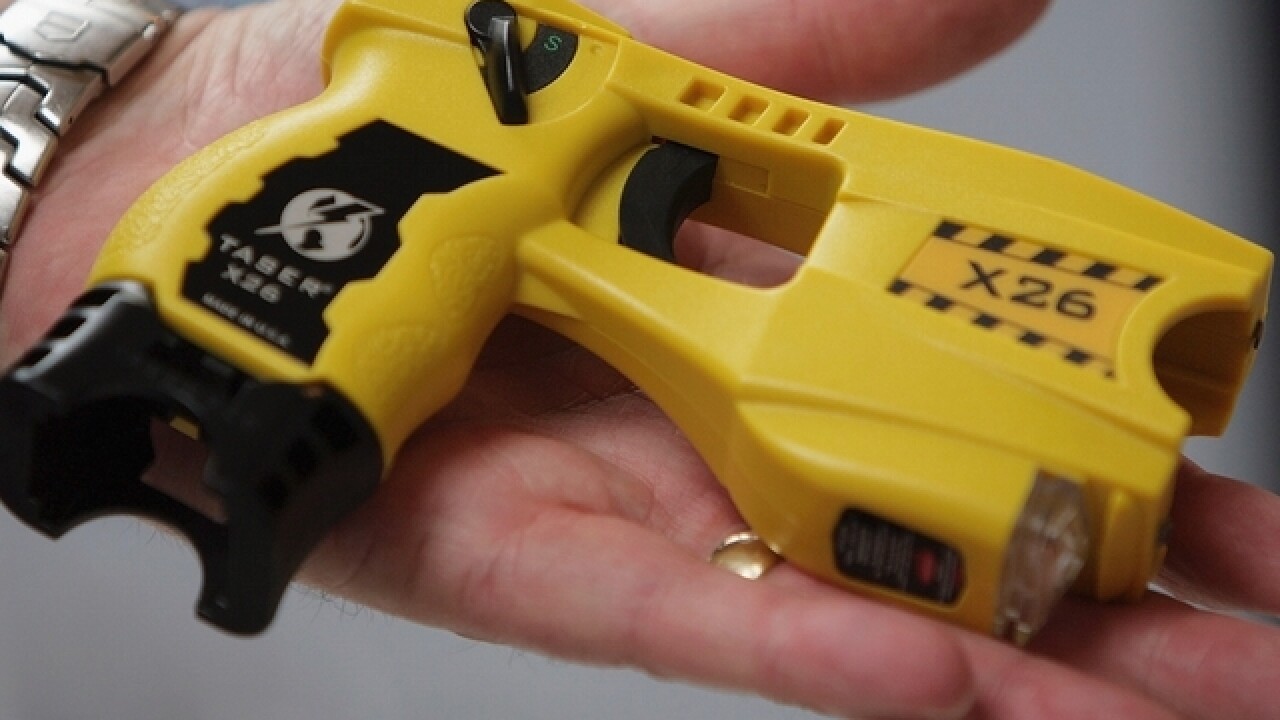 CINCINNATI -- A police officer working an off-duty detail at a grocery store used a stun gun on an 11-year-old girl Monday evening.

The officer was working a detail at the Kennard Avenue Kroger when his attention was brought to the girl and two others who were involved in shoplifting, Lt. Steve Saunders said. The officer gave the girl several commands to stop, and then deployed the stun gun.

Medics at the scene checked on the girl, and later so did staff at Cincinnati Children's Hospital Medical Center, Saunders said. He said that as far as he knows, the girl doesn't have any health issues as a result of the Taser deployment.

Saunders said that a stun gun can be used on anyone between the ages of 7 to 70, according to Cincinnati Police Department procedure.

CPD procedures on use of force state, "The TASER may be deployed on a suspect actively resisting arrest when there is probable cause to arrest the suspect, or to defend one’s self or another from active aggression."

The procedure also notes that officers should consider the severity of the crime, the level of suspicion with respect to the fleeing suspect, the risk of danger to others and the potential risk of secondary injury to the suspect due to their surroundings before using a stun gun.

"An individual simply fleeing from an officer, absent additional justification, does not warrant the use of the TASER," CPD procedure states.

The girl had a backpack full of items, Saunders said. She was charged with theft and obstruction, and then released to her parents. The other two suspects got away.

A Kroger spokesperson said they "are cooperating with the police who are investigating the matter."