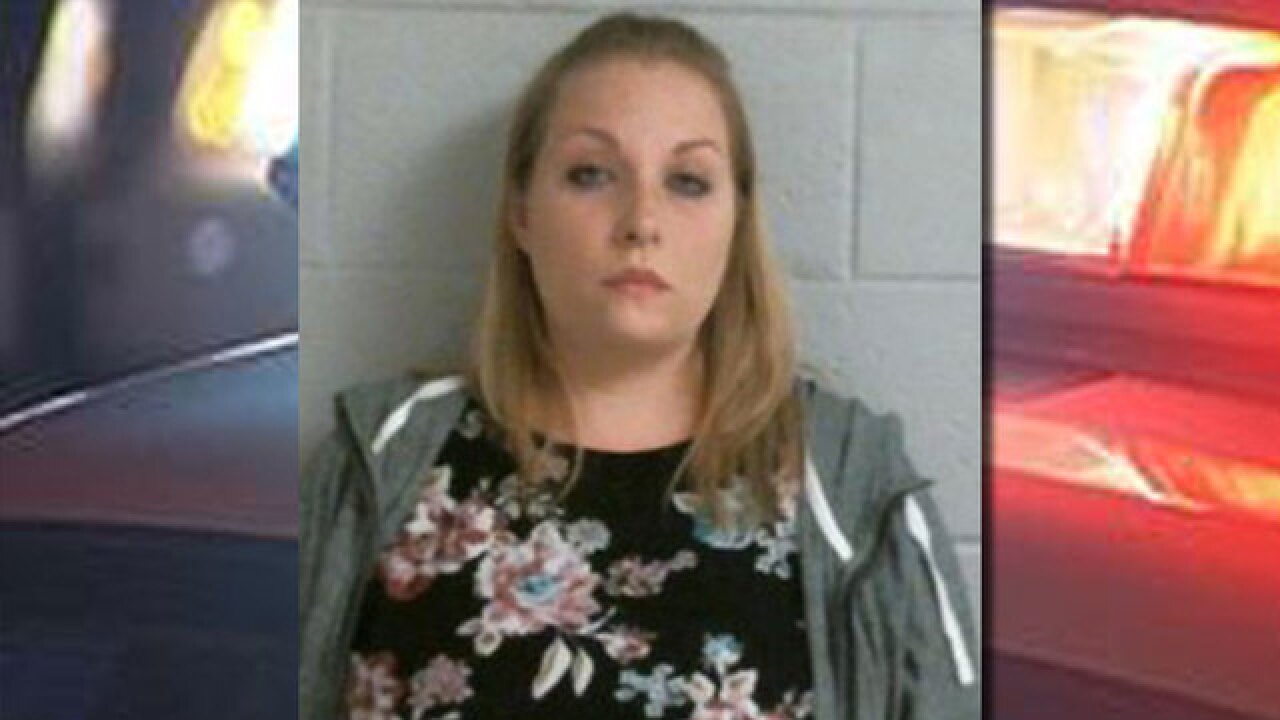 Copyright 2018 Scripps Media, Inc. All rights reserved. This material may not be published, broadcast, rewritten, or redistributed.
Waterford Police

WATERFORD, Conn. (AP) — Police have arrested a Connecticut woman whose autistic 5-year-old son died after he was found buckled into the back of a car on an 86-degree day.

Whitney Bosselman, of Waterford, was charged Monday with criminally negligent homicide and risk of injury to a minor. She was freed on $50,000 bond.

Her son, Christopher, who went by C.K., was found unresponsive in the family car on the family’s property after his mother reported him missing May 3.

Great Neck School staff interviewed by police described C.K. as nonverbal, strong, fast, smart, a climber with no fear, but distraught in the days leading up to his death. School staff told police C.K. could open doors and frequently bolted from classrooms. But they said he struggled with opening juice boxes, and could not button or zipper his pants or jackets, according to the warrant.

At about 2:48 p.m. on May 3, police found the boy buckled into the back of his mother’s Toyota Camry on the family’s property. The doors and windows were closed, police said. The warrant notes the boy died “from hyperthermia due to environmental exposure in an enclosed vehicle,” according to the state Office of the Chief Medical Examiner. The warrant does not specify a time of death.

Bosselman told police she had locked the front door, set an alarm and laid down for a nap between 11:30 a.m. and 12:30 p.m. that day, leaving C.K. alone in the living room.

Bosselman called 911 to report C.K. was missing after she woke up around 2 p.m., checked the house and went outside to search for him, she told police. She said she “believed that C.K. got out of the house via the living room window which leads to the front porch,” stating she found the window open and the screen removed. C.K. was found nude, she told police, because “he did not like to wear clothes.”

Emergency crews tried but could not revive the boy, who’d been found “unresponsive and not breathing.”

Police searched the Bosselmans’ home and found it “extremely unsanitary and unkempt,” according to court records.

Police say Bosselman also had “concerning Google searches” on her phone including a search for “do people cry when they’re dying,” “teen dies in minivan,” and “autistic children and reincarnation.”

Bosselman’s attorney did not respond to a request for comment.