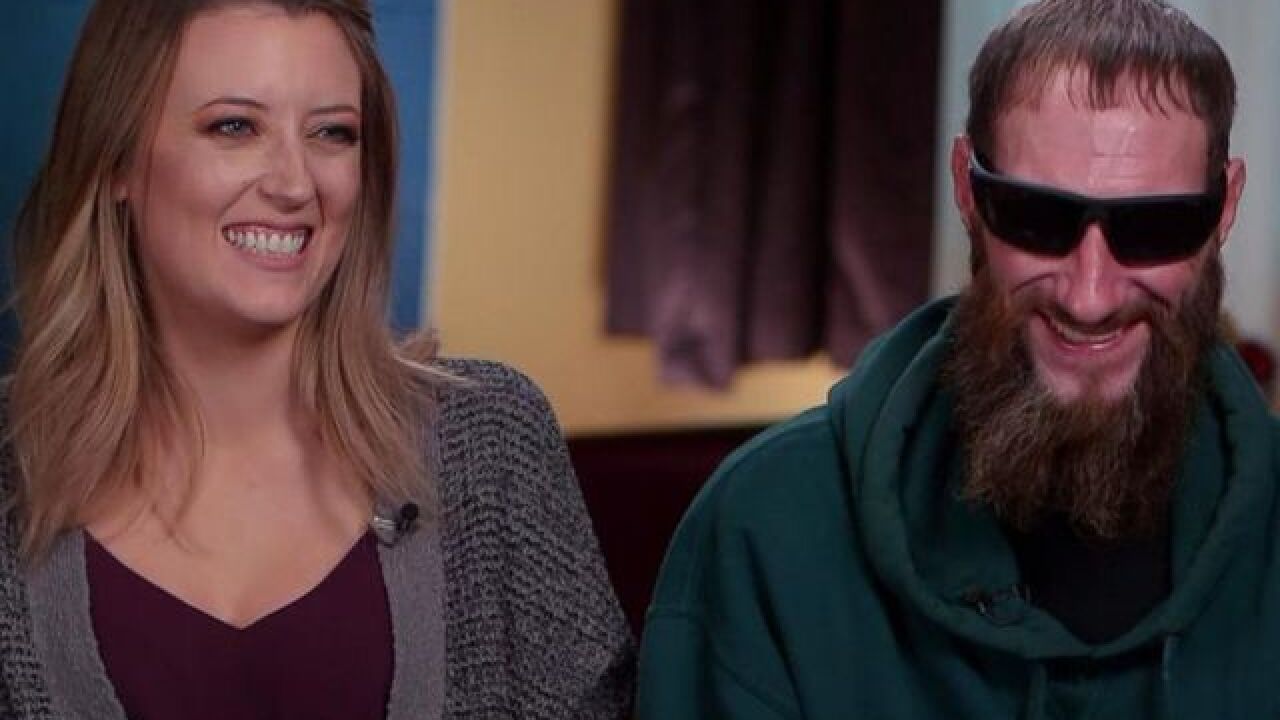 ABC News
ABC News
<p>Kate McClure and Johnny Bobbitt reunite for the first time on TV after Bobbitt helped McClure when her car broke down in Philadelphia.<br />  </p>

A New Jersey judge ordered the couple that raised more than $400,000 on a GoFundMe campaign for a homeless veteran to return the remainder of the funds to him.

Attorneys representing Johnny Bobbitt, Jr., a 35-year-old Marine Corps veteran who gained national attention last year after giving Kate McClure, 28, his last $20 when her car broke down on Interstate 95 near Philadelphia, filed a lawsuit Tuesday against McClure and her boyfriend, Mark D'Amico, 39, claiming that the couple has spent much of the money they raised for him for their own personal benefit.

Bobbitt's attorneys appeared in a New Jersey Superior Court Thursday requesting a temporary restraining order that would bar the couple from spending any more money that was supposed to help Bobbitt "get through the rest of his life." Bobbitt has since returned to living on the streets.

"If the money goes, it goes," Christopher Fallon, one of Bobbitt's attorneys, said in court.

Burlington County Judge Paula Dow granted the restraining order pending a preliminary injunction hearing on Sept. 14. She also granted a request made by Bobbitt's attorneys to prohibit the couple from using the money for "any purposes other than to directly benefit Bobbitt."

The amount of the funds that have been spent is in dispute. Fallon claims that the couple spent about $75,000 on Bobbitt, which would include the trailer and 1999 Ford Ranger truck they bought for him.

On Monday, McClure and D'Amico appeared on "Today," telling Megyn Kelly that about $150,000 was left, Fallon said.

The couple's attorney, Ernest Badway, argued in court that the couple has spent much more on Bobbitt. McClure and D'Amico have used about $200,000, which include the trailer, truck and giving Bobbitt cash for his everyday necessities, Badway said, citing records he has seen.

They are currently preparing the accounting that will "show where the money went," Badway said.

The properties were placed in the couple's names at the request of Bobbitt, Badway said. But, Bobbitt did not have an attorney or financial adviser at the time, Fallon said.

After the fundraiser ended, McClure and D'Amico set up appointments with attorneys and financial advisers for Bobbitt, but he "never showed up," Badway said. The couple also "took time out of their own schedules," including their jobs, to bring Bobbitt back and forth to rehab centers on a daily basis, Badway said.

Because of that, the couple did not open a separate bank account of trusts in Bobbitt's name, as they promised they would in the GoFundMe campaign. The remainder of the money is one of their accounts, Badway said.

Dow said she ruled in favor of Bobbitt because "immediate" or "irreparable harm" could occur if the remaining funds are depleted.

While she acknowledged that it has not been proven at this time that McClure and D'Amico used the money for their personal benefit, Dow emphasized that Bobbitt is a "homeless individual without access to certain basic needs" and could suffer continued homelessness and lack of food if the money is disperated.

"The balance of relative hardships clearly and convincingly favors plaintiff at this time," Dow said, adding that "the harm to the defendants here is relatively minor."

Badway described the judge's ruling as a "harsh remedy" because the couple plans to file counterclaims for thousands of dollars worth of items and cash that Bobbitt allegedly stole from them. Badway also expressed dismay at having to transfer the money before the holiday weekend.

But, Dow ordered that the money be given to Bobbitt's attorneys before Labor Day.

"The bank is open Friday, most banks are open Saturday," Dow told Badway. "And if the monies aren't in the bank, they can pull their money out of their pillowcases and have them delivered to you to be handed over and placed in a trust account -- an attorney trust account," she said.

Bobbitt dropped out of rehab in the winter when D'Amico, a carpenter, began working on a new job and was not able to drive him to the center every day, Badway said.

In addition, McClure and D'Amico let Bobbitt live with them for several months, during which time he invited his brother, who allegedly is also addicted to drugs, and "half a dozen homeless people" to stay there with him two when the couple was not at home, Badway said.

People have made death threats against the couple, Badway said.

"Please don't rush to judgment," Badway said. "When you see it, the numbers that we're talking about are not that far off."

Badway said that Bobbitt's attorneys have "done a great disservice to their client" because many of the thousands who donated to the fund have requested their money back.

Dow also expressed concerns over a "chilling effect on philanthropic donations" that could result from the case and the publicity it has garnered.

Bobbitt was still contacting McClure and D'Amico as of Aug. 14 to ask for money, Badway said. All communication between the two parties should now be done through their attorneys, Dow instructed.

He is now "hopeful" and "optimistic" as he completes another stint in rehab, Fallon said.

The lawsuit is seeking compensatory damages and interest, funds of counsel fees and costs of the lawsuit and accounting of all funds donated to the GoFundMe account.

Bobbitt's attorneys are working with him pro bono, at least on a "short term," Fallon said.