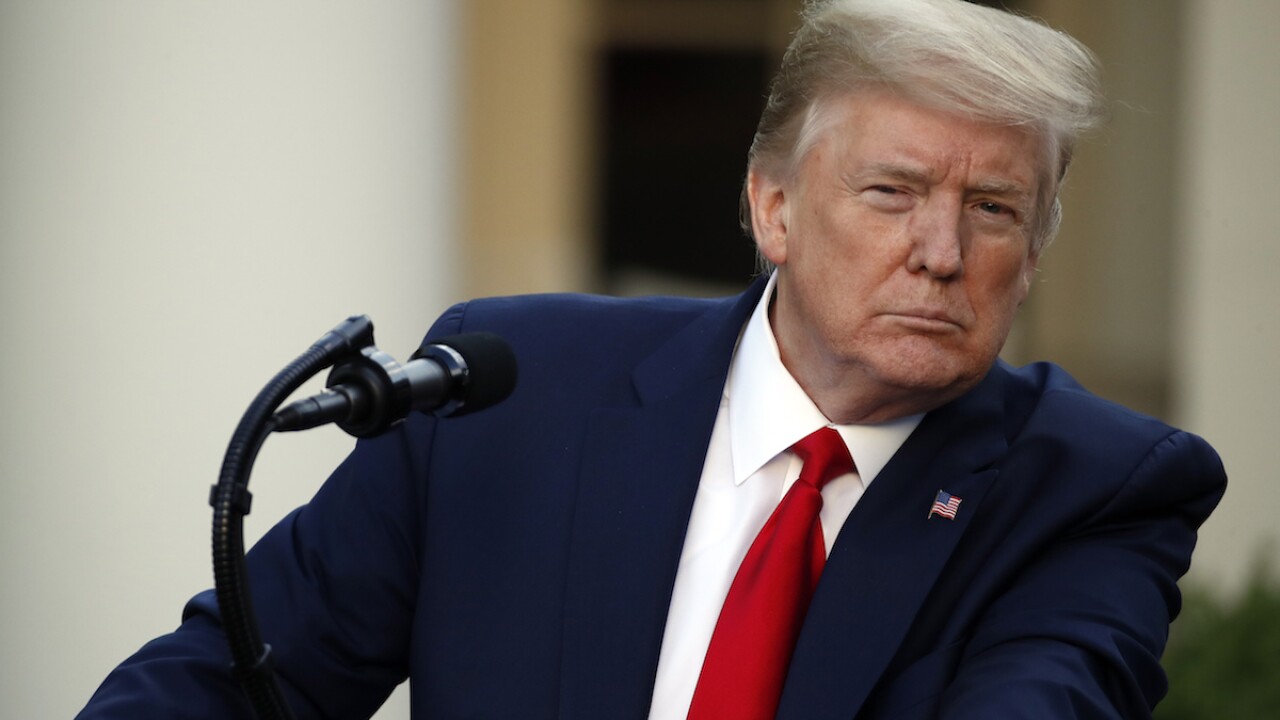 Copyright 2020 The Associated Press. All rights reserved.
Alex Brandon/AP
President Donald Trump listens to a question as he speaks about the coronavirus in the Rose Garden of the White House, Monday, April 27, 2020, in Washington. (AP Photo/Alex Brandon)

President Donald Trump said on Wednesday that the House Democrats’ $3 trillion stimulus plan is “DOA,” indicating that funding for mail-in ballots for this November’s election is a nonstarter.

Answering questions from the White House during a meeting with governors, Trump added that a next phase of stimulus funding would need to include liability protection for companies. Whether he would be open to passing another round of stimulus funds, Trump said, “I don’t know, it depends.”

On Tuesday, Senate Majority Leader Mitch McConnell also stated that companies would need to be protected from lawsuits in order for his GOP-led body to approve legislation.

McConnell said the Senate is drafting its own plan, which would provide liability protection, claiming that coronavirus-related lawsuits are dragging the economy down.

“This is exactly the kind of hostile environment that could keep our recovery from challenging the downright impossible,” McConnell said. “From challenging to downright impossible. So the Senate Republicans are preparing a major package of COVID-19 related reliability reforms to foster our economic recovery . This package with which Senator (John) Cornyn and I are spearheading would add new protections to the people who've been on the front lines of this response and those who will be on the frontlines of our reopening.”

The House plan drafted by Speaker Nancy Pelosi includes $3.6 billion toward funding support for mail-in ballots this fall. Trump has repeatedly claimed, without providing evidence to back his claims, that mail-in ballot invites fraud.

But the bill also includes nearly $1 trillion in funding for states and local governments, as many states and towns prepare to make massive and unprecedented cuts to local services such as police, fire and schools. Trump has in the past expressed opposition to bailing out state and local governments on the verge of financial ruin due to a lack of tax revenue.

Another $200 billion would be set aside to pay for hazard pay for employees.

The bill would also provide Americans with another round of $1,200 stimulus checks, and extended expanded unemployment.