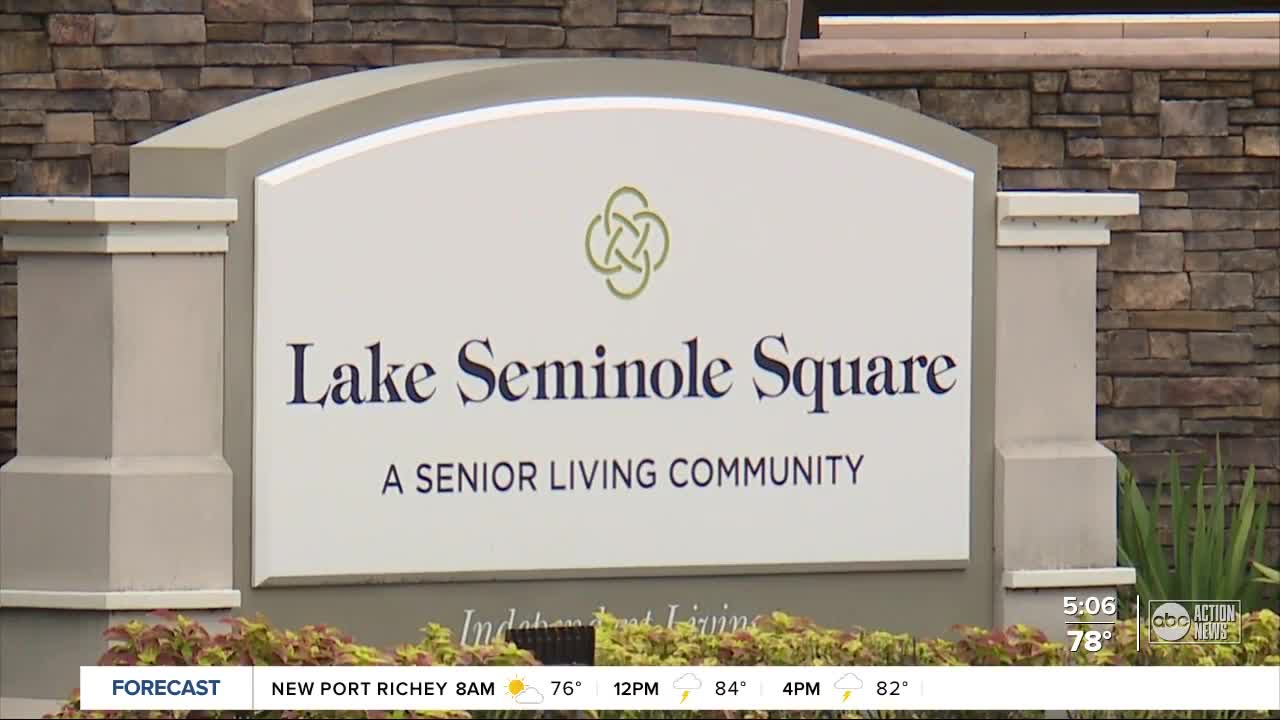 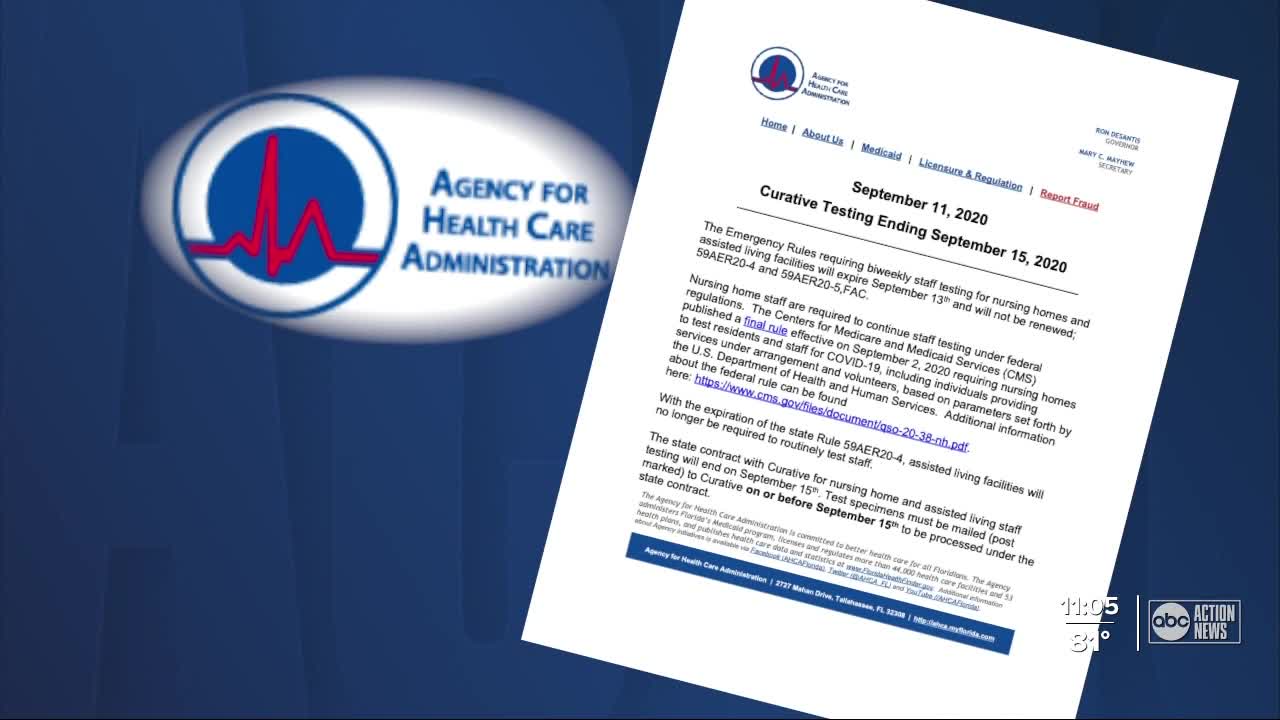 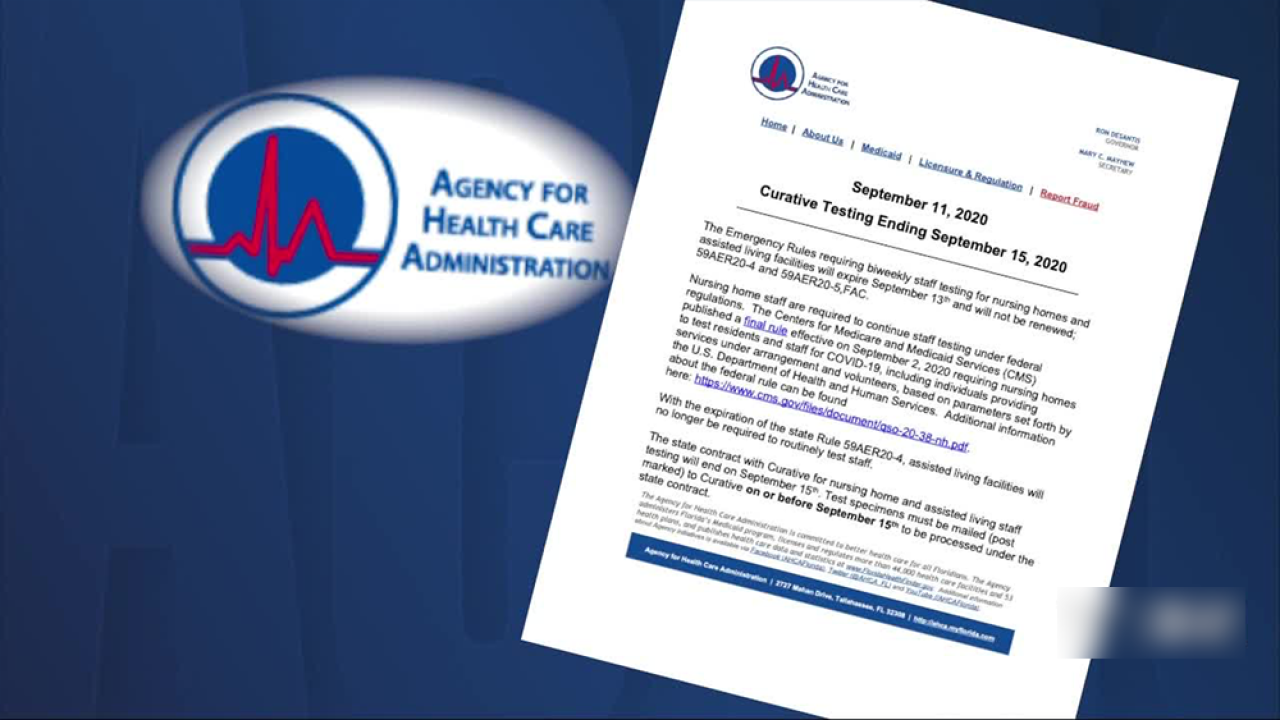 The Agency for Healthcare Administration (AHCA) sent a notice to providers Friday. It said emergency rules requiring biweekly staff testing for nursing homes and assisted living facilities expired on Sunday, September 13, and would not be renewed.

The state contract with the company, Curative, ended September 15.

The notice stated while nursing homes are still required to continue staff testing under federal regulations, “With the expiration of the state Rule 59AER2004, assisted living facilities will no longer be required to routinely test staff.”

“Without testing, now the concern is how are we going to monitor? Where’s the benchmark? We know where we are now, but unless they financially take on the continuation of testing there will be no methodology to know in assisted living,” said Veronica Catoe, the CEO of the Florida Assisted Living Association.

The group represents hundreds of facilities across the state, with advocacy and education. Catoe said some providers want to see testing requirements continue for at least another month, as they allow more people in the facilities.

“We’ve -- I’d like to say -- flipped a switch. And how can you go from having absolutely no one from your community and these resident homes to having an order that says do it, doesn’t give a timeline, but there’s a lot of pressure to do it immediately on social media and you know to minimize the impact, the negative impact on what they’re doing. How can they keep people protected and testing is imperative,” she said.

Catoe said there are also concerns about not having enough financial support from the state and federal government for assisted living facilities, and questions about civil liability.

“Now that we’ve opened the doors, we have these additional risks if something happens where’s my liability lie? And how can I be accountable and prove I’ve done everything without a shadow of a doubt to keep people protected?” She said.

“While on the one hand, we’re really excited to have families back in our communities, that also creates new challenges,” executive director Douglas Adkins said.

Adkins said he’d like to see a regulatory framework from the state.

“A common-sense approach that makes sense without adding additional burden additional cost to the back of the facilities,” he said.

Adkins said he received an email this week from HHS notifying him the facility would be receiving Abbott BinaxNOW COVID-19 Ag Card Point of Care SARS-CoV-2 diagnostic tests from the U.S. Department of Health and Human Services within the week.

In August, President Donald Trump announced the purchase of 150 million of the rapid tests to be sent across the country.

“We’re very appreciative of the fact these are arriving just as Florida’s disengaging. We’re very thankful for the assistance, but we need to have a framework in Florida. We need to have a framework, kind of in an organized way that allows for these federal resources to befall into the proper framework so we know how to proceed properly and how to make sure they’re dispensed in the right way,” he said.

However, others are okay with the testing changes.

“I’m not a real big fan of the tests that take five days to get a result back,” said Mary Daniel.

Mary Daniel sits on the governor’s task force that provided guidelines to the governor on reopening long term care facilities. She also founded the group Caregivers for Compromise. She doesn’t think the testing was the most efficient. Instead, she said she believes rapid testing is the end game.

“I am not really worried about the fact they’ve gone away, I do believe they’ll come back in a more reliable rapid test down the road. So I’m perfectly fine for us to just rely on safe techniques, PPE use, hand washing, just the basics of that will keep us safe,” she said.

While some families are reuniting, Daniel said she’s frustrated as she continues to hear stories of some facilities not following the state orders and guidance on visitations.