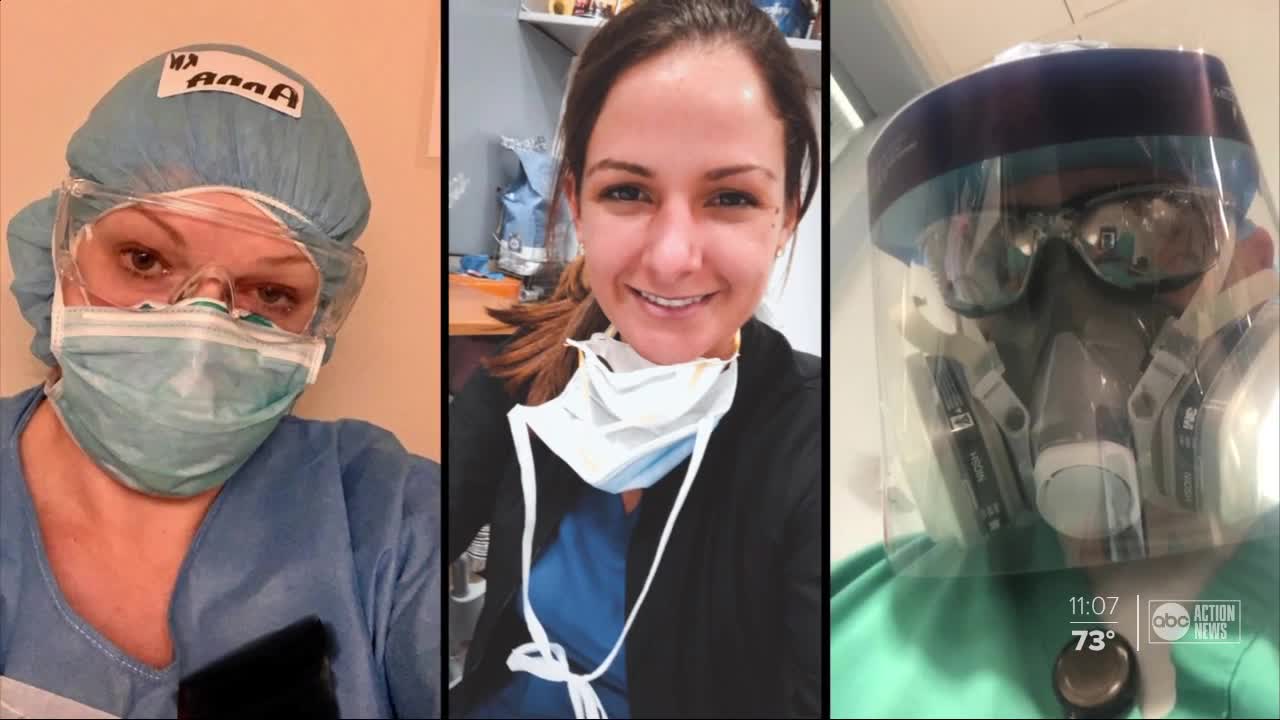 Florida nurses are stepping up to help in one of the country’s locations hard hit by the pandemic: New York City. 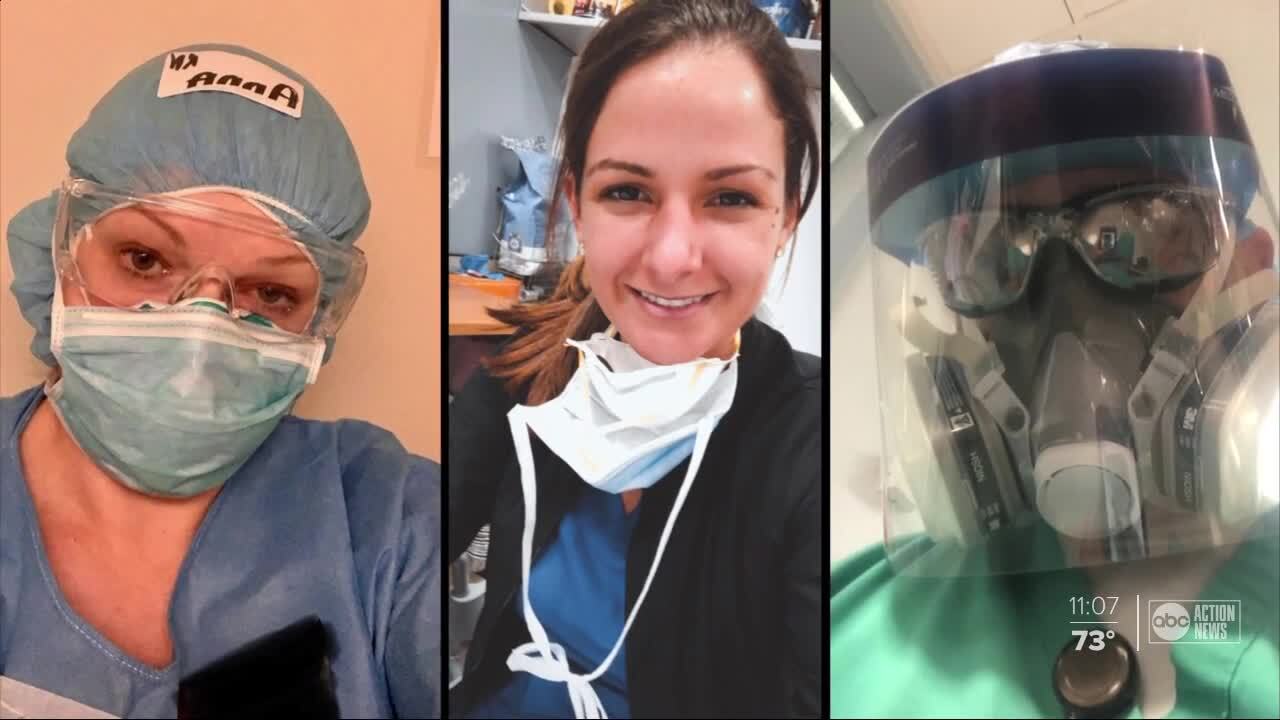 TAMPA, Fla. — Florida nurses are stepping up to help in one of the country’s locations hard hit by the pandemic: New York City.

They shared their experiences with ABC Action News.

“I call it, 'The Wild West' of nursing, just make it through a shift,” said Anna Hansel.

Hansel is from Lakeland but through NuWest Healthcare, a travel nurse company, she went to work in New York City. She said she’s always had ingrained a sense of duty, with her two teenage daughters serving as her biggest motivation.

“I might not be able to save the world, but I can help,” she said.

Hansel first talked to ABC Action News two weeks ago. At that time, she described the business of dealing with some of the sickest patients.

“Just running crazy, sustaining the lives and all these patients are in cardiovascular failure, on top of respiratory failure,” she said.

Hansel described having up to five ICU patients at a time, even ones in their 30s. And at one point, running out of body bags.

Since then, Hansel describes a situation that’s better staffed, dealing with one to two patients now, and said they are starting to see positive outcomes.

Like Hansel, Danielle Swenson answered the call, also through NuWest. The ICU nurse is from Sarasota but plans to work in NYC into June.

“It’s an organized chaos. I think it’s been here so long they’re starting to get used to it and we’re staring to know how to treat the patients but by no means is it familiar. This is something I’ve never experienced as an ICU nurse,” Swenson said.

Swenson said everyone is doing their best.

“It gives you chills when you see everyone working together to try to figure this out and stop the spread of this. I feel like I’m part of a team,” she said.

Her message is one of hope.

Matthew Simpson is a CRNA out of Clearwater and a graduate from USF's program. He recently returned to Florida from NYC.

“It’s so calm nobody’s out the restaurants are all closed, they’re on pretty strict lockdown, and conversely as soon as you set foot in the hospital it’s chaotic,” he said.

Simpson said it was astonishing to see how many patients there were. Now home, he’s reminding people to not have a false sense of security.

“Even though we’re getting to a point things are going to start open back up it doesn’t change our ways of managing this,” he said. “They still need to be following CDC guidelines.”

Governor Ron DeSantis had proclaimed the entire month of May as "Florida Nurses Month."