COVID-19 testing sites feature soldiers looking after their own 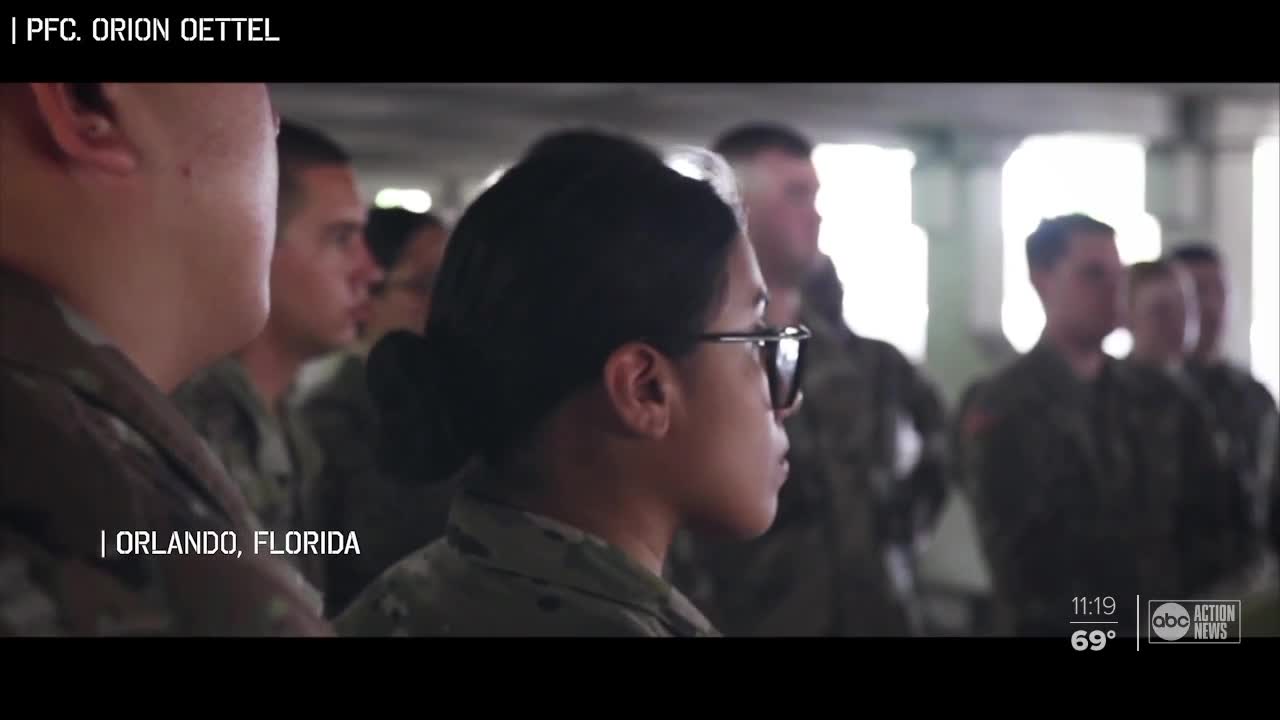 Florida National Guard troops are currently stationed at 10 community-based testing sites in the state. These men and women are on the frontlines. Easing the minds of frightened Floridians looking for answers. In some cases, they could even be your neighbors as they live and work right here. 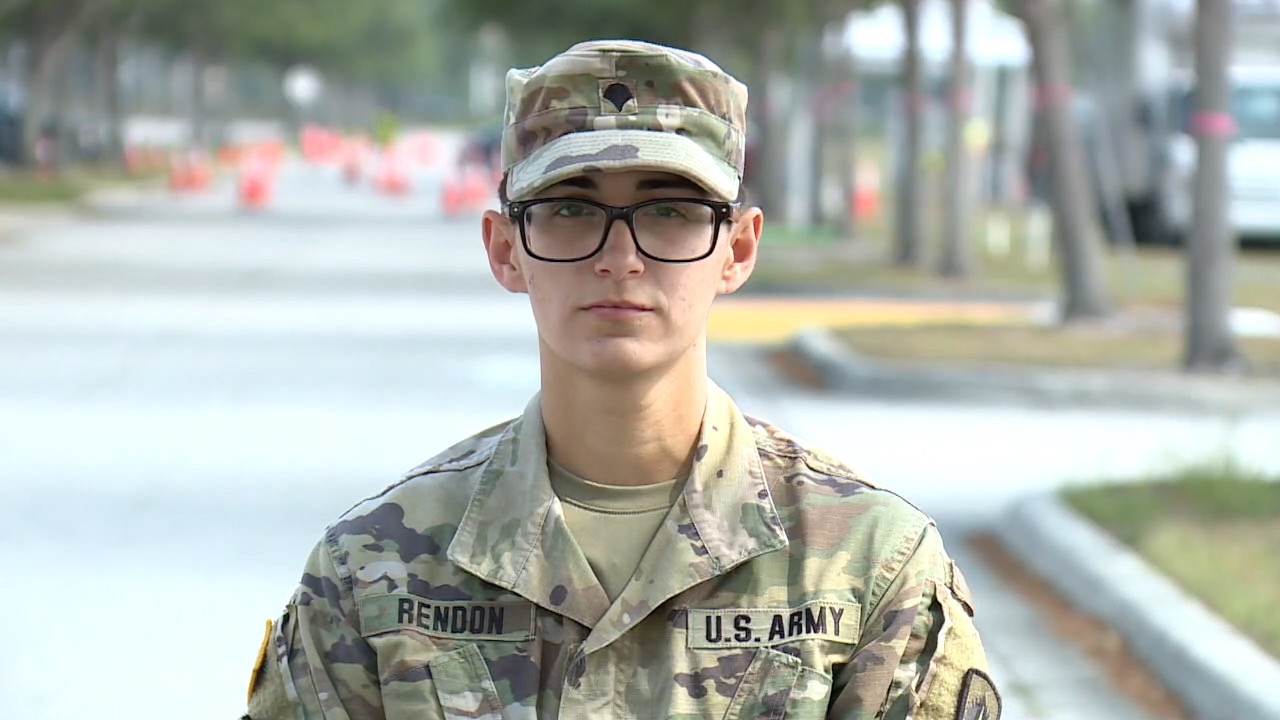 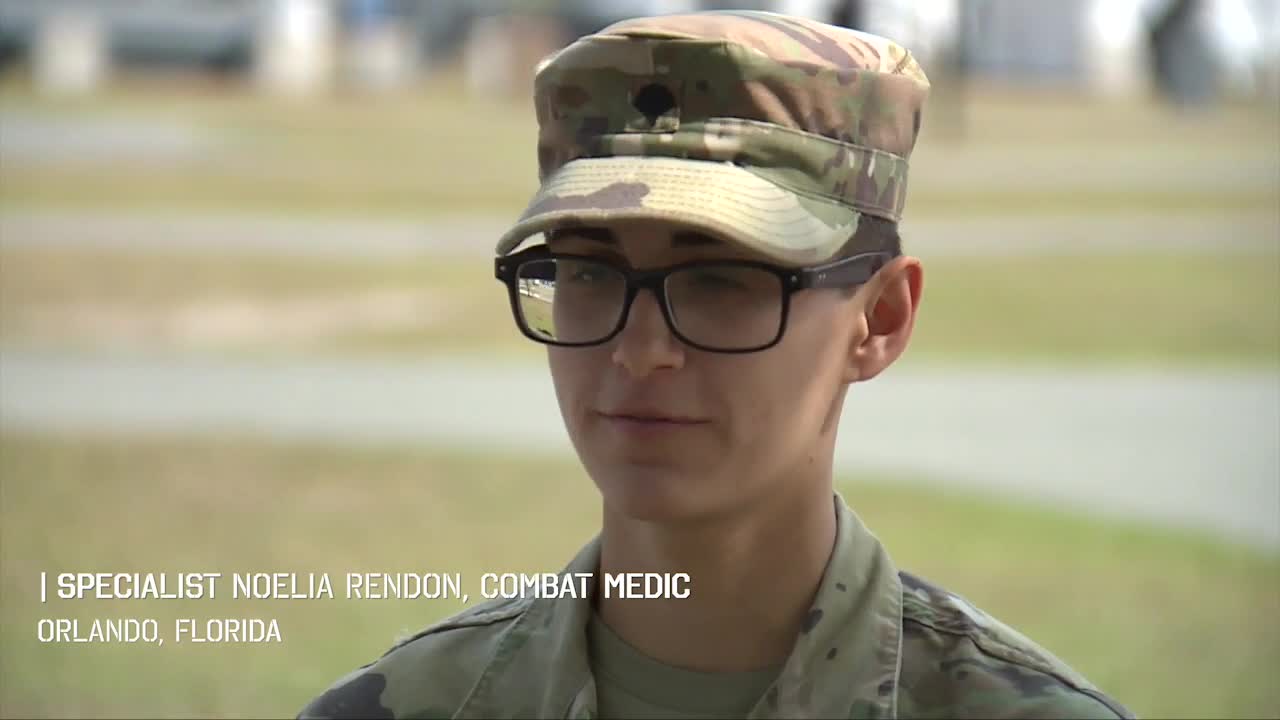 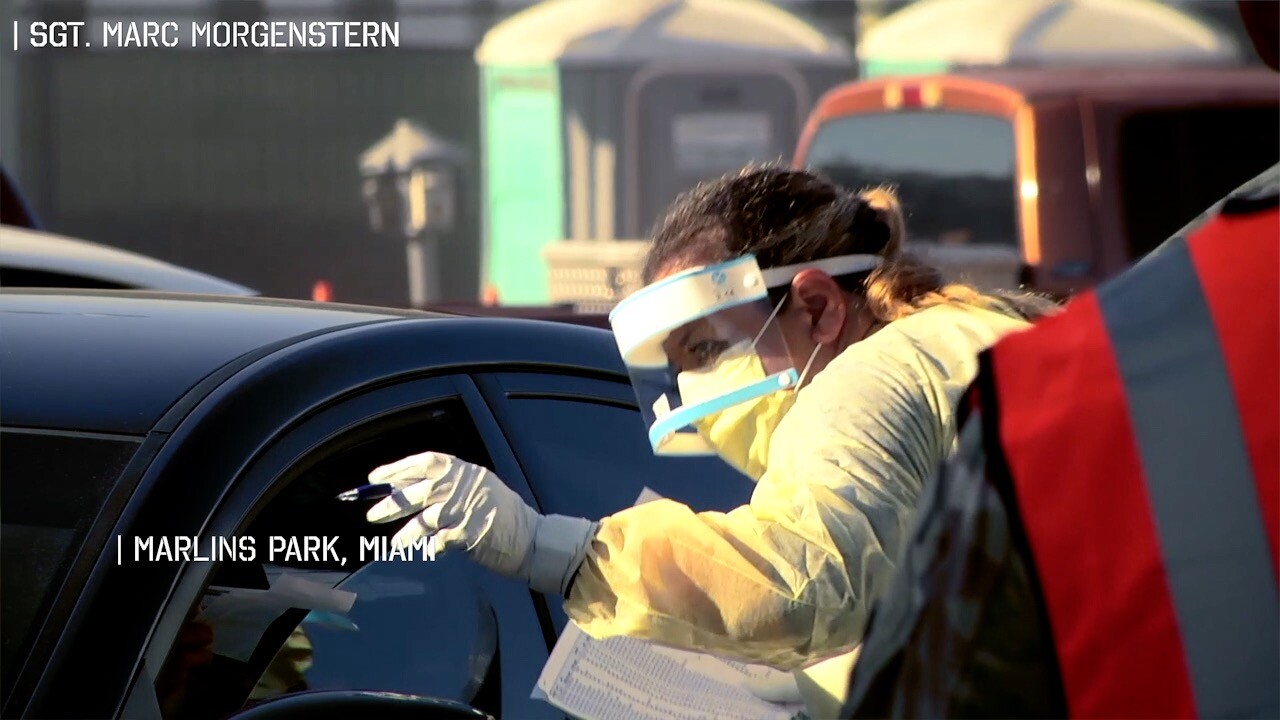 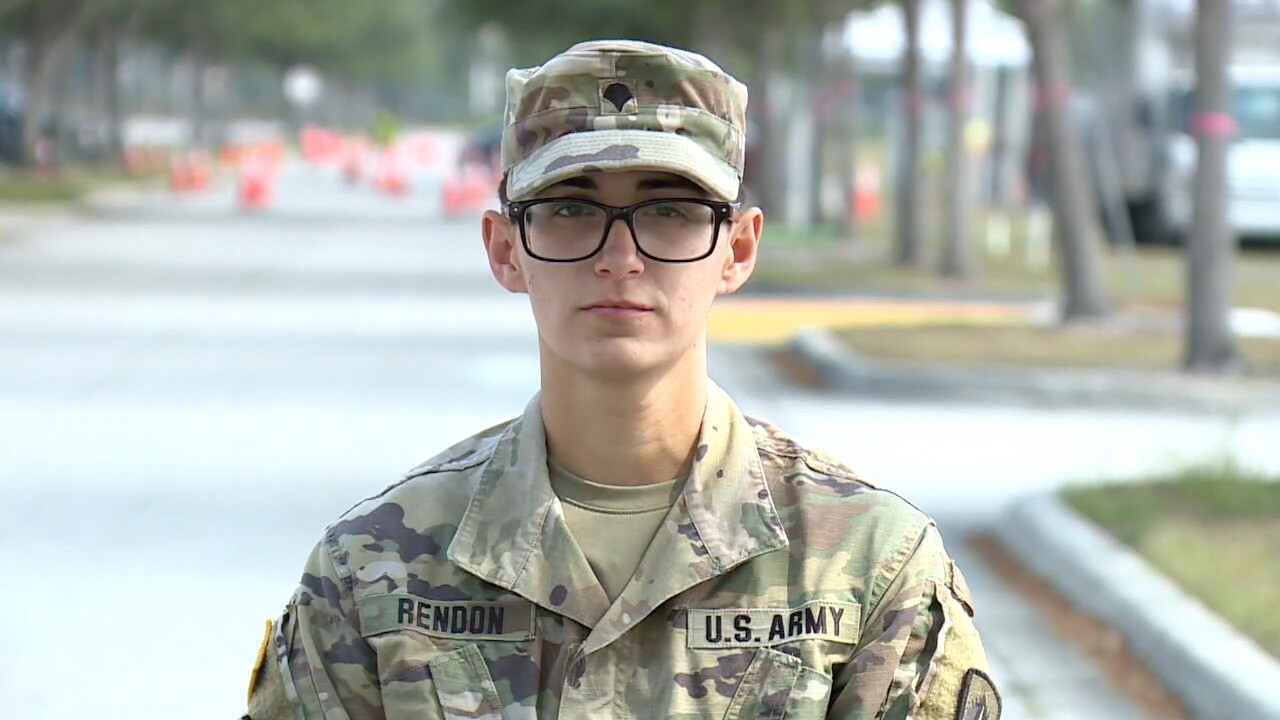 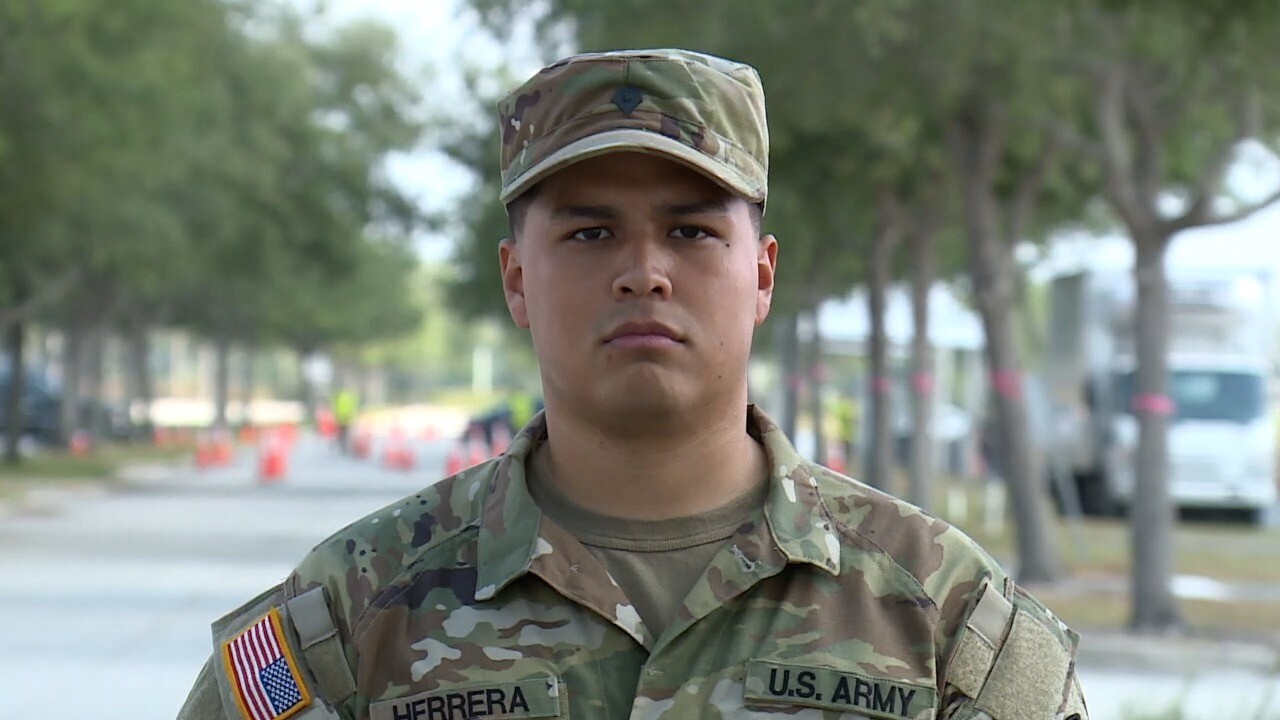 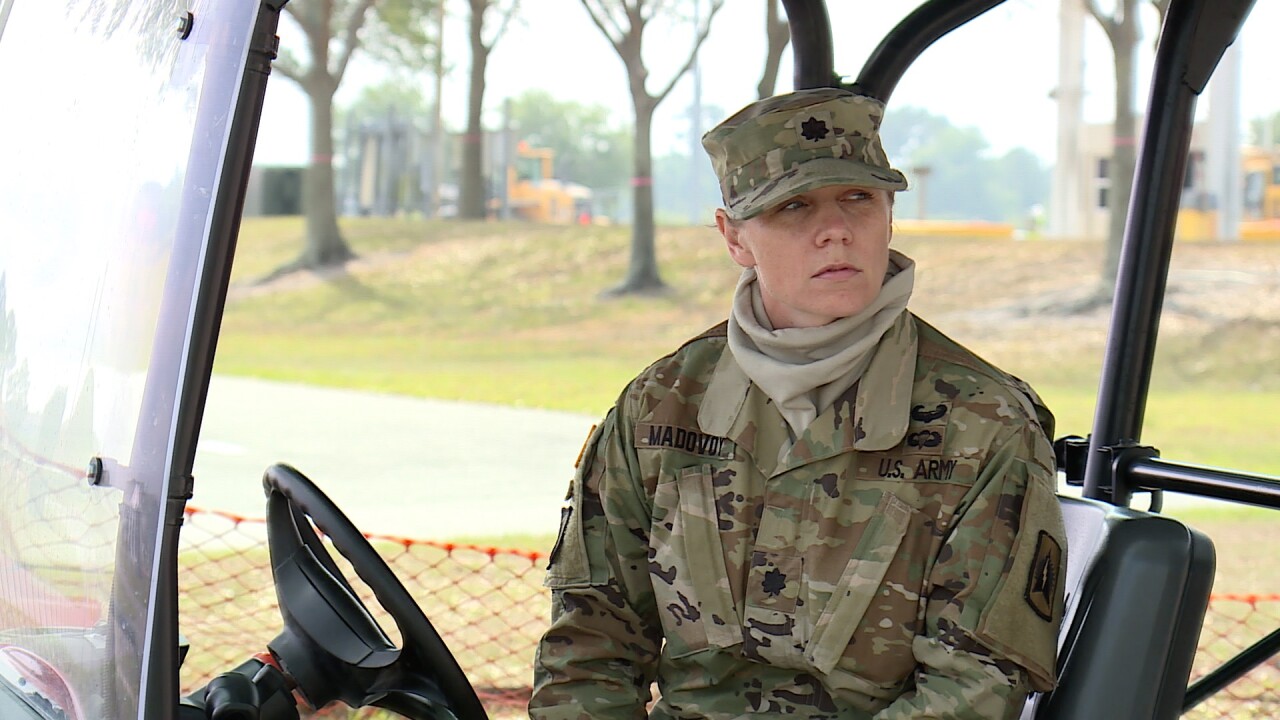 ORLANDO, Fla. — Across Florida, the boots of National Guard soldiers are scattered across 10 sites. Ushering in long lines of cars, these men and women come dressed in personal protection equipment and armed with a cotton swab. They spend their days testing residents for COVID-19.

The Florida National Guard has 2,316 Guardsmen on duty in support of Florida's COVID-19 response, and are operating ten Community Based Testing Sites (CBTS) and have administered 54,254 sample collections to date at those sites.

While most of them have ‘day jobs’ and a life outside of their National Guard duties, at this moment in time, this is their ‘day job’ — serving the communities that they love and care about. Establishing a bigger connection with the communities they live in.

“It’s definitely more emotional because this is my hometown,” said Specialist Noelia Rendon, a combat medic.

Specialist Noelia Rendon lives in Orlando and is currently stationed at the Orange County Convention Center. She’s a combat medic who administers the COVID-19 tests at the site. This is a her third deployment with the National Guard. In her very first one, she worked with a surgical team stabilizing wounded combat soldiers in Southeast Asia during Operation Inherent Resolve and the fight against ISIS. A hostile environment is very different from this one but having the same common thread — helping people.

“Being able to help them in any way that you can, ease their mind and then send them forward. It was an eye-opening experience,” she said.

Specialist Daniel Herrera, another combat medic, stands side by side with Rendon on the frontlines. A month into his third deployment, he is also a Florida native with family all over the state.

“This is affecting neighbors, family members and people we know. When it hits that close to home or even at home, we take it closer to heart and just want to give it that much more,” Specialist Daniel Herrera told me outside the testing site.

He has served in two hurricanes before this and says it’s the direct contact with the affected civilians that makes it a much different situation.

Even though they are local, neither of these soldiers can leave the site. They have been away from their families for over a month. Noelia says no one in her family has been infected with COVID-19, and neither has any of Herrera’s family members. While they feel grateful for that, it’s not lost on them that their families are worried about them back home.

“Letting them know that we are protected and taken care of helps them with any uncertainty they might have,” Herrera told us.

The FLNG has deployed Mobile Testing Teams to carry out COVID-19 testing at assisted living communities. To date, we have performed testing at 18 locations, and collected a total of 2,732 samples.

Both soldiers know that their families can take pride in the fact that they are doing whatever it takes to help everyone that pulls up in that line.

The gravity of the situation becomes more evident as slightly opened car windows reveal the eyes of scared families coming for coronavirus tests. They go through the process with them. Try to ease their minds. Engage with the children in the car. All of this, helping too calm any fears that might be present. A fear that isn’t only present inside the vehicle.

“There is always some fear in the back of my mind. But that is really why I signed up. To help the community and the country as much as you can,” Specialist Noelia Rendon told me.

The possibility of the unseen enemy is always in the back of their minds. That is what they are here for, and they want the community to know they are here to do their part.

The FLNG is supporting airport screening operations in support of the Florida Department of Health at seven airports:

That sometimes includes even using humor as a way to ease the minds of residents.

“I’ll tell them if they have to sneeze, please sneeze on your husband or your boyfriend or someone else in the car. Just not on me,” Rendon said.

She even asks kids to pretend they are a superhero or a princess “as she is about to pick their nose for them.” Herrera simply states that, “this might tickle a little bit.”

Lt. Col. Tina Madovoy couldn’t be proud of her soldiers in such a tough time for everyone.

“I know our soldiers are very happy to be here giving back to where they live and making a difference,” Lt. Col. Tina Madovoy told us.

Through all of it, Rendon and Herrera have one message for Florida residents.

“Whether we’re stationed here or anywhere else in Florida, it’s important that the community know that we are here for them. The location might change, but the mission does not,” Noelia Rendon said.

It is important that everyone follows the guidance put out by the Florida Department of Health and the Centers for Disease Control and Prevention.

More information about COVID-19 and the State of Florida's response