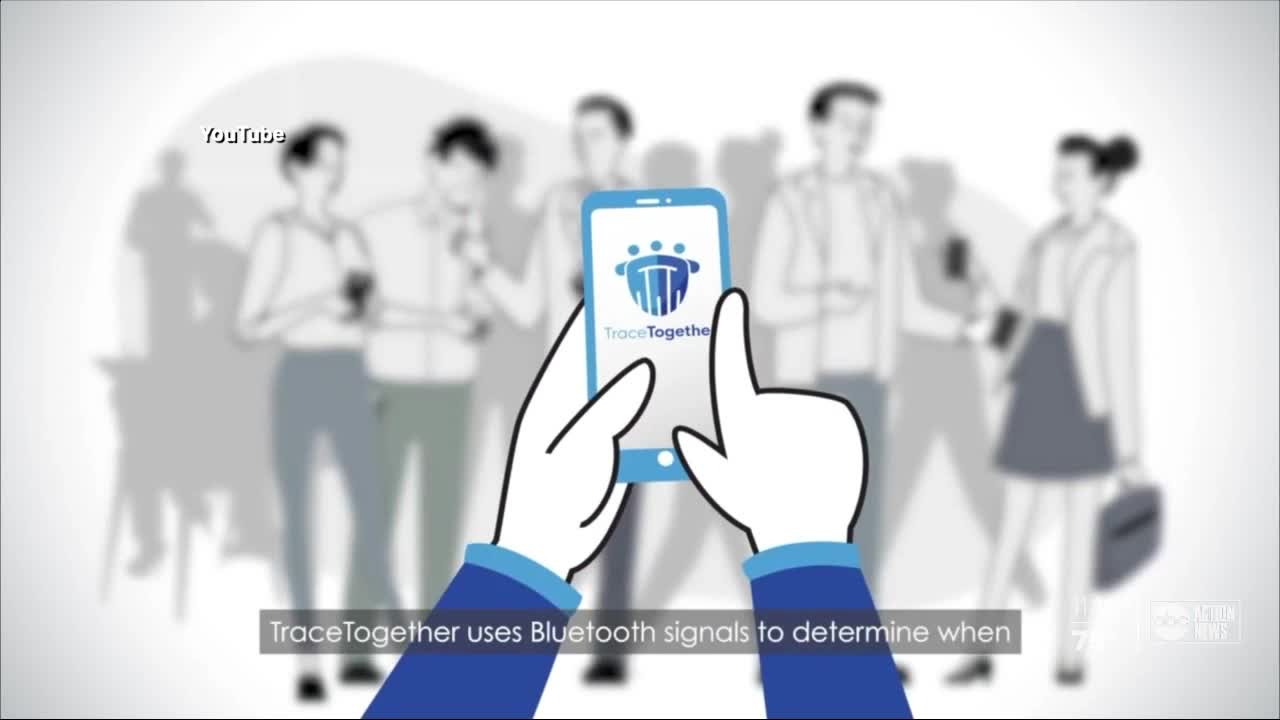 As the United States struggles to contain the spread of COVID-19, the Singapore Government has already launched an app to track positive coronavirus infections. As the United States struggles to contain the spread of COVID-19, the Singapore Government has already launched an app to track positive coronavirus infections.

The website says the app was "developed to support existing nationwide efforts to combat COVID-19, by enabling community-driven contact tracing."

The FAQ also talks specifically about privacy, telling users they must allow permission for the app to collect information.

"This allows you to be informed if you were in prolonged physical proximity with an infected person. While this is an urgent public health emergency, we are committed to safeguarding your privacy and ensuring you have control over your data," the website said.

"These are all permissions based. The app would have to ask for specific permissions to track your location while you are using the app, or all the time, or never in most cases. Or, if they wanted access to any other kind of data like contacts or to your health data or things like that, those would all have to be individually asked," he said.

Neff said for the greater good of society to stop the virus, he would use a tracking application.

"That's pretty important. Stuff that's something I think most people would be willing to say, I'm located here in Tampa in this general part of town. If it's going to help us contain the spread or to stop the spike," Neff said.

Researchers at Oxford University are working with the United Kingdom's National Health Service to develop applications to trace confirmed cases.

Their findings published in Science Magazine state that mathematically, they could find out in four hours if someone was close to an infected person. The study said disease detectives tracking contacts through traditional methods could take at least three days.

Researchers said more efficient tracking "could help reduce the serious social, psychological, and economic impacts caused by widespread lockdowns. The mobile app system that we have mathematically modeled is simple and would not need to track location. It would use low-energy Bluetooth to log a memory of all the other app users with whom a given user has come into close proximity. If one person becomes infected, their contacts are alerted instantly and anonymously, and advised to self-isolate."

In South Korea, a non-government website was recently launched allowing the public to track confirmed cases in real-time. The wesbite posted the data in an interactive map.

The technology is allowing users to search a map showing parts of town where infected people traveled.

"If you are interested in helping out and stopping the spread of something like coronavirus, these apps can be very useful," Neff said. "You just have to know the cost of the privacy you are giving up. But, a lot of us do this every day with Facebook, Instagram, and Twitter."