Community continues debate on adding toll lanes to I-275 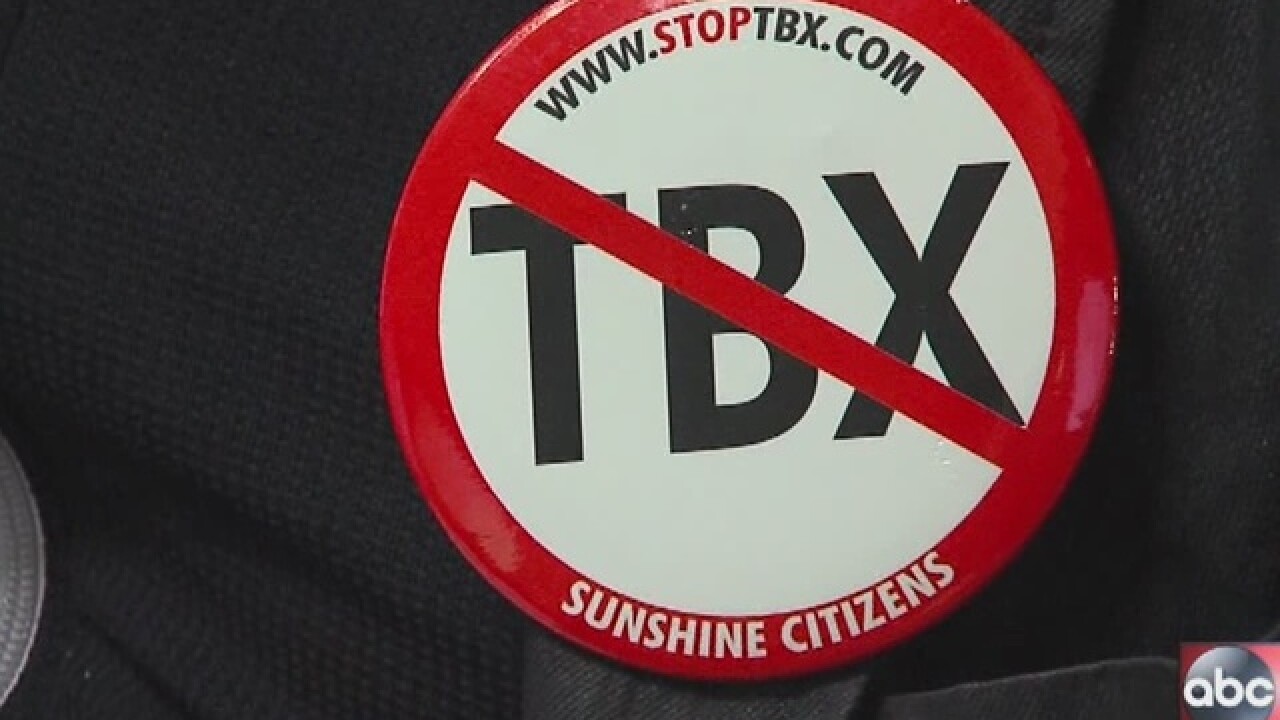 Adding toll lanes to I-275 is a highly debated issue - the Tampa bay Expressway, or TBX, was shelved temporarily last year when the Florida Department of Transportation told county commissioners that it was time to hit the reset button for two years while they gathered more public feedback.

Mit Patel, a member of the StopTBX coalition, says he and other groups around the area are recruiting new activists to voice concerns to the Metropolitan Planning Organization and FDOT. He says part of the movement is to come up with alternative transportation options to present.

Patel says his fight against the TBX started on North Lamar street.

"This church that we spent the last five years of renovating into the community center would be destroyed," said Patel, pointing to the Tampa heights Community Center.

The project would have bought and knocked down dozens of properties in its path, but Patel says that was just one of many things wrong with TBX.

The project would add toll lanes in the center of the existing highway, but Patel pointed out there wouldn't be any additional exits for folks in those lanes which he says would cause major back ups.

"Bigger, it's not necessarily better," he said. "That doesn't help with congestion at all!"

FDOT says it's taking these two years to research other successful highway projects across the country to see what works well, re-evaluate the impact on the community and respond to people - opening a two way conversation about transportation in the Tampa bay area.

The group, Sunshine citizens is getting in on the conversation to. They are holding a meeting May 3 at 6:30 p.m. that is open to the public to discuss what transportation options could work. The group says its open to all opinions and wants people for or against the TBX project to come out an voice their ideas. The meeting will be at the American Legion Post 111 in Seminole Heights (6918 N. Florida Avenue, Tampa, FL 33604).

FDOT will be holding a peer exchange follow up from the previous meetings in April - that's set for Thursday May 4 at the FDOT District office (11201 McKinley Drive, Tampa, FL 33612) at 2 p.m.

Respond to the Community