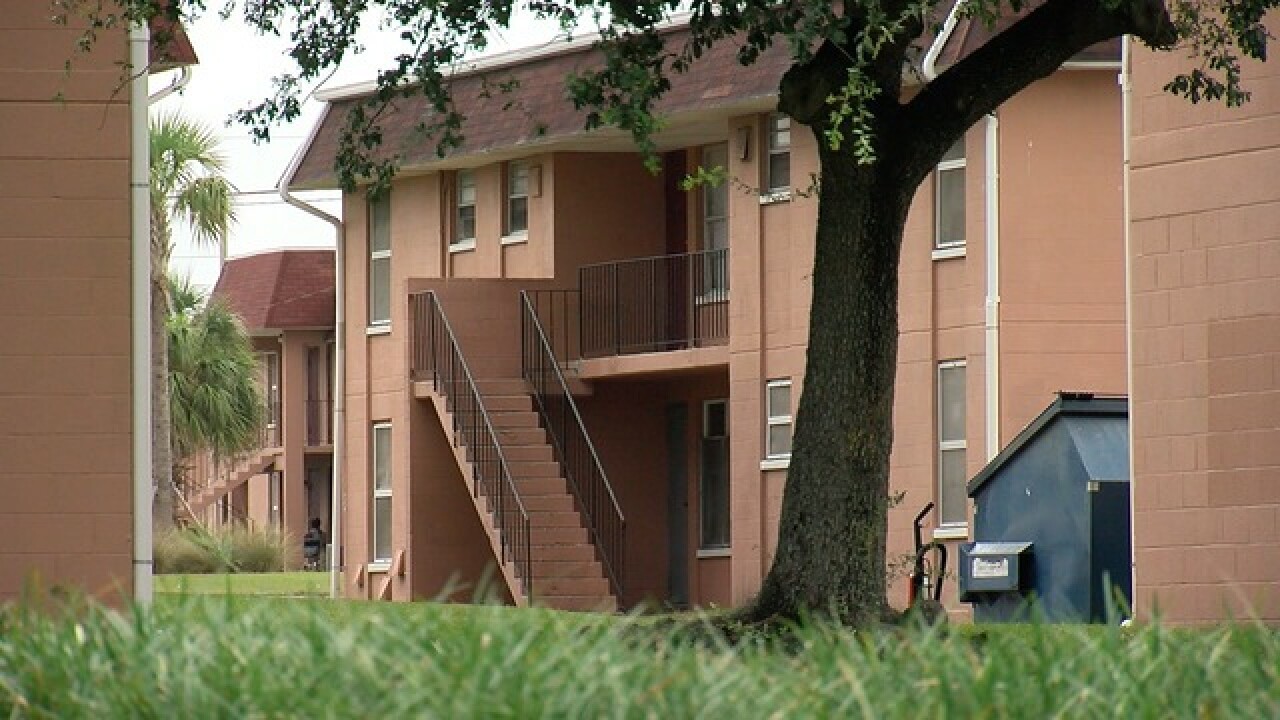 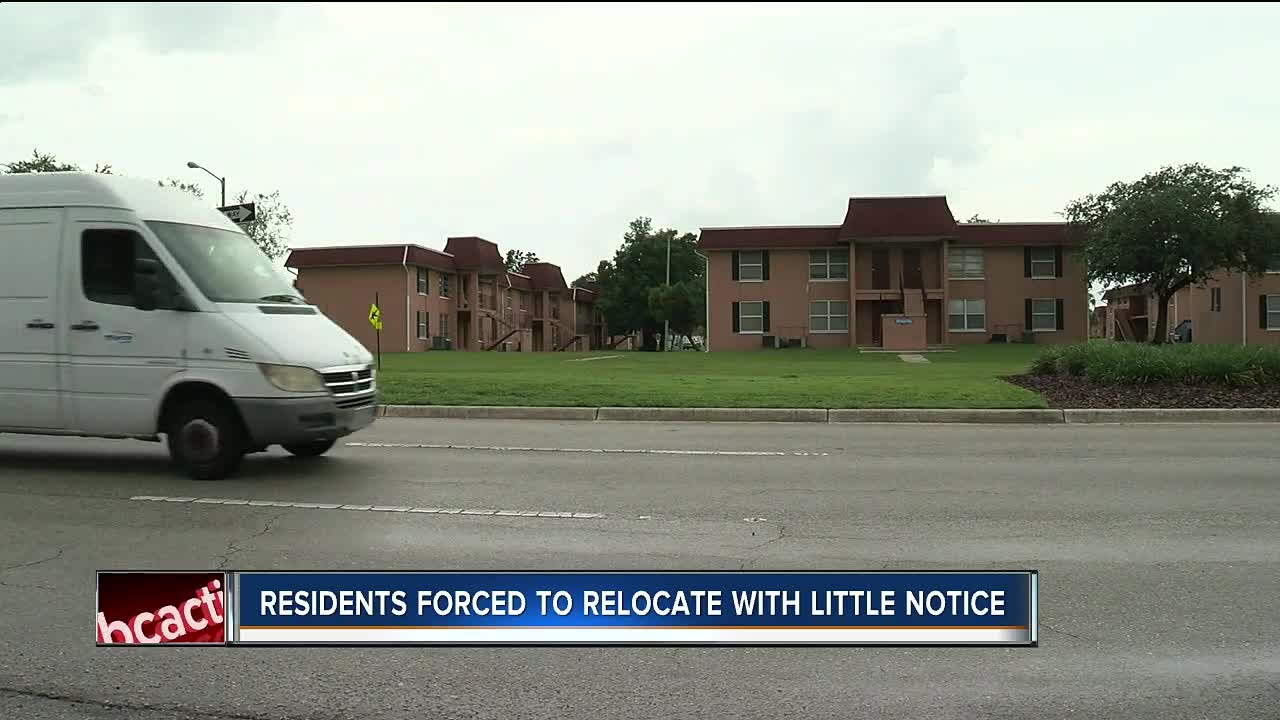 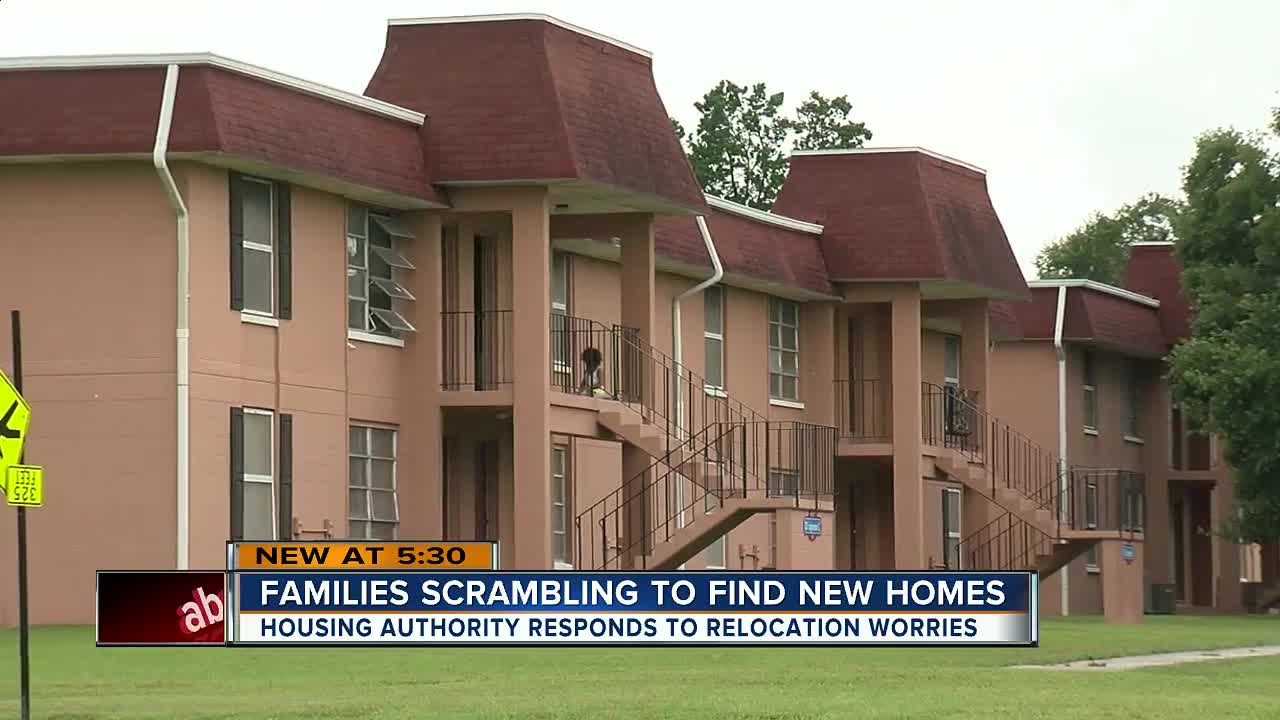 TAMPA — Dozens of families living in Tampa Park Apartments are being forced to relocate to new housing beginning in August.

The complex currently has about 370 units. More than half of those families, who are getting subsidies to help pay for rent, were given notices from the Department of Housing and Urban Development they must relocate to new housing by August because that's when it will stop subsidizing rent. HUD says it's because the apartment complex failed 4 inspections.

"I'm trying to hurry up and move, find somewhere comfortable and safe in a nice environment for me and my kids," said Cameshia King, who has lived in her apartment a year and a half.

According to the Tampa Housing Authority, housing choice vouchers will be given to those residents so they can find a complex that accepts them.

Some residents believe they have least 90 days to find a new home, but Tampa City Council members and other tenants are of the understanding they must be out of their apartments by August 1st.

The notices stated inspection reports of Tampa Park 1 showed, “serious deficiencies, including health and safety deficiencies, that demonstrate the owner is continually in default of the HAP (Housing Assistance Payments) contract.”

They say infestations and faulty door and window locks were reasons for the failed inspections.

The HAP contract is dependent upon the owner's ability to maintain the property in a decent, safe, and sanitary condition. The first inspection violations were in November of 2015. The Housing Authority says the owners did nothing to correct the violations, even after 3 more visits.

“We repaired those items and notified HUD we repaired them, and HUD didn’t respond to any of those letters," said Malcolm Cunningham, an attorney for Tampa Park Apartments.

King says her apartment doesn't have any of those issues.

"I don't have rats and roaches and all that out of control stuff like that," she said.

Cunningham says Tampa Park 2 units are mixed in with Tampa Park 1 units and haven't failed any inspections. He wonders how officials were able to distinguish between the two projects.

“HUD failed to notify us of the specific items that caused us to be in default and failed to give us reasonable time to repair those items," said Cunningham.

He believes HUD is terminating its contract because of a 2014 lawsuit they filed against them.

City council members expressed concerns over a lack of affordable housing in the city.

During public comment Thursday at the Tampa City Council meeting, some people expressed concern over being pushed farther out into the county. They say because many of them don’t have adequate transportation, it would keep them from getting around.

Metesnot, a community activist, says while the city is seeing progress, he feels it’s not supporting the African-American community.

Connie Burton lives in the apartments. She says the complex has a history of being one of the oldest settlements for the black community. She says many residents have been there long before redevelopment plans were put into action downtown.

She believes historical land sites for working class people are being flipped.

We also contacted the chairman of the Tampa Park Apartments board, James Harrell, who says he has no comment.

In an e-mail Friday, the Tampa Housing Authority told ABC Action News HUD is having a meeting next week to determine whether it will extend the subsidies while people find new homes. Margaret Jones, the director of the Assisted Housing department said she doesn't feel HUD would put the residents in that kind of bind by telling them they have to be out by August 1st.