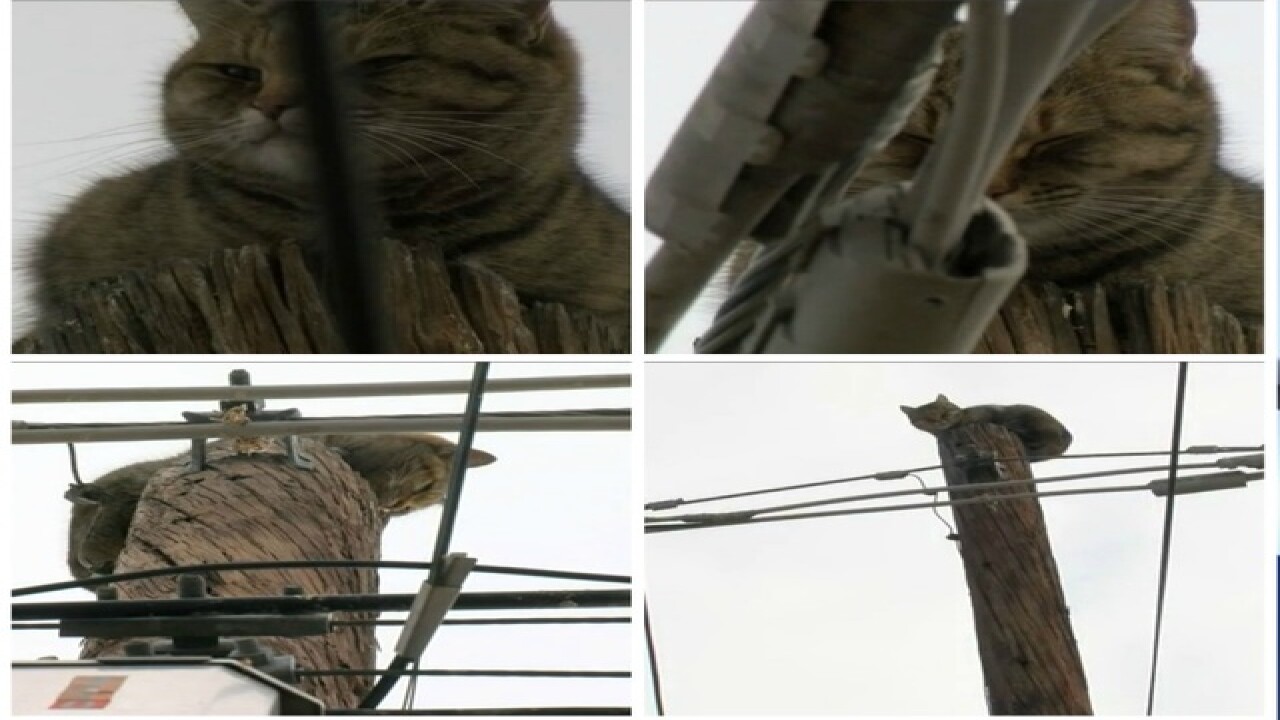 A cat that found itself on the top of a utility pole in Arizona has been safely rescued.

Several viewers reached out to ABC15 on Tuesday reporting the cat had been on the pole for three days. One viewer said he contacted local organizations to try and get the cat back on the ground, but no one had been able to help.

A spokesman with a local utility company said in an email that a troubleshooter rescued the cat. The worker went up in a bucket, but as he approached the top, the cat scrambled down the pole and ran off into a nearby alley.

Happy to report this cat that was stuck on a power pole, scrambled down on its own today when our crews went to help https://t.co/3By3oJMgkI

Viewers were concerned for the cat's welfare as temperatures have been close to freezing in Phoenix over the past three nights.