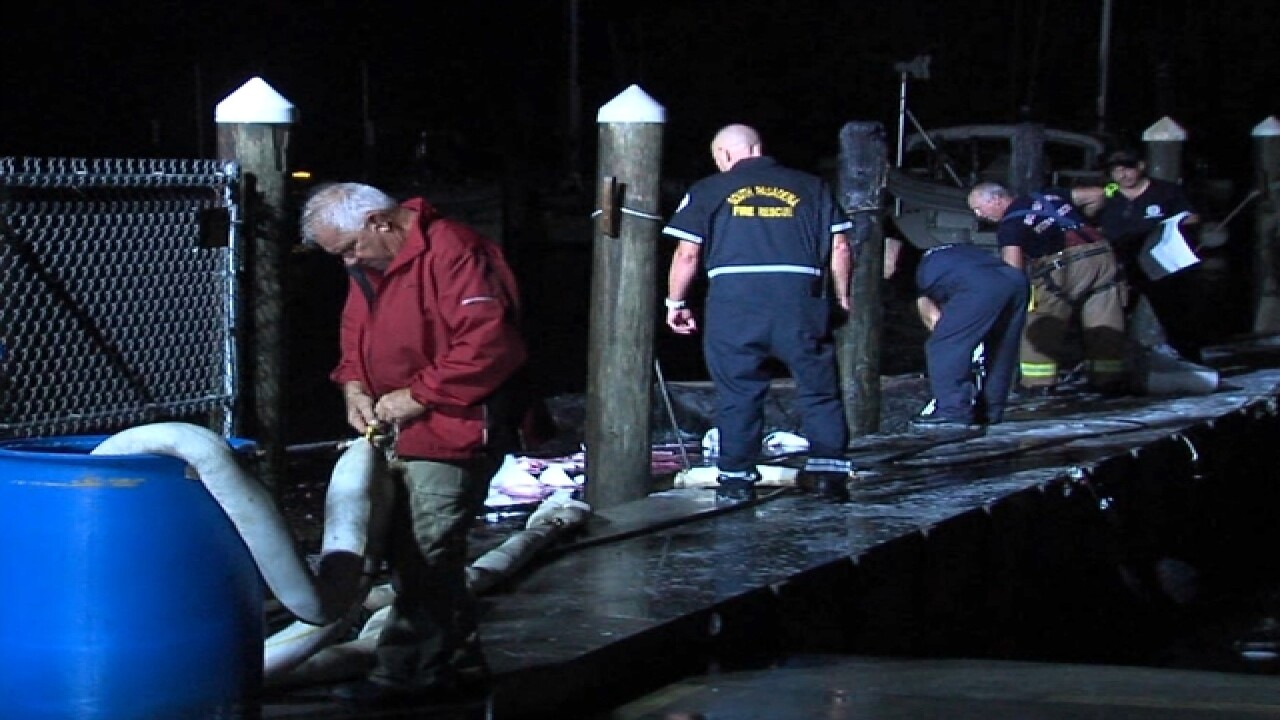 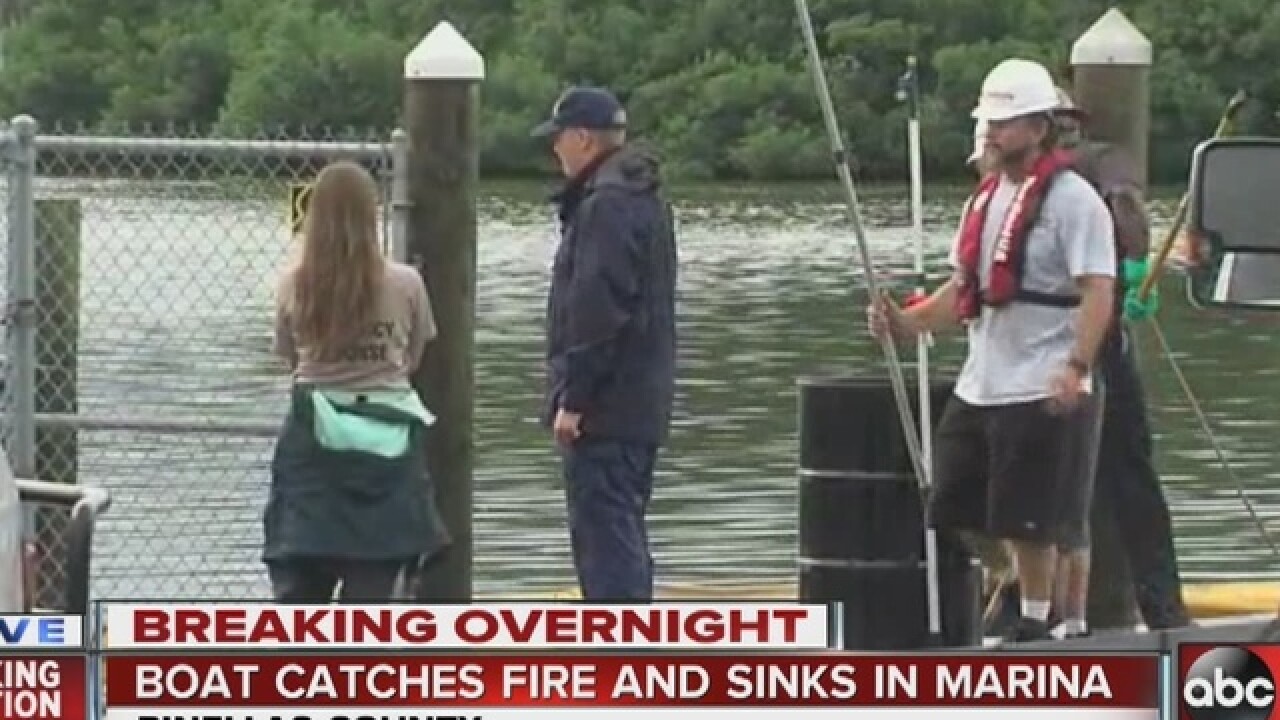 Firefighters and members of the U.S. Coast Guard worked early Tuesday morning to contain a fuel spill after a fire broke out on board a boat.

The fire broke out a little after 1 a.m. at the MarineMax marina in South Pasadena on the southern end of Pinellas County.

The local fire department put out the fire on the 20-foot boat, and no one was injured, but the boat sank afterwards.

The manager of the marina as well as firefighters and members of the Coast Guard used fuel-absorbing tools to limit the environmental effects.

The plan once the sun comes up, says the marina manager, is to suck up the fuel, and then try to lift the boat using flotation devices.

Pollution Control is said to be responding as well.