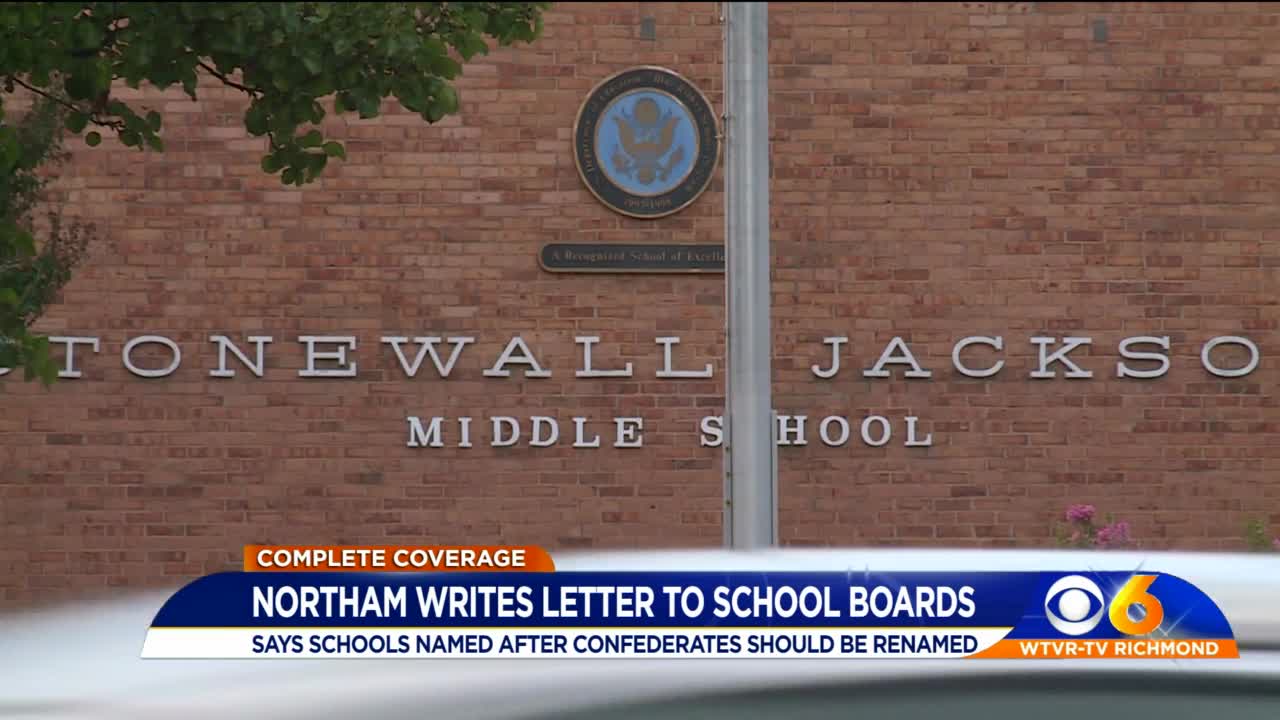 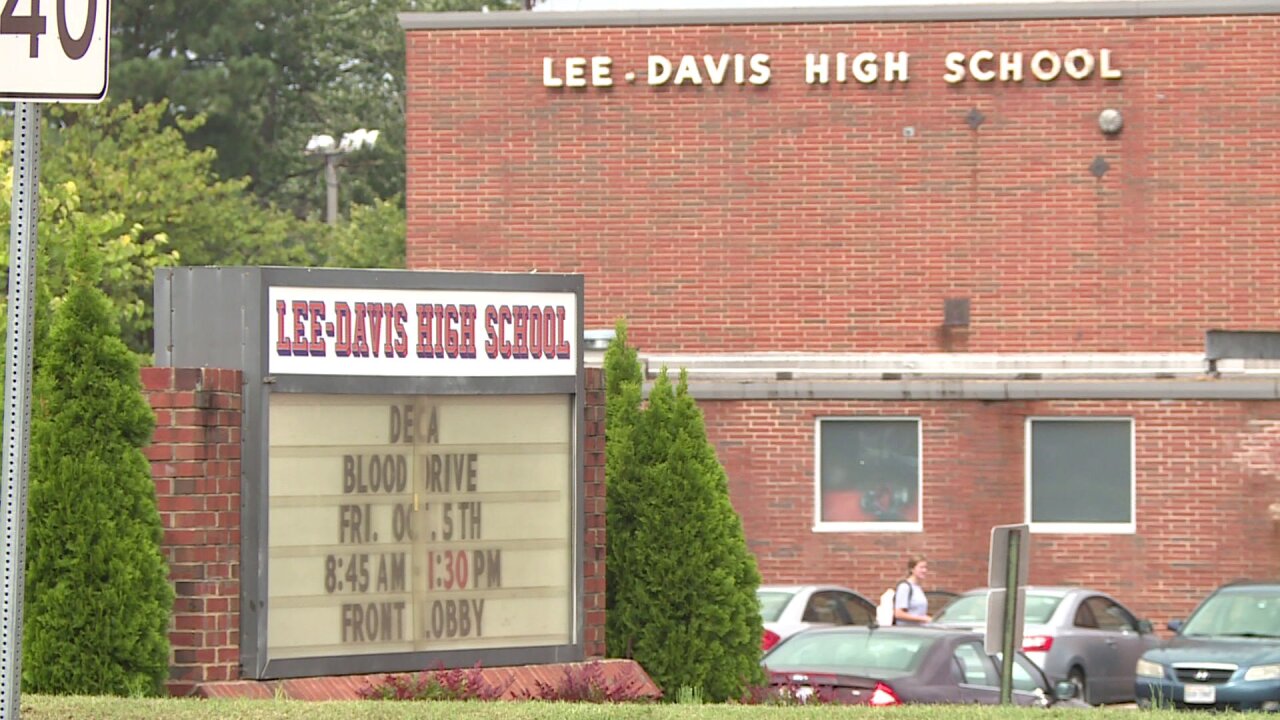 RICHMOND, Va. -- The governor of Virginia is calling on the state's school districts to change school names and mascots that honor Confederate leaders.

In a July 6 letter addressed to Virginia School Board Chairs, Gov. Ralph Northam compared the Confederate school names to Confederate statues, saying they have a traumatizing impact on students, families, teachers and staff of all backgrounds.

"When our public schools are named after individuals who advanced slavery and systemic racism, and we allow those names to remain on school property, we tacitly endorse their values as our own. This is no longer acceptable," Northam wrote.

The governor said the names also perpetuate the hurt woven into a past of slavery and racism and sends students a clear message on "what we value the most."

"Recognizing the harmful impact these school names have on our children, I am calling on school boards to evaluate the history behind your school names," Northam wrote.

"The financial costs of changing school names are minimal compared to the generations that suffered through American slavery, the Confederacy, the Jim-Crow era, massive resistance, and contemporary manifestation of systemic racism, like the school to prison pipeline," he added.

Northam says he is looking forward to working with the school leaders to create a Commonwealth reflective of the values Virginians hold most true today.

"Now is the time to change them to reflect the inclusive, diverse, and welcoming school community every child deserves, and that we as leaders of the Commonwealth, have a civic duty to foster."

“Our schools should be welcoming to all students, and the names and mascots of our schools should not promote a history of racism,” Lane said. “I believe that the governor’s letter will prompt overdue conversations about inclusiveness in the few divisions that still have buildings with Confederate names.”

There is currently a lawsuit, filed by the Hanover County NAACP chapter, challenging the use of Confederate names and imagery at Lee-Davis High School and Stonewall Jackson Middle School.

A hearing in that lawsuit is scheduled for March of 2021.

In Henrico County, Douglas freeman High School is asking for input from students, families, and alumni on potentially changing their nickname, the Rebels.

This story was originally published by Vernon Freeman Jr. at WTVR.