WEST CHESTER TWP., Ohio — West Chester Police are investigating a racist letter one family said was mailed to them earlier in the week. The letter, laden with racial slurs and derogatory language, demands the family take down their yard signs supporting President-elect Joe Biden and the Black Lives Matter movement.

Mia Harlan said when her husband Brian opened a letter from the mail late last week, his reaction told her it wasn't a typical piece of mail.

"The way he responded, the way he acted, told me something wasn't right," Harlan said.

The Harlans have a Black Lives Matter flag and a Biden campaign sign in their yard; the letter the couple received threatens vandalism if the signs aren't taken down. 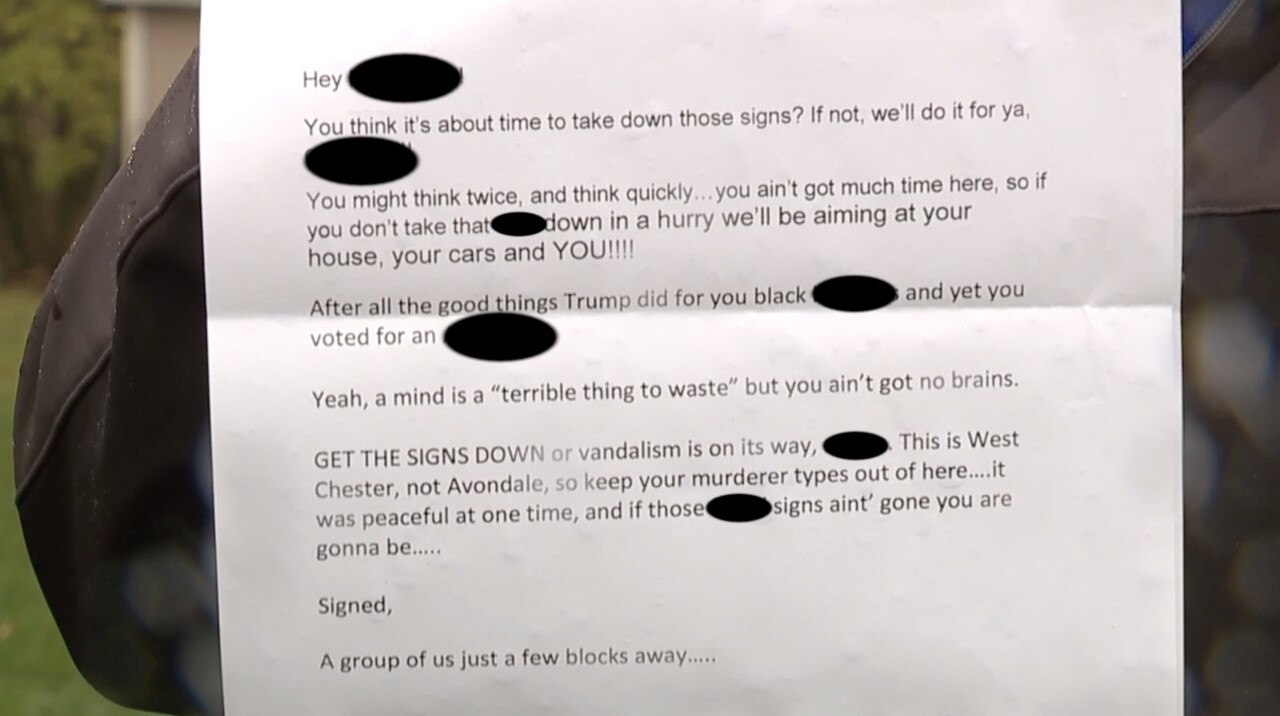 Racial slurs and expletives in the letter have been censored.

Harlan said she was disgusted and angry, and the couple reported the letter to West Chester Police.

The Harlans said they're taking extra precautions to stay safe, but refuse to take down the signs in their yard.

"The matter is being taken very seriously by the West Chester Police Department. The letter is very disturbing and is being actively investigated," the statement read. "There are really no further details we can offer at this time."

This story was originally published by Josh Bazan on WCPO in Cincinnati.