Artists come together to restore it 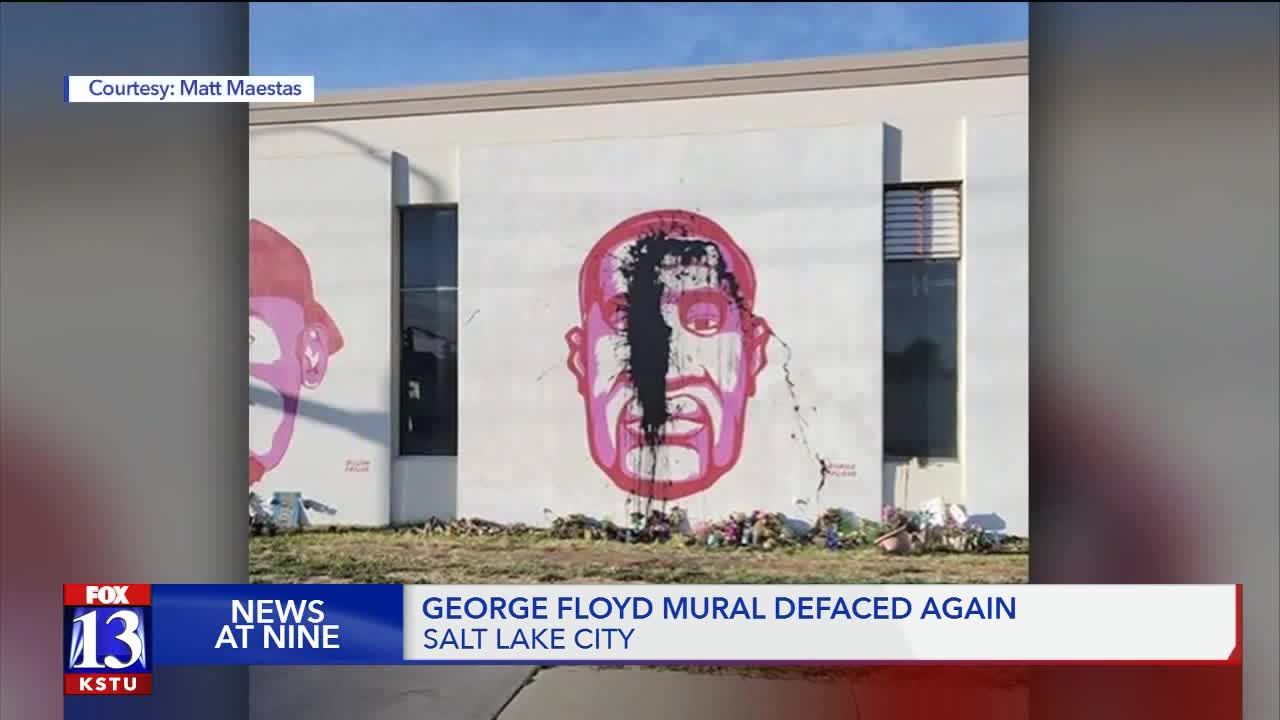 Local artists have, once again, restored a mural of George Floyd, after the downtown portrait was defaced with black tar overnight. 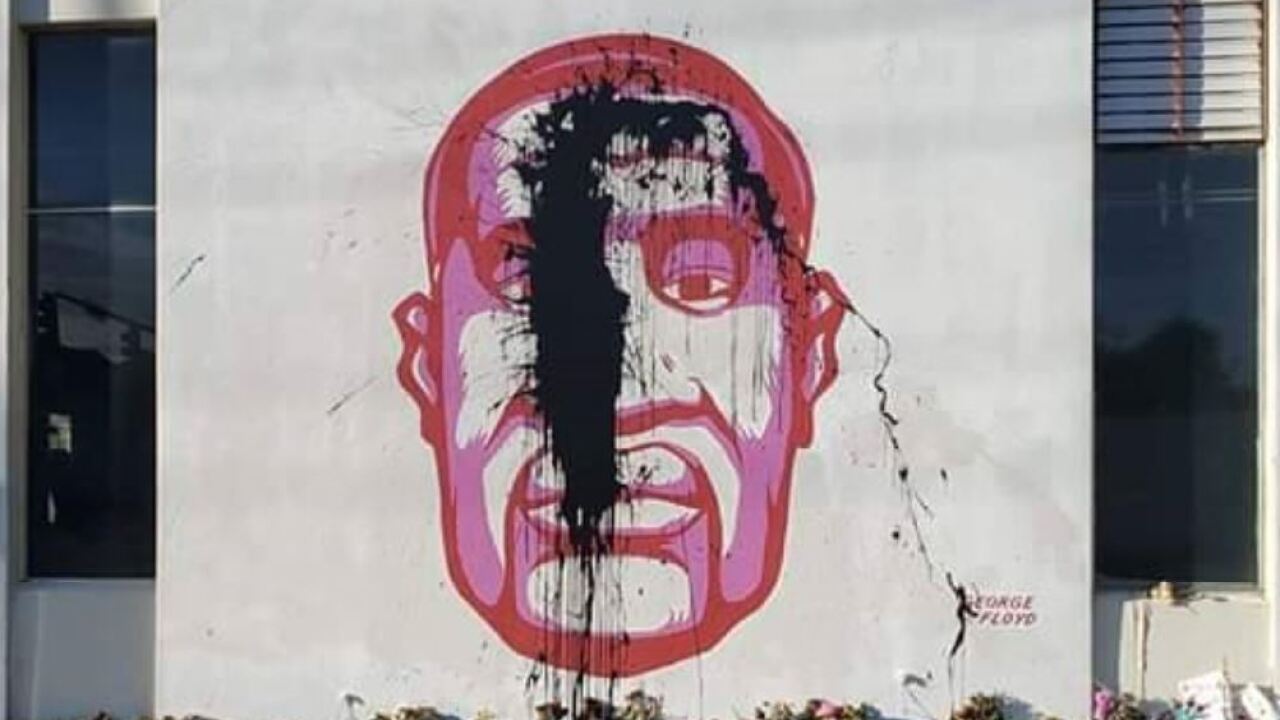 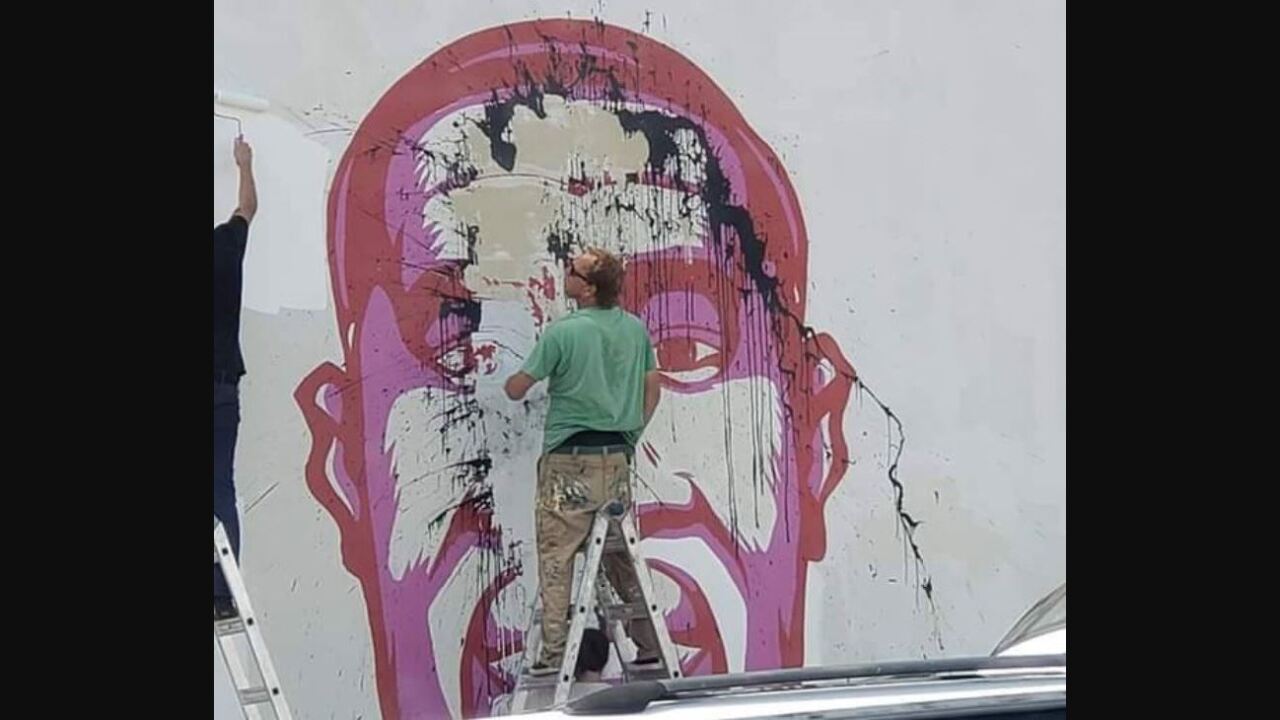 A mural of George Floyd in Salt Lake City, Utah, had black tar thrown on it over the weekend. This is the second time the mural has been defaced, a week after the first vandalism. Police confirmed they are investigating the vandalism and whether it constitutes a hate crime under Utah's new law.

As of Monday afternoon, the mural was restored by local artists. The pop art-style mural of Floyd's face was painted by anonymous artists, and has become a makeshift memorial alongside images of others who have been killed by police. Floyd was killed by police in Minneapolis last month after an officer held him down with a knee on Floyd's neck for more than 8 minutes. Floyd is Black, the officer involved is white.

Contributing artists told FOX 13 the murals were created to help educate the public. They plan to continue to add portraits of people who were killed by police until there is no more room on the building.

"We're going to try and represent as many as we can because they deserve the recognition, and some of these families are still fighting for justice," the artist said.

As of now, it is unknown who is responsible for the acts of vandalism.

This story was originally reported by Ben Winslow, Spencer Burt and Elle Thomas on FOX13Now.com.