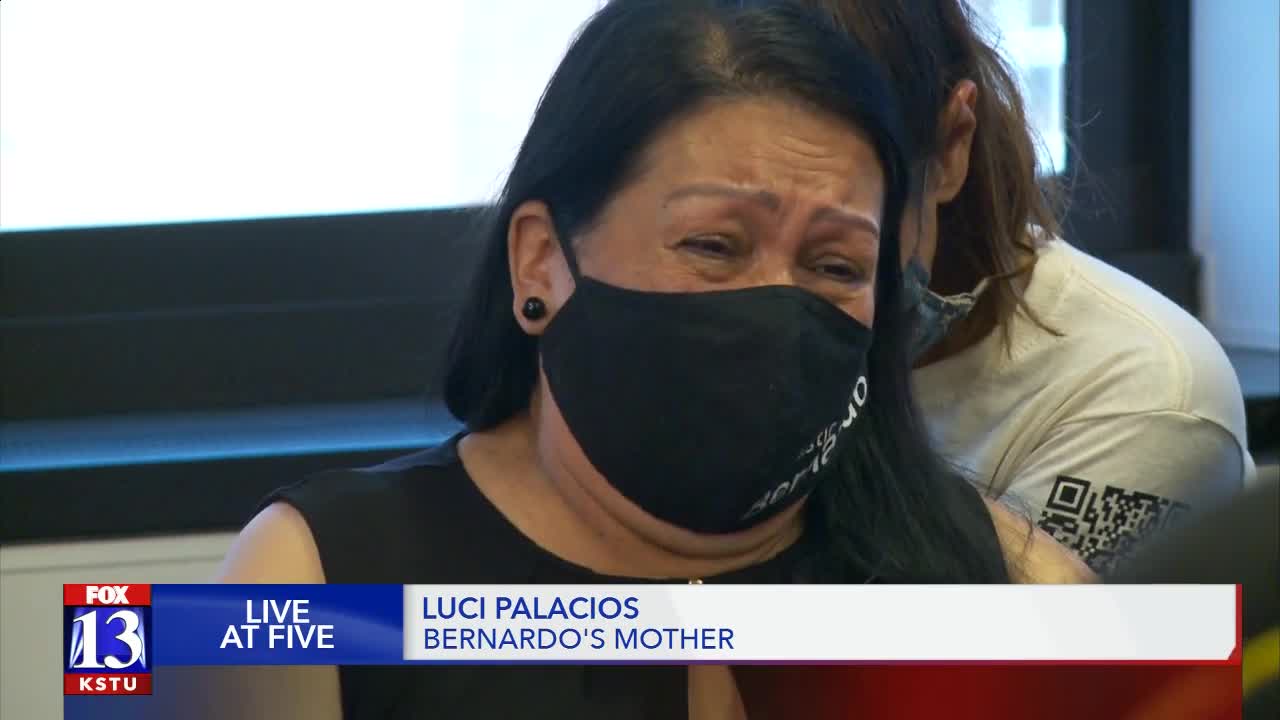 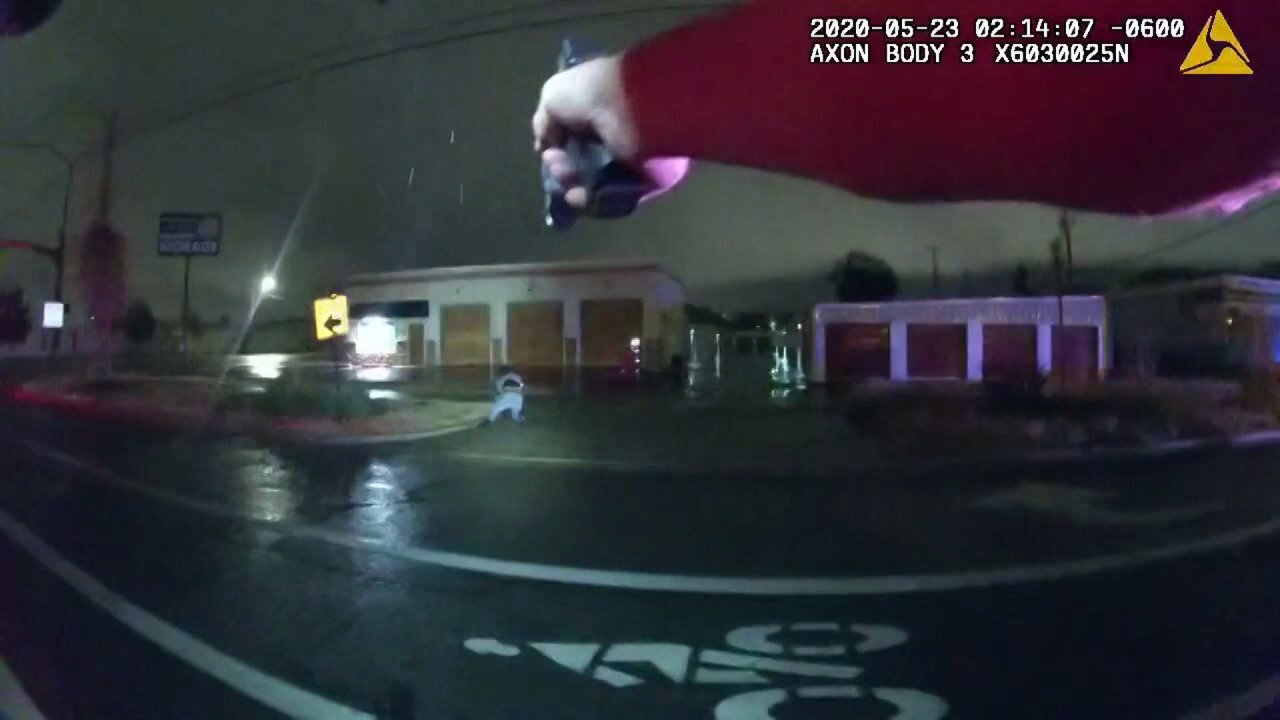 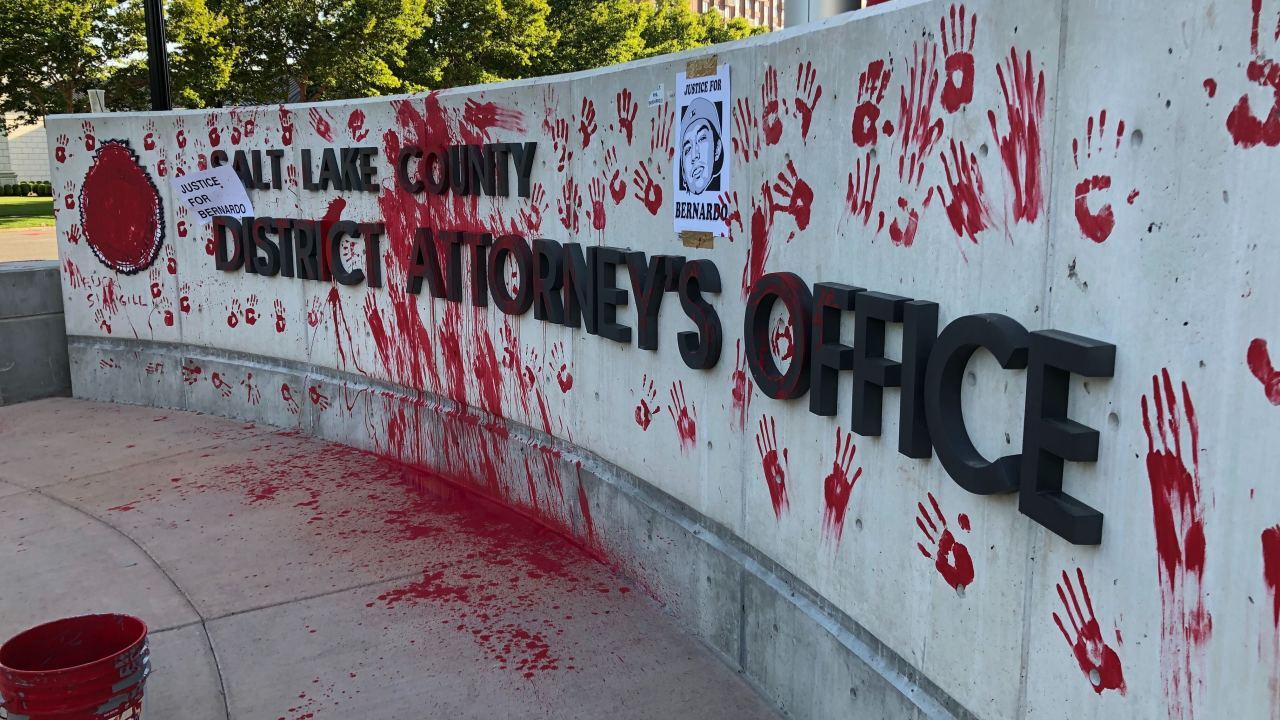 SALT LAKE CITY, Utah -- The family of Bernardo Palacios, who was shot and killed by Salt Lake City police in late May, plan to file a civil action lawsuit following a ruling from the district attorney's office, which stated the officers were justified in their use of deadly force.

“To see the despair and disappointment on their faces, is something I don’t want to relive,” said attorney Nathan Morris, as he stood in-front of a room full of members of the media Thursday.

Next to Morris, a fellow attorney, Brian Webber – beside him, the grieving family of Bernardo Palacios; a 22-year-old man was shot and killed by Salt Lake City Police officers who were responding to calls for threats with a gun in the early morning hours of May 23.

“Today, the Salt Lake District Attorney, Sim Gill, announced no criminal charges will be filed,” Morris said as he read a prepared statement from the Palacios family regarding the officers who shot and killed Bernardo. “As a family and as a community we are deeply disappointed and grieved.”

Morris continued to read, reiterating findings divulged in the DA’s ruling which found Bernardo was shot at least 34 times.

“Officers continued to empty clips after he fell to the ground,” Morris read. “Police officers repeatedly pulled the trigger for 9-seconds.”

The barrage of gunfire can be heard and seen from multiple vantage points through the officers’ body camera footage.

The family and their representation, said, based on the weeks following Bernardo’s death, they had hoped Gill would press charges against the officers who fired shots.

When body camera footage was released, many members of the community came together in public protest, supporting the Palacios family.

The Palacios family vowed to continue to fight for justice when Bernardo was laid to rest June 10 -- all the while, eagerly awaiting a ruling from the Salt Lake District Attorney’s Office as to whether or not the officer’s use of force was justified.

Community support continued over the following weeks as his portrait was added to a wall of murals, featuring those who had died at the hands of police, off of 800 South and 300 West downtown.

“The DA’s unwillingness to prosecute [these officers] makes a mockery of the protesting public,” the family statement continued.

Morris and Webber said they intend to file a civil action lawsuit in the coming days, and will continue to fight on behalf of the family until they see change.

In order to obtain justice for Bernardo, Morris said the family wanted to see changes to police policy and trainings, ask the legislature to take concrete steps in preventing police brutality and to hold the officers responsible accountable.

“Bernardo’s death cannot be forgotten and we pray that justice will be accomplished,” Morris said.

Following the family statement and question and answers with the attorneys, the family – comprised of Bernardo’s sister and brother, Karina and Freddie, his mother, Luci and a niece – spoke for themselves.

“I feel very upset,” Bernardo’s mother Luci said in Spanish, as tears filled her eyes. “That decision was not one of justice, because my son isn’t with us today.”

“I am not living anymore, I feel like I can’t breathe, you can’t imagine what it’s like for a mother whose son was killed like mine,” she continued. “I can’t sleep, my house has lost its happiness because that’s what he brought to it.”

“I feel like I’m dying, down to my bones, I’m in pain, all because I don’t have my son with me,” she concluded as she wiped away tears.

The family went on to thank the community for their support and ask that the protests not lose steam.

An internal investigation at SLCPD is ongoing.

Watch the entire press conference with the family below.

After the DA's ruling was announced, protesters took to the streets to demand justice and authorities say some of the demonstrators became violent. According to the police department, one officer was injured and went to a hospital during Thursday's protest.

Protesters broke windows and put up signs and red paint at the front of the Salt Lake County District Attorney Office. Police arrested two people in connection with the broken windows.

Due to the vandalism, Salt Lake City Police announced the protest was an unlawful assembly and ordered the protesters to disperse shortly before 8 p.m. By 9 p.m. the scene was quiet.

This story was originally published by Elle Thomas at KSTU.