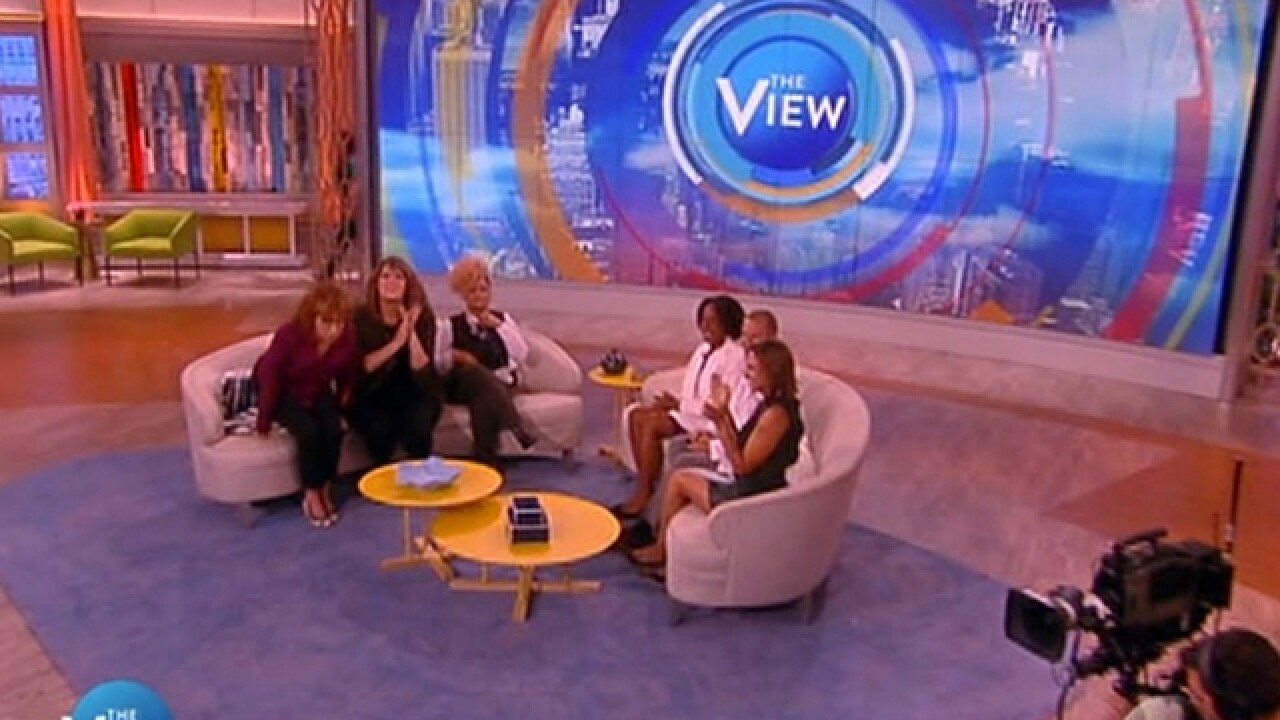 Advertisers are dropping the television show "The View" after comments by Joy Behar and Michelle Collins poked fun at Miss Colorado Kelley Johnson's monologue about being a nurse during the Miss America pageant.

Behar had commented on the show "why does she have a doctor's stethoscope around her neck?"

Despite an apology Wednesday from Behar and Collins, Party City, Snuggle and McCormick are the latest advertisers to dump the show over the comments about nurses and Miss Colorado, TMZ reported Friday . Johnson & Johnson and Eggland's Best announced Thursday they were dropping the show.

"Please join us in thanking and celebrating nurses for the critical role they play in our healthcare system," Snuggle's said in a statement reported by TMZ.

McCormick replied on Facebook to an upset consumer, "Like you, we also value and admire nurses, so we have paused advertising on the daytime television show," TMZ reported.

"Kelley used the talent portion of the Miss America competition to share her passion about a special story experienced through her job," Haskell said. "I am glad that Michelle and Joy apologized."

As for Behar, she said in apologizing, "I didn't know what the hell I was talking about."

What was said on "The View:"

What Johnson said in her monologue: