Adopted Chinese sisters find each other and reunite after DNA test

Two sisters, born 15 months apart and adopted at birth, had no idea either of them existed until now.

CLEARWATER, Fla. — Two sisters, born 15 months apart and adopted at birth, had no idea either of them existed until now.

They met for the first time this month after they both decided to try 23andMe.

Her results came back last year with no matches. Then in March, she got a message from a girl named Juliana Borrazzo. It read: “I know that you don’t know me, but please hear me out. I submitted my DNA to 23andMe to be sequenced. Last Thursday my results came back.”

Abrams jumped onto her account to see a notification about a match by the name of Juliana Borrazzo.

They decided to start talking over the computer, and that led to phone calls and FaceTime.

"We just looked at each other‘s faces for a solid five minutes just like analyzing like 'wow I’m literally looking at myself,'” Abrams said. 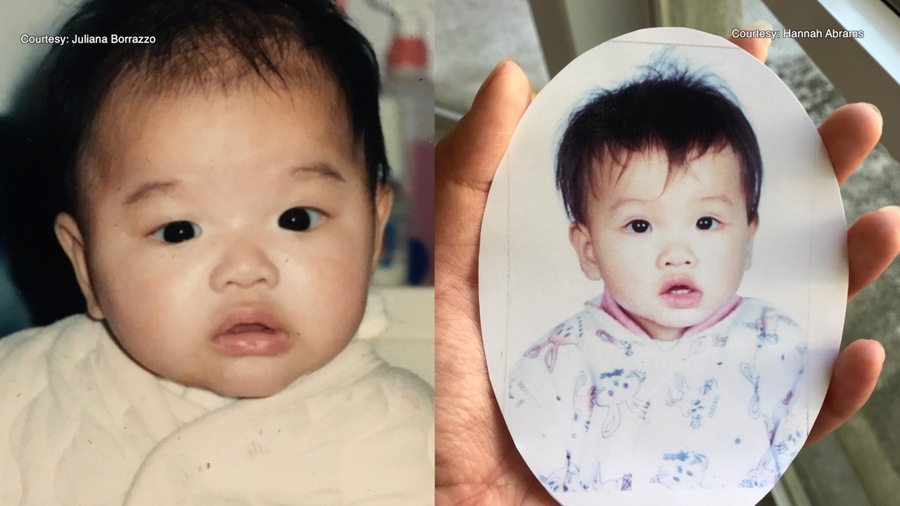 Baby pictures side by side show how similar they really are. Both girls were born in China and adopted out at birth in the city of Nanning.

They think china’s strict government rules on birth were the reason they were given up.

"I had assumed I probably had other siblings due to the one-child policy, but I didn’t think anything like this would happen,” said Borrazzo.

They’re also surprised at how similar their personalities are and the amazing opportunities they were given by their adoptive parents. But there’s one question they want to be answered - why did their biological parents let them go?

"I don’t like leaving unanswered questions or open ends - I like finishing things,” said Borrazzo. "To have a big question about my life unfinished, that sticks with me and it sort of bothers me.”

As they develop their relationship and get to know each other, they do hope to find their biological parents so they can learn more about who they are and where they came from.