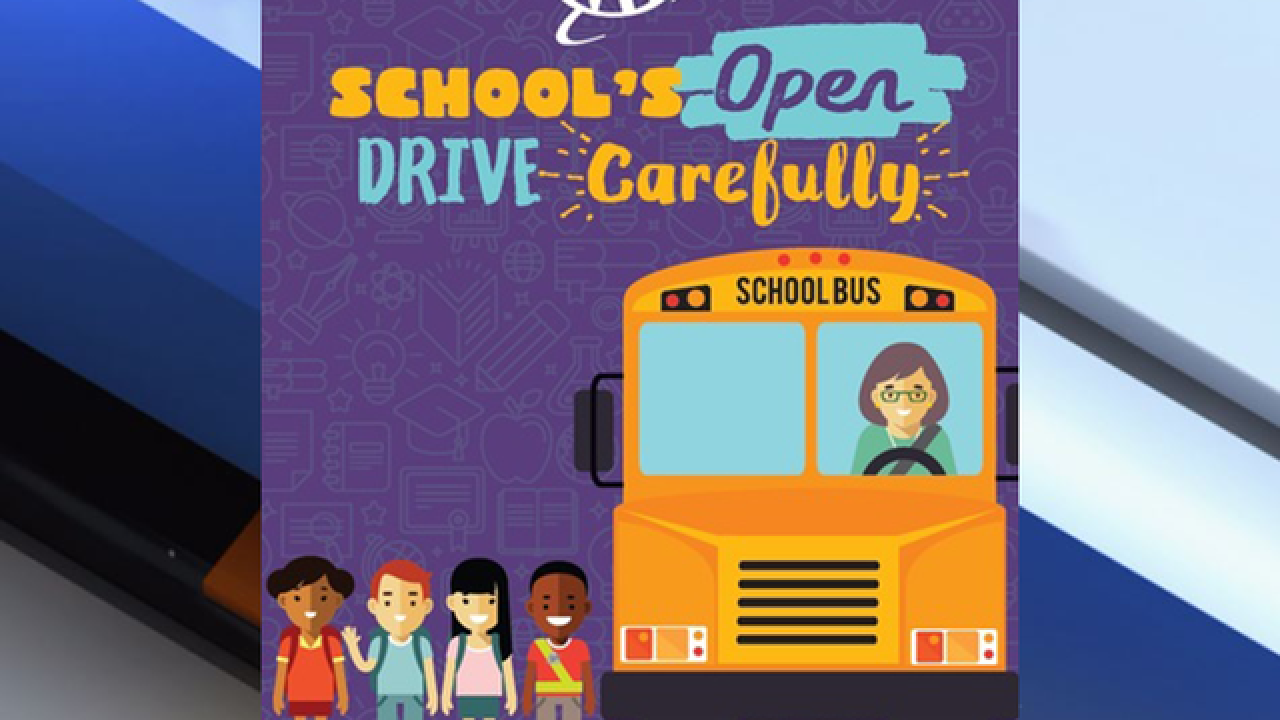 Starting Thursday, signs made by AAA will start popping up near school zones and busy roads reminding people to watch out for kids walking and biking to school.

500 signs were handed out Monday to the Hillsborough County Sheriff's Office - and deputies are distributing them, along with 1,700 car magnets throughout the community.

The AAA's "School's Open - Drive Carefully" campaign is designed to curb a trend of unsafe driving behavior in school zones and neighborhoods that can result in children's injury and death.

According to Triple A - a person hit by a car going 25 miles per hour... is less likely to be killed... than if the car was going just 10 miles per hour faster... which is one reason the group is handing out more than 500 yard signs... to the Hillsborough County Sheriff's office, to put in places where people need a reminder...

"Slow down, what's the rush? Save a life," said Michael Davis, a father of two, who lives near Lutz Lake Fern Road - a street he says is notorious for bad accidents and speed.

"I've got kids - I would want other drivers to be aware if they had kids or not but I want to be safe out there," said Davis.

"Any awareness that you can put out there for people to see should help," said Davis.

The signs and bumper magnets are limited, first come first serve, but if you do want one, you'll want to call Triple A to see if there are any still available - 813-288-7988.