3 ways to find a balance between school and sports 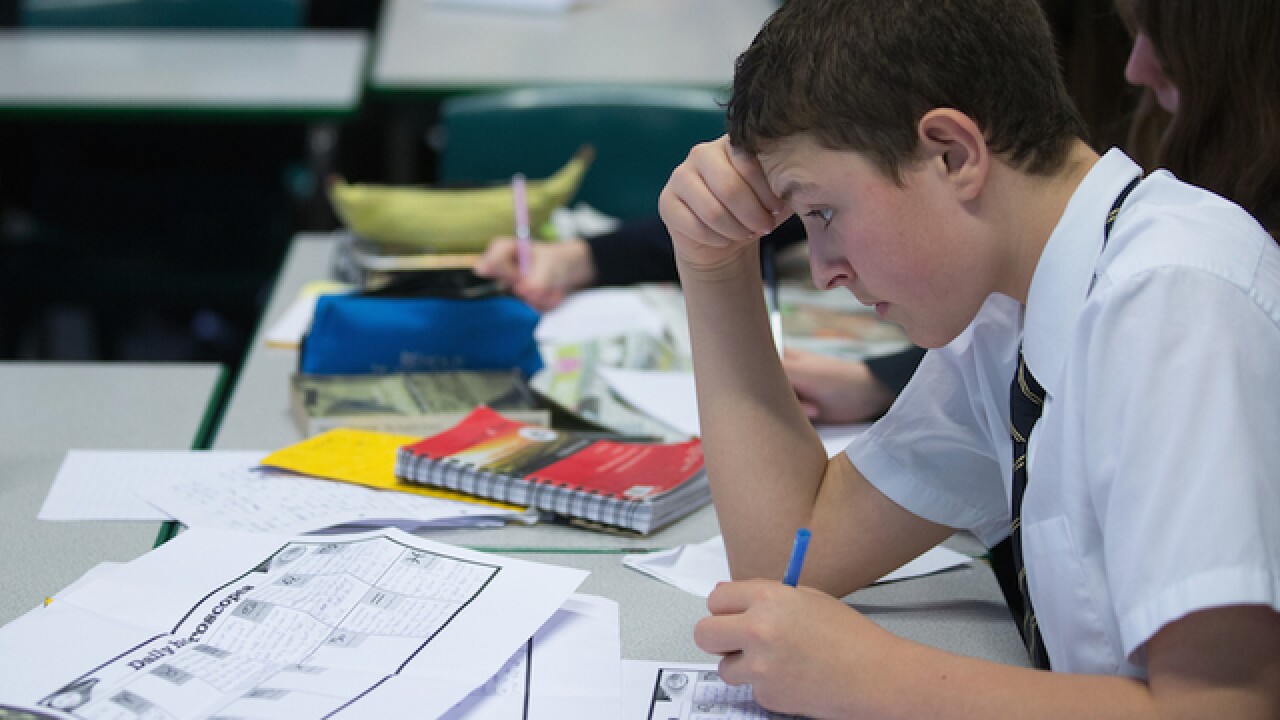 That’s when parents have to step back and find ways to strike a balance between academics and athletic performance.

Drawing a line at a letter grade and then pulling the plug on sports to punish poor academic performance is reactionary and possibly counterproductive.

Parents must determine what a balanced life means for their family. Avoid keeping athletics and academics at odds. Instead, establish priorities and give academics and athletics their proper place. Here are three things to help achieve harmony:

Identify the motivation
It helps if parents identify the motivation behind athletic pursuits. Has mom or dad decided that their son has to become a star lacrosse player to pay for college? Do you spend thousands on lacrosse gear, instruction, leagues and camps, yet won’t spring for a math tutor?

Read this Back to School story and others at Youthletic.com

Perhaps as parents, you need to address your motivation. According to Brooke de Lench, founder and director of MomsTeam and author of Home Team Advantage: The Critical Role of Mothers in Youth Sports “Schoolwork should always come first. Remember that there are 30 times more dollars available for financial aid based on academics than for athletics.”

De Lench encourages parents to be honest with themselves and their kids about whether sports has taken a toll on the family’s schedule and the child’s school work.

Routinely, take your child’s motivational temperature to see whether they have a fever
for sports or feel obligated to perform for your benefit. If they love what they are doing, they are less likely to stress out. Disdain for the sport will impede athletic and academic performance.

Preserve childhood
Another reason to balance sports and academics is to help preserve childhood as long as possible. Juggling too many obligations can put adult-sized anxiety on juvenile minds.

Playing games for the sake of play is part of being a child. When pressured into earning scholarships or worse, a living, children may lose site of the joyous aspects of sports and school.

Betty Blake, mother of retired tennis star James Blake, once told the Stamford Advocate that she felt bad for children who "are uprooted from their families and whisked off to a tennis academy. There they spend more time on the court than on school work."

Blake’s son, who played on public courts and stayed away from these tennis academies that double as boarding schools, went on to become the No. 1 American tennis player in the 1990s. He was ranked as high as No. 4 in the world and earned nearly $8 million in career prize money.

Their parents, Oracene Price and Richard Williams, took criticism for keeping their young girls off the international circuit. Many thought this would hamper their tennis career. Instead, the two have become sports icons. Serena Williams has gone on to earn more $67 million in prize money, the most by any woman in the history of sports.

Meanwhile, tennis star Jennifer Capriati, pushed by her father into professional competition at age 13, suffered through drugs addiction and several run-ins with the law.
Capriati’s disastrous personal life and overbearing father prompted the Women’s Tennis Association to enact the “Capriati Rule,” in 1995. The rule limits the amount of
professional tournaments a player can enter until they turn 17.

In a video posted on the Development Zone of the Positive Coaching Alliance site, Goldberg, a three-time NCAA Academic All-America for Stanford, talks about how her parents held her accountable for her academic success. They required that she maintain grades for the “privilege of pursuing gymnastics.”

By making the pursuit of sports a privilege instead of an investment, Goldberg’s parents put the responsibility on their daughter to justify access to the “gift of gymnastics.”

Goldberg had to earn access to gymnastics in the same way a teen might have to prove they deserve a new car.

By making academics a priority and sports a privilege, Goldberg’s parents struck the
proper balance without diminishing the importance of either.

This story originally appeared on Youthletic.com, a website owned by the E.W. Scripps Company.