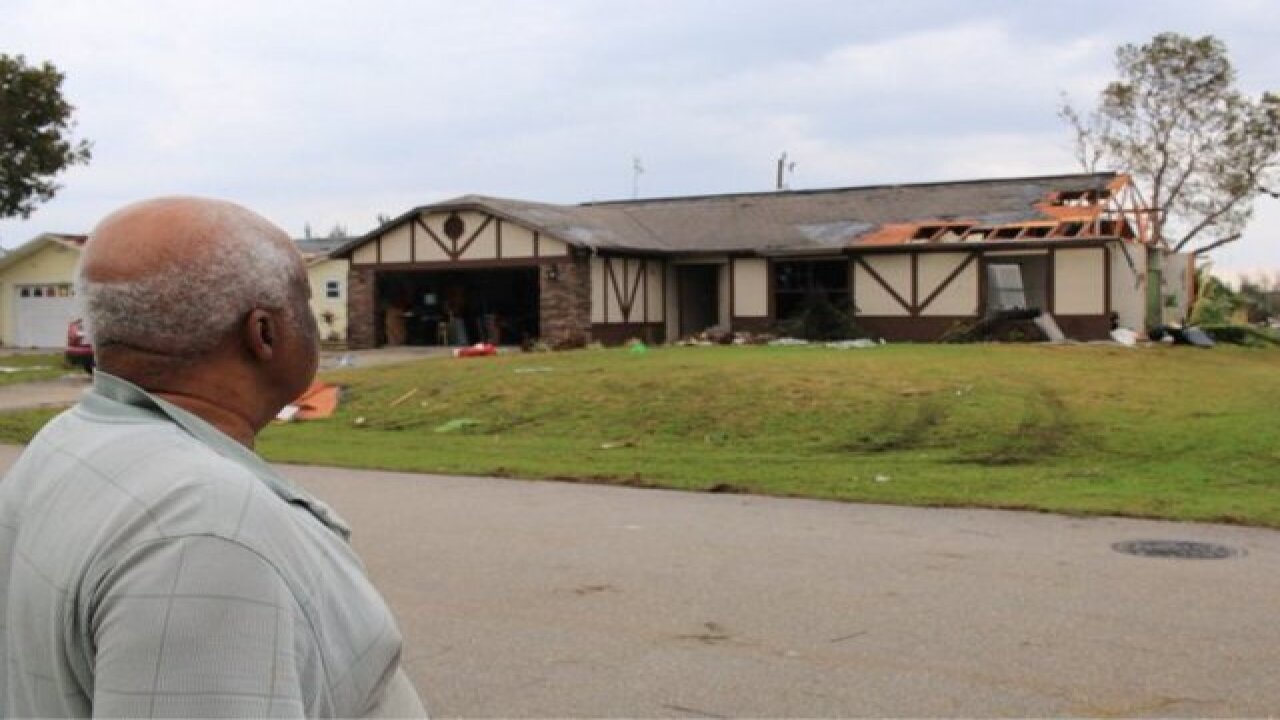 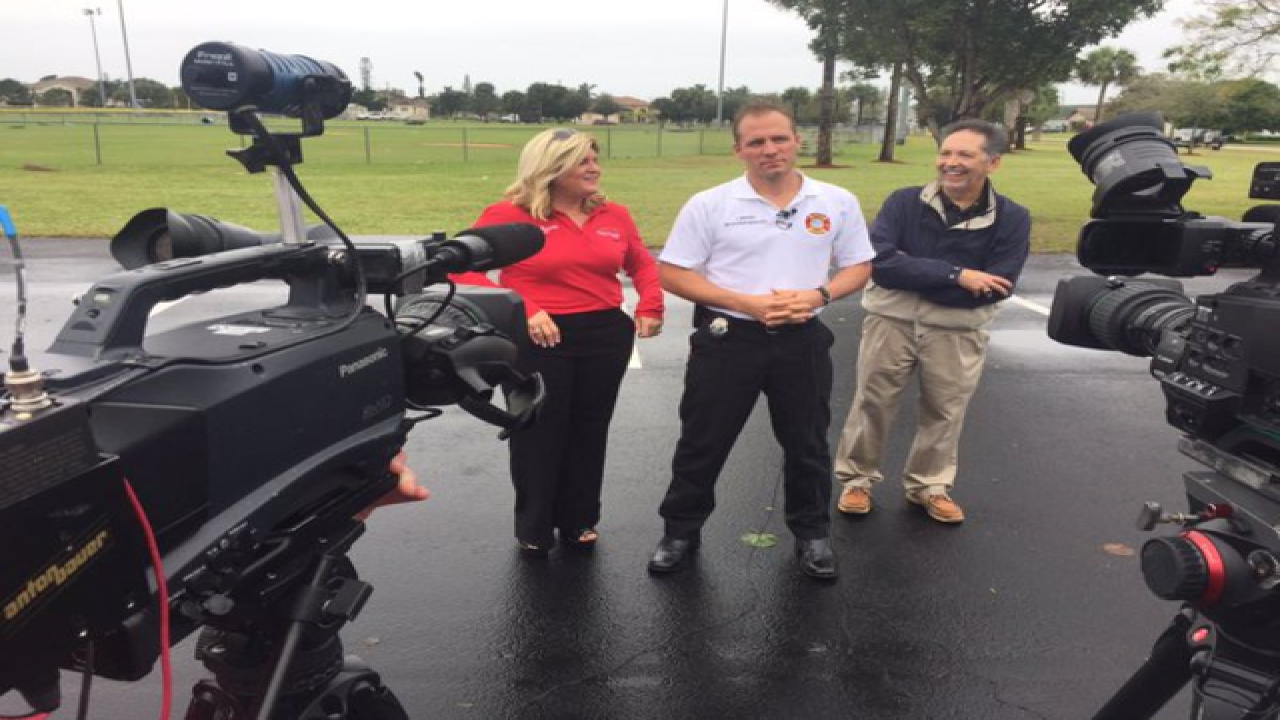 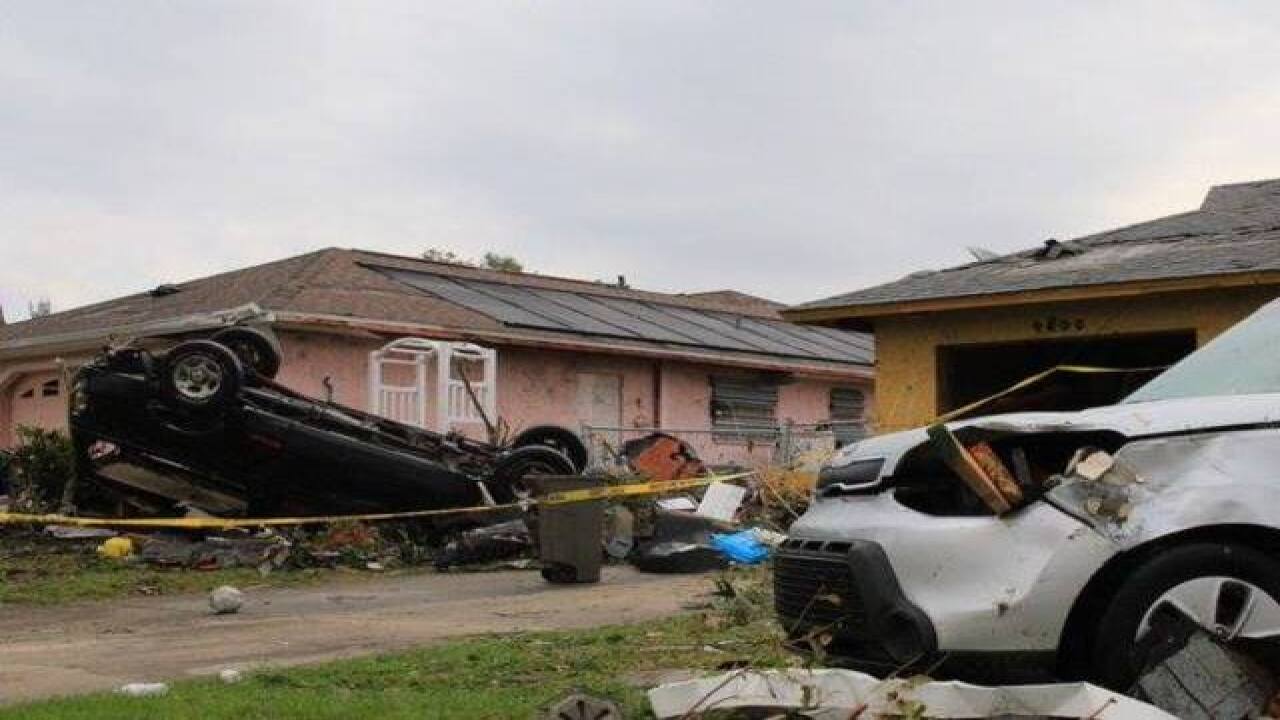 UPDATE (7:30AM  Monday): LCEC reports they have restored power to all but 200 homes in Cape Coral. Customers sustaining damage to the electric equipment in their homes will not be able to receive power until their home is repaired and inspected by City officials.

UPDATE: The National Weather Service has confirmed that an EF-2 tornado tore through neighborhoods in Southwest Cape Coral Saturday evening, leaving behind a trail of destruction.

The tornado, which had maximum winds of 132 miles per hour, traveled just shy of four miles and damaged 178 homes. Of those homes, 14 sustained major damage, and one was completely destroyed. More than 100 power poles were also downed. Early estimates show more than $6 million worth of damage.

Meanwhile, the American Red Cross has opened a shelter at Faith Presbyterian Church of Cape Coral on Coronado Parkway. Residents in need of assistance can contact the Red Cross at (239) 278-3401. Residents can also call the church at (239) 542-2858.

The Cape Coral Police will continue to have additional officers in the area this evening and overnight to protect residents and their property.

UPDATE: About two-thousand homes in Cape Coral are still without power as of 12:45 p.m., according to Mayor Marnie Sawicki, who spoke during an afternoon press conference. LCEC is still working to restore power, but no time table has been given as to how long the process will take.

Meanwhile, the city's emergency operation system has been activated since Saturday night. And inspectors are still working to assess the damage within the community.

A boil water notice has not been issued for the community. But residents who are using generators are urged not to operate the device inside their homes. Meanwhile, people who do not live in affected communities are urged to stay away for safety reasons.

Meanwhile, all charter schools in Cape Coral will be open Monday, Jan. 11. Parents are urged to use caution when traveling to and from school.

EARLIER: At least two-thousand residents are still without power after a suspected EF-2 tornado tore through Southwest Cape Coral Saturday evening, according to the Cape Coral Police Department.

The National Weather Service is on its way to Cape Coral to verify the tornado's intensity.

As of 8:30 Sunday morning, three people have suffered minor injuries as a result of the storm, but no deaths have been reported.

Meanwhile, the damage shelter at Oasis Middle School on Oasis boulevard has been closed, meaning anyone still in need of assistance should contact the American Red Cross at (239) 278-3401.

Pelican Boulevard is still powerless, and people who live along Beach Parkway will need a form of identification to enter the neighborhood. One sewer lift station was also destroyed, and several others are running on generators.

The Cape Coral Fire Department has more than 100 firefighters continuing welfare checks within the community. Sixteen additional police officers have also been sent into the community, while six city inspectors are surveying the damage, which is expected to exceed a million dollars.

Count on Four In your Corner to keep you updated as this story develops.