Body shop and customer at odds over fix 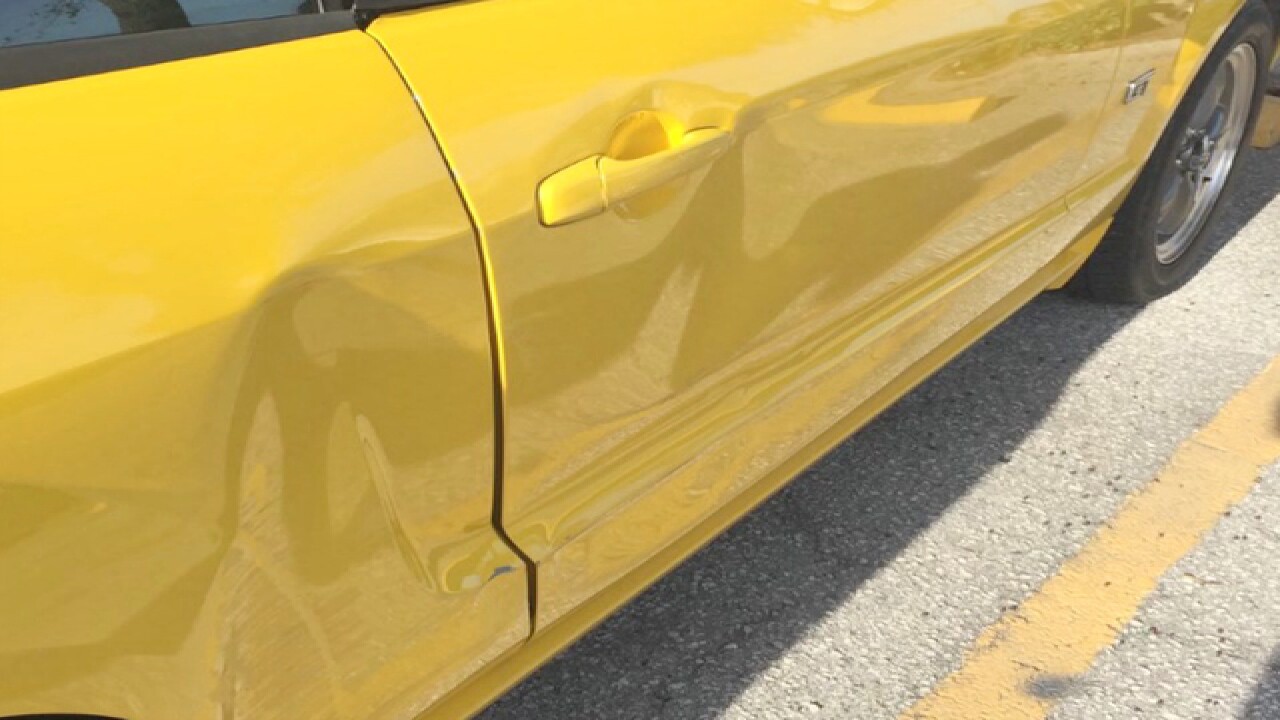 You've heard it said "you get what you pay for," but a Largo woman claims what happened in her case goes beyond the old saying.

Jessica Stout made a call for action after trusting her pride and joy with a shop she says did more damage than repair.

Jessica Stout refers to the yellow convertible as her baby.

Last December Stout hired Maaco on Tyrone Blvd to make repairs after another driver side swiped her Mustang .

Upon pick up this owner spotted multiple issues with the work. The passenger door sits ajar. So water seeps into the car now when it rains and there's evidence of overspray from bumper to bumper.

But it's what Stout told us happened to the hood scoop Maaco glued down that upset her the most. Two weeks post repair Stout says the hood scoop flew off while she was driving down the highway and hit another car.

After looking over the car we contacted the manager of the Maaco in St. Pete that did the work.

The manager admitted the job was poorly done and that he'd already given this customer 200 dollars of the 600 she paid for repairs. He offered to fix problem areas and replace the hood scoop.

Stout says the offer amounts to nothing more than detailing the car and replacing the hood scoop which she claims won't fix all of the problems.

At this point we’ve put her in touch with Pinellas Consumer Protection for further mediation.