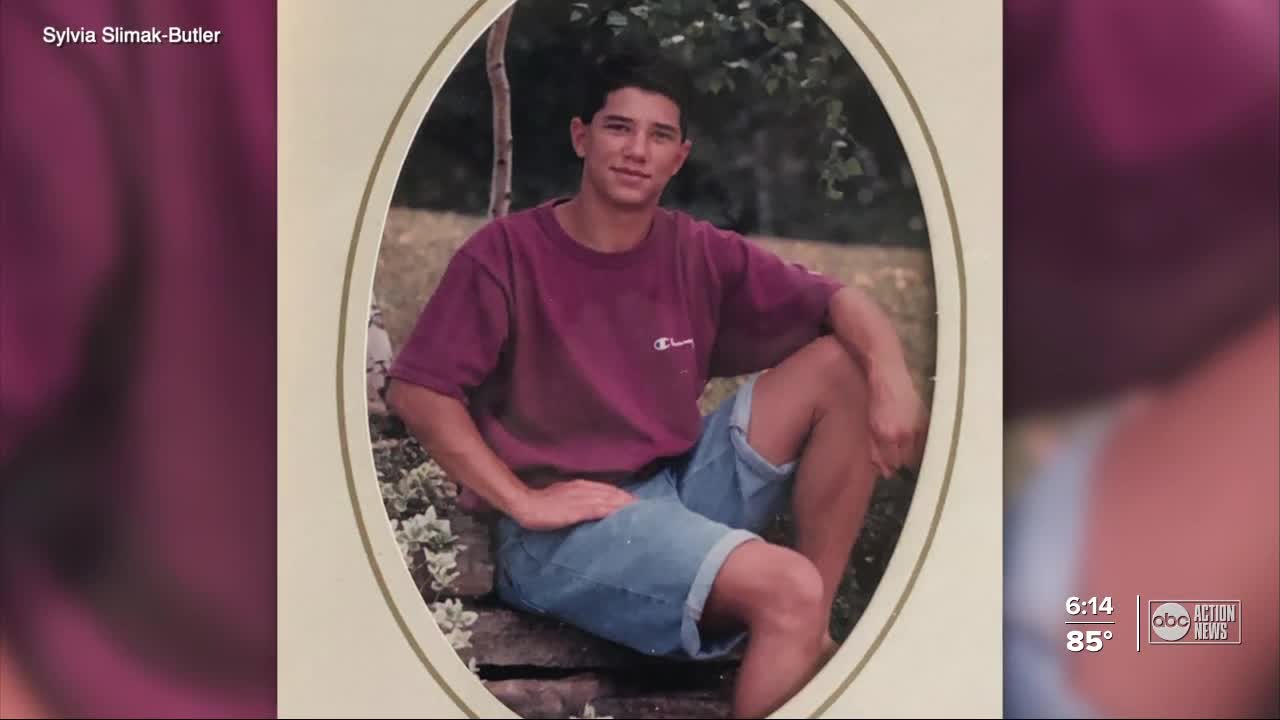 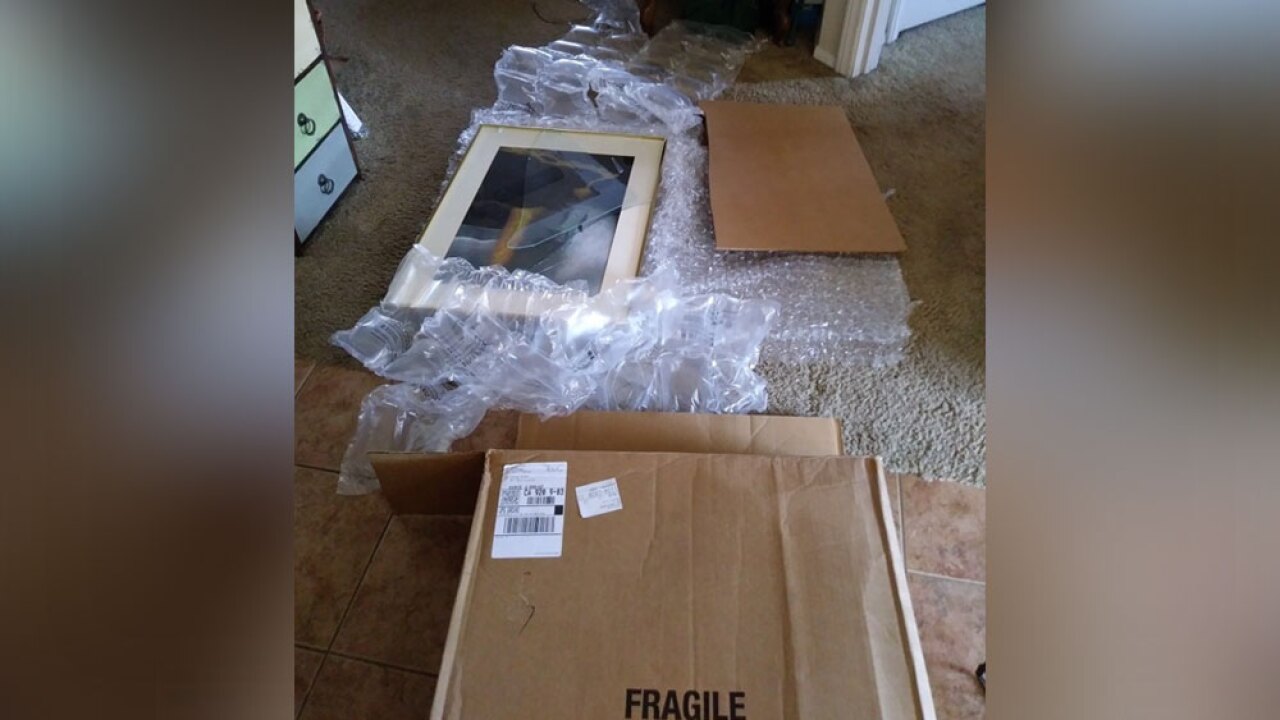 CITRUS COUNTY, Fla. — A Citrus County mother blamed UPS for damaging her deceased son's artwork and then refusing to pay for the repair.

Sylvia Slimak-Butler's teenage son, Scott Slimak, was killed in a car crash in 1993. Scott, an athlete and artist, was just 17-years-old. His mother has hung his paintings and drawings around her home. Slimak-Butler says her son's art and her memories are all she has left of Scott. The artwork, she said, is "one of the last things I have to remember him by."

When her older son Steve asked for one of Scott's paintings, Slimak-Butler went to UPS in Crystal River to have the painting professionally packed and shipped to him in California. When it arrived, the frame was busted, and the glass shattered. Slimak-Butler says she asked UPS to pay for the frame to be repaired.

"The woman on the phone told me they were shipping it back to me. I said, 'please don't ship it back. I want it out there,'" Slimak-Butler said.

The shipper sent the box back to Florida anyway, broken glass and all, puncturing and ripping the painting.

"I almost had a heart attack; there was broken glass all over the box. The picture was all cut up," she said.

Receipts for both the original shipping and the cost to restore the painting totaled more than $460. But Slimak-Butler says UPS didn't want to pay for the cost of repairs and sent her a check for $225.

"I told them I wasn't accepting that check because it is not right, they need to pay for the damage to the picture," she said.

And that's when she made a call for action.

ABC Action News sent the receipts and pictures to UPS's corporate offices. The company said it would investigate, and they did. Weeks later a spokesperson, responding by email, wrote, "....it was determined the return of the painting was initiated by an error made by UPS during the claims filing process. The mistake is being addressed with the department where it occurred."

UPS says its Crystal River store issued a claim check to cover both Slimak-Butler's shipping costs and the full amount she paid to restore Scott's painting.