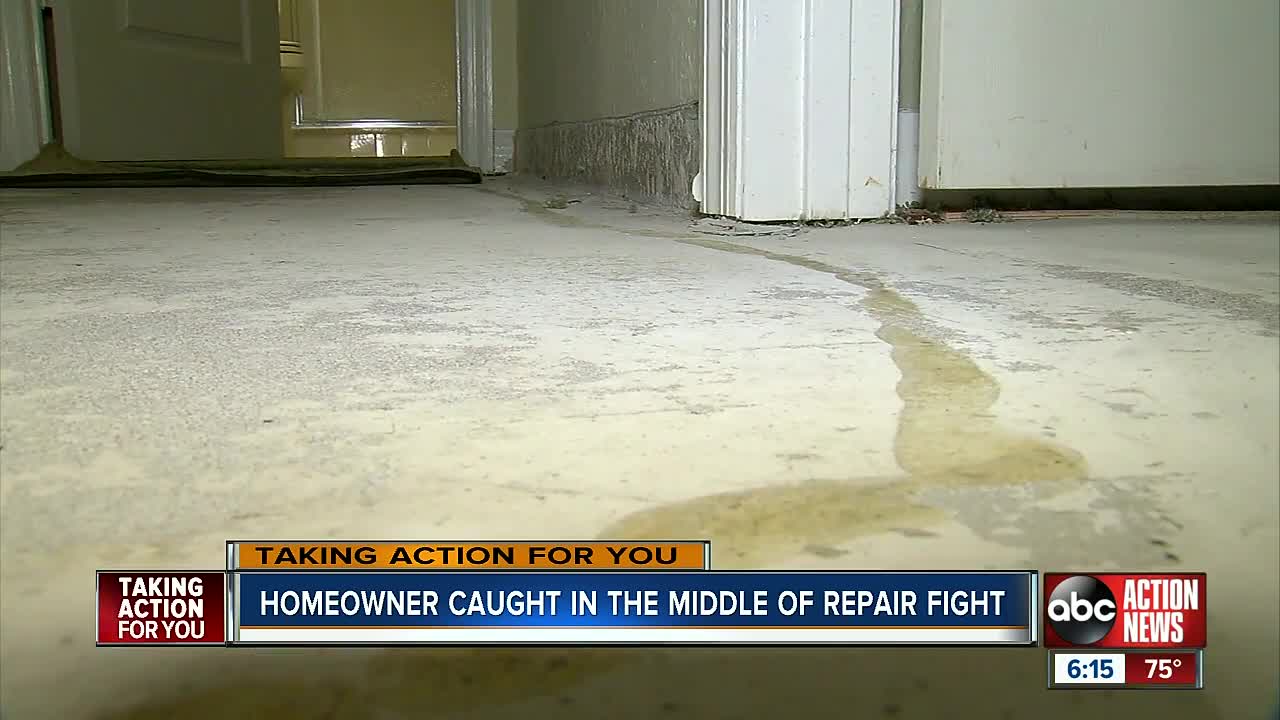 A Tampa homeowner was left with only half a home for eight months after his insurance company and contractor fought over the cost of repairing his flooded condo. Story: https://wfts.tv/2H5IlCP 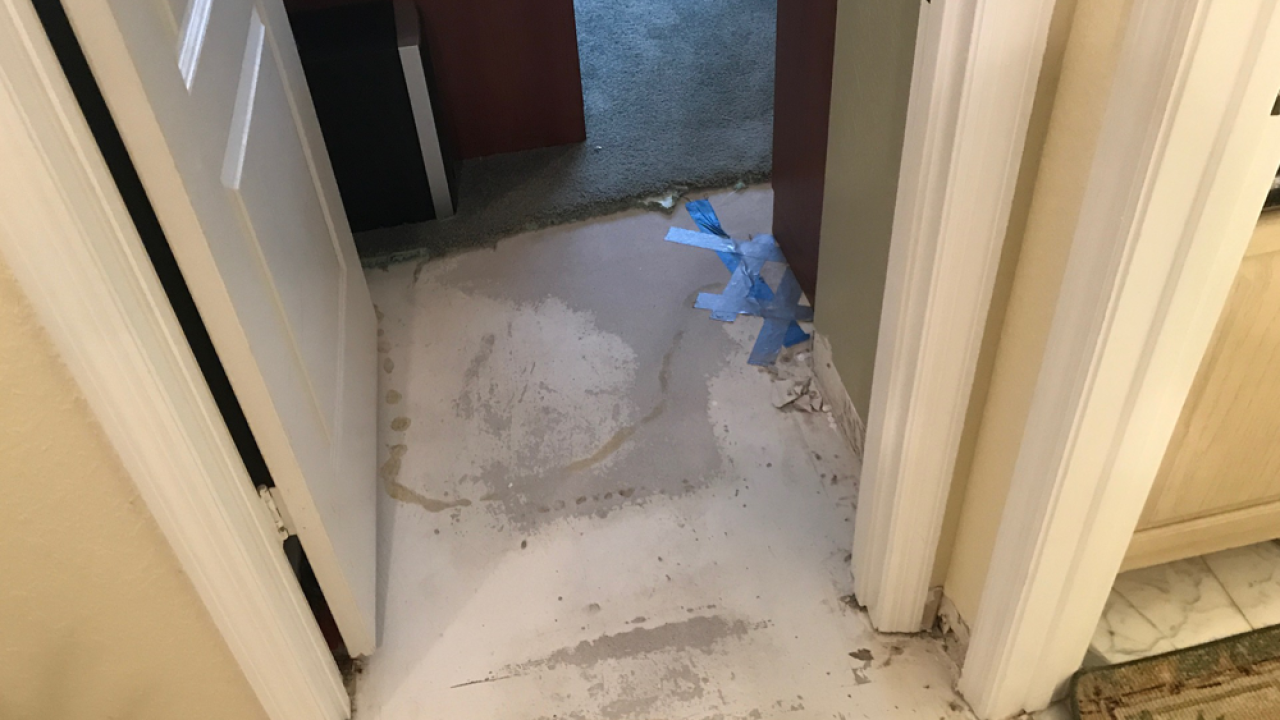 TAMPA, Fla. — A Tampa homeowner was left with only half a home for eight months after his insurance company and contractor fought over the cost of repairing his flooded condo.

Bill Honan said his trouble began after water started shooting from a pipe in his bathroom – flooding his condo last October.

“I was in a state of panic,” Honan told Taking Action Reporter Jackie Callaway. “What do you do? How do you stop it?”

Honan hired Synergy Contracting Group to dry out his home and repair the damage.

“They said before we do anything you are going to have to sign an AOB,” said Honan.

Honan signed an AOB – or “assignment of benefits” – which means he gave Synergy Contracting Group all rights to his insurance claim.

Synergy’s estimate to repair the damage topped $28,000. But his insurance company – Citizens Property Insurance – wouldn't even pay half of that.

Honan’s condo sat, unrepaired, for eight months and he was forced to live in half of his home.

Taking Action Reporter Jackie Callaway brought in Mark McComski of Paul Davis Restoration, who is not involved in Honan’s case, and asked him to review quotes from both the insurance company and the contractor.

McComski estimated the insurance company didn’t pay enough for the repairs, but also estimated that Synergy Contracting Group inflated the price by about $8,000.

“There’s items in here that would not necessarily need to be done,” said McComski.

Synergy never responded, but one week after ABC Action News reached out to Citizens, the insurance company cut a check made out to Synergy for an additional $13,000.

Honan said he’s currently negotiating with the contractor to cancel his contract, so he can use that money to hire another company and repair his home.