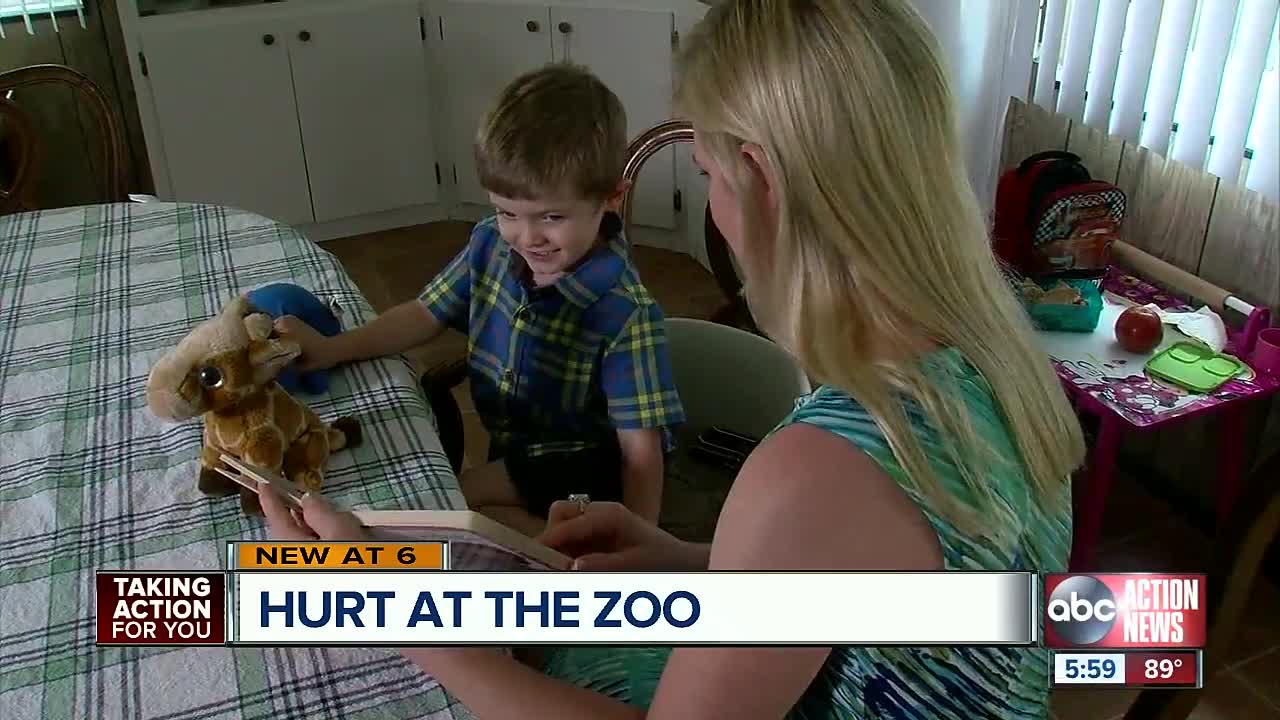 When a mom couldn’t get the zoo to make repairs after her four-year-old son injured himself in a children’s play area, she called Taking Action Reporter Jackie Callaway for help. 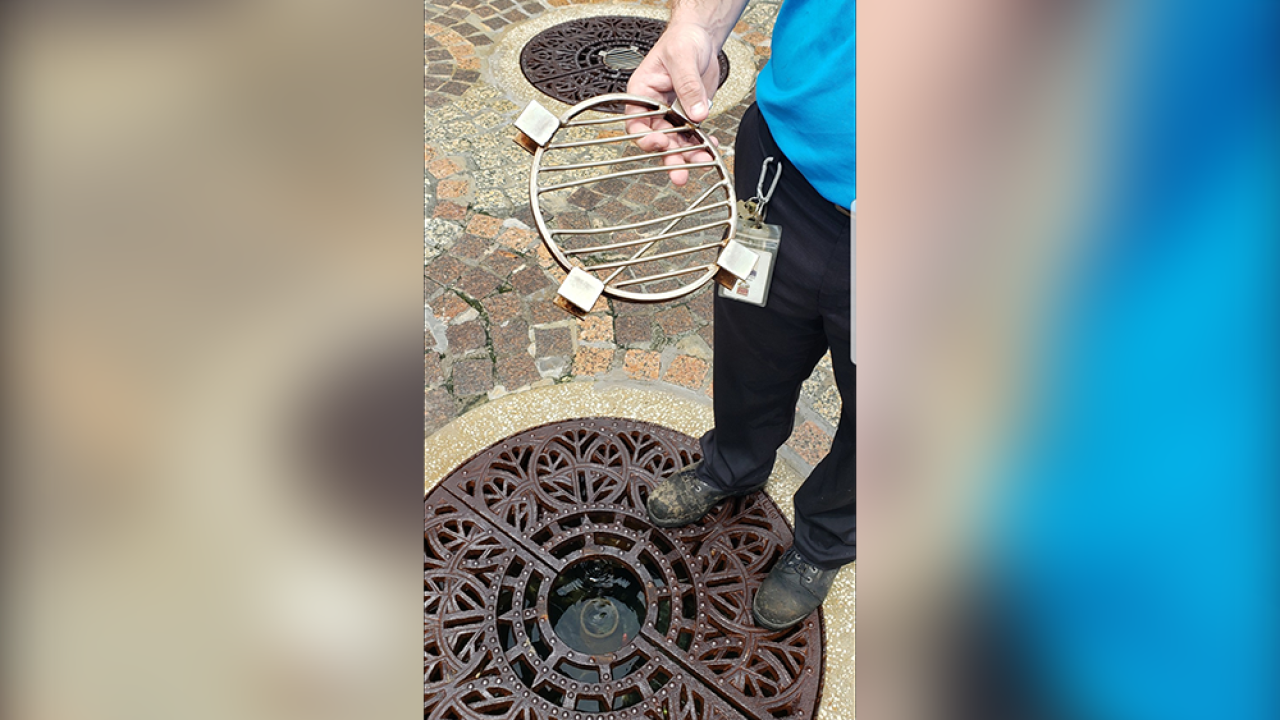 TAMPA, Fla. -- When a mom couldn’t get the zoo to respond to her concerns after her 4-year-old son injured himself in a children’s play area, she called Taking Action Reporter Jackie Callaway for help.

During a fun family outing at the zoo over the summer, her 4-year-old son Charlie was playing in the manatee fountain splash zone when he fell through a grate in the play area.

“My husband ran over and realized his leg was down in the fountain,” said Wallace. “The piece of metal that was broken had jammed up against his ankle, so he was completely pinned.”

It took Charlie’s father and another man pulling on the grate to free his leg. Wallace said the incident scared the entire family.

“He’s crying and I’m crying and it was really traumatic,” said Wallace.

The fall left Charlie bruised and bloody but luckily with no permanent damage.

But when the family returned to the zoo on August 2 — weeks after the accident. Sarah Wallace told us she found “the grate that was broken was covered up.”

Wallace says she asked a zoo employee what repairs were being made to protect other kids.

“He said, ‘If you had listened to the signs and had shoes on him, he would not have gotten hurt’ and I said, ‘What signs?’” said Wallace.

The family shared photos they took of two-foot-tall signs — partially hidden by bushes — warning shoes are required in the play area.

But Wallace says she’s never seen the signs and most of the kids in the play area run bare foot.

“I was really upset that day. I was watching so many children play without shoes on and no one warning them,” said Wallace.

Wallace contacted ABC Action News because she didn't want what happened to their son to happen to another child.

Taking Action Reporter Jackie Callaway asked the zoo what it planned to do to make the play area safer and staff said, “Several steps have been taken already, including keeping the area cordoned off while we await a replacement grate. Additionally, our maintenance team thoroughly inspected the other grates for signs of wear or damage and no issues were found. Our signage team is currently creating new signage and determining the best placement.”

Wallace said her family plans to return to the zoo, but next time, the kids will keep their shoes on.