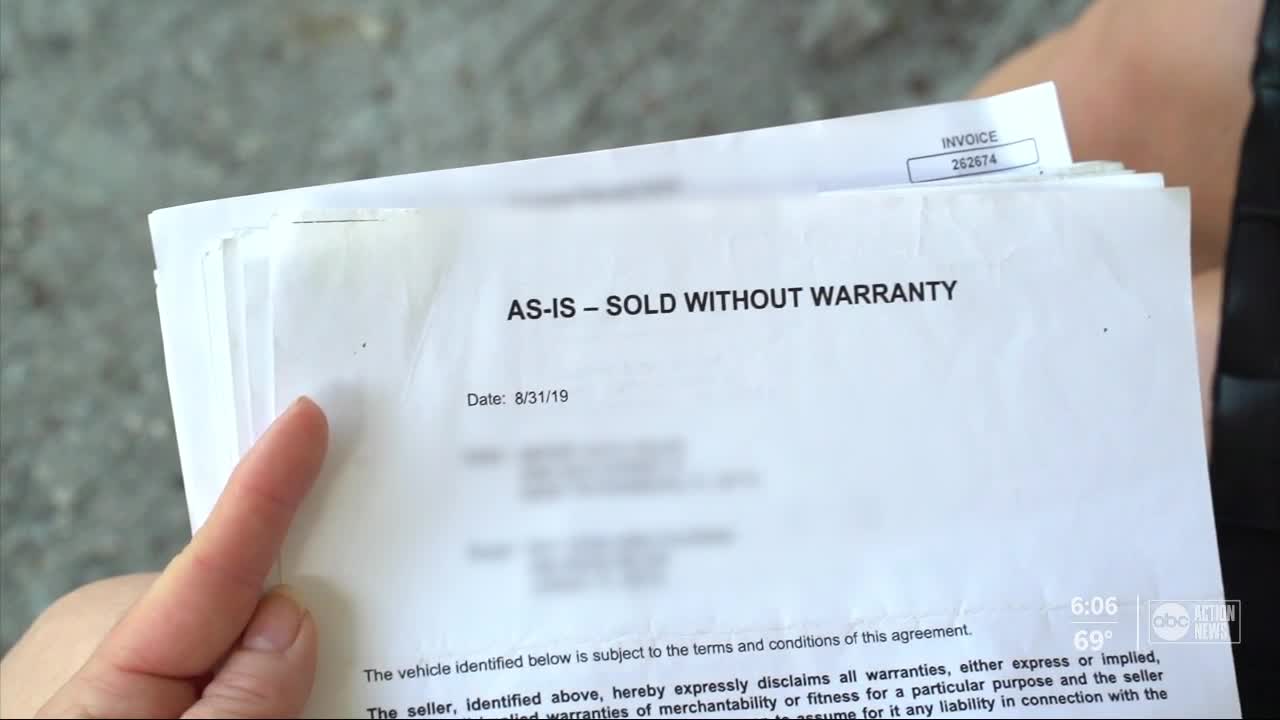 A Largo mom made a call for action after a used SUV the dealer described as “perfect” broke down just days after she bought it. 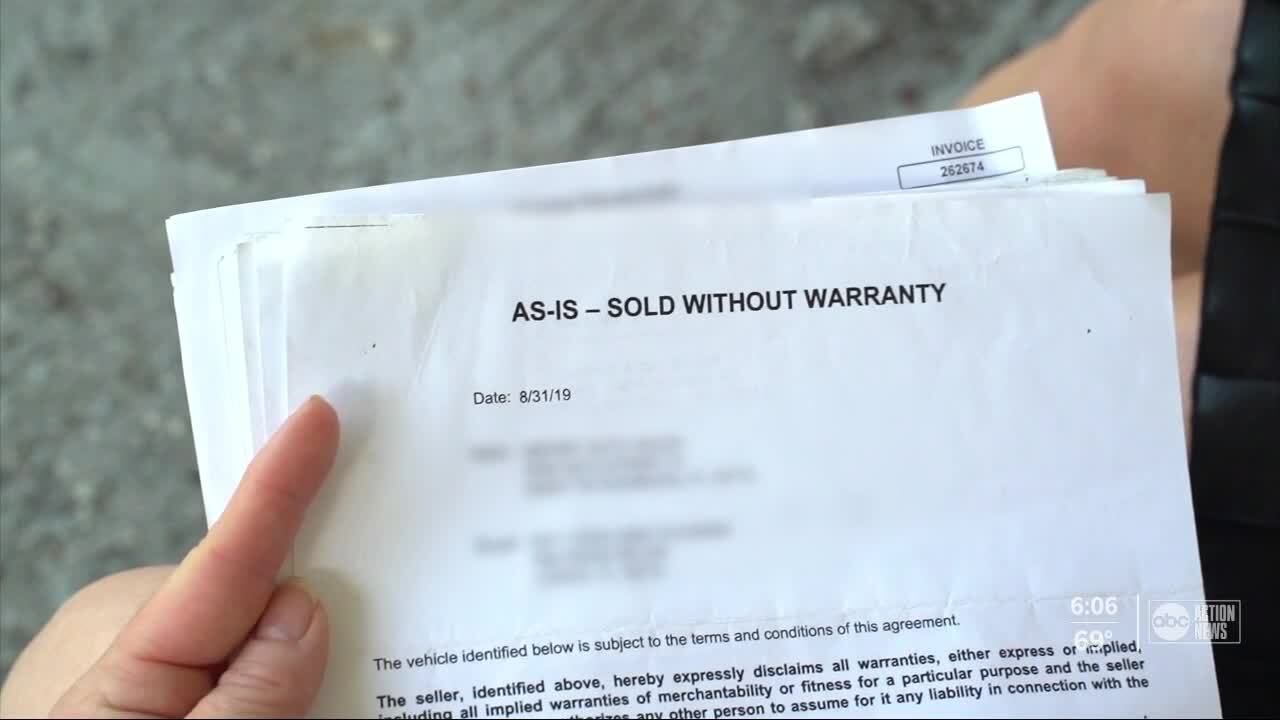 TAMPA, Fla. -- A Largo mom made a call for action after a used SUV the dealer described as “perfect” broke down just days after she bought it.

Kayleigh Coleman said the GMC Acadia died as she was driving her children on busy Ulmerton Road in Pinellas County.

“I spent every dime I had on getting this vehicle and getting back on the road for my family,” said Coleman.

She took the vehicle to a mechanic who provided a written estimate showing the SUV needed about $4,000 worth of repairs.

“I just didn’t have the money to do it,” said Coleman. “I just spent all my money on this car.”

ABC Action News contacted the dealer, who confirmed he sent Coleman a text describing the car as “perfect.”

But according to her contract, Coleman purchased the car “as is,” meaning the dealer is not responsible for making or paying for any repairs after the sale.

After ABC Action News contacted the dealer, he said he would work with the family, took back the Acadia and gave Coleman a different SUV that runs.

Experts say used car buyers can avoid problems by never purchasing a used vehicle “as is” unless a mechanic inspects it first.