Homeowners blame 'Assignment of Benefits' for gutted homes, no repairs 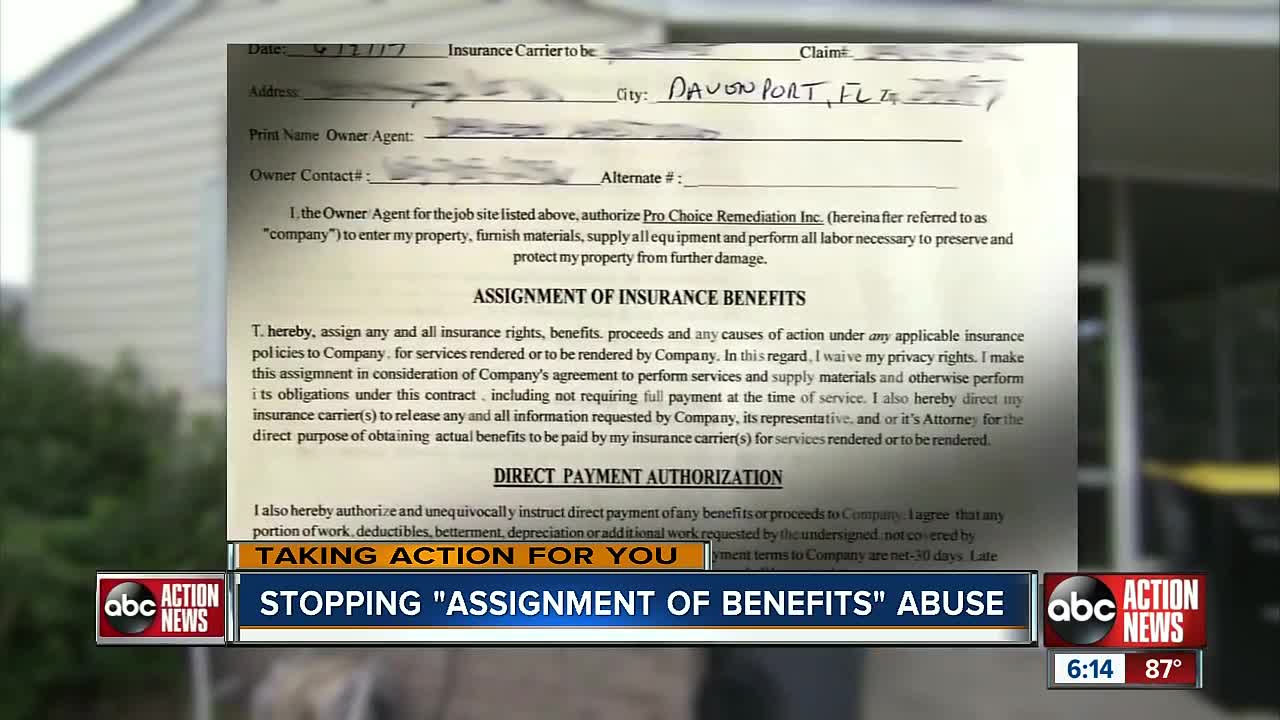 The high costs of homeowner insurance are being blamed on the abuse of the system. 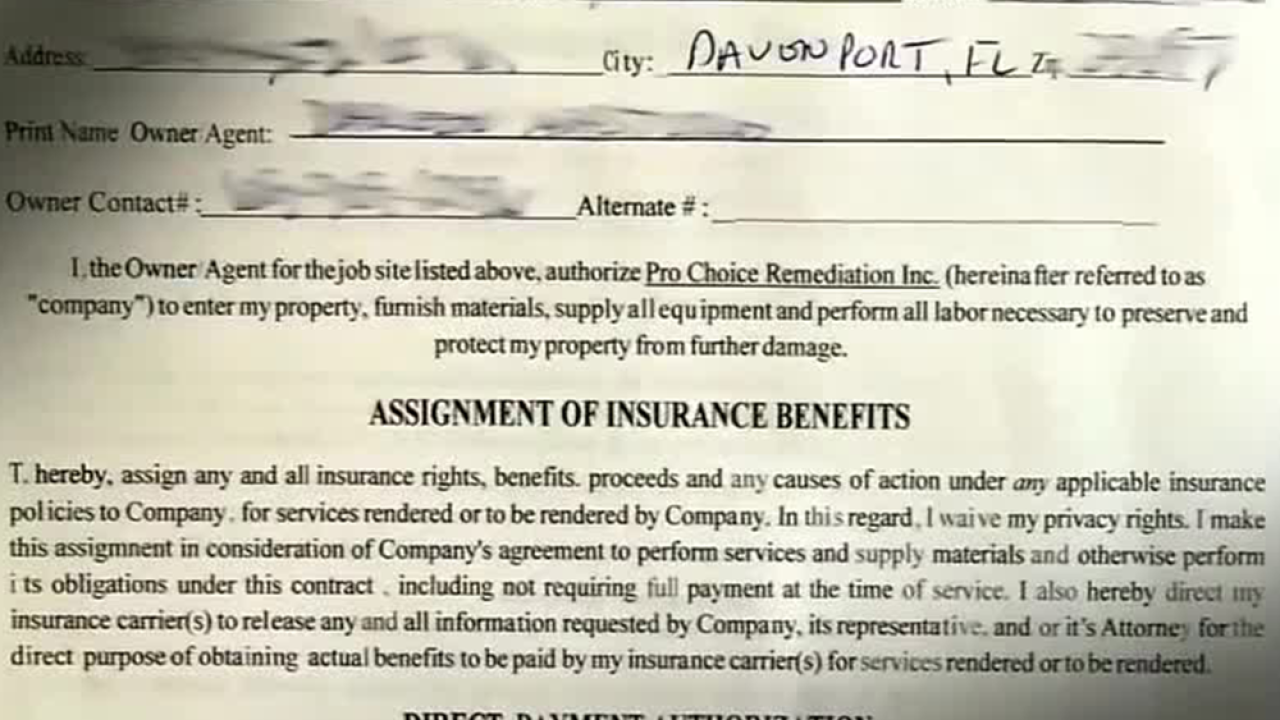 For years, ABC Action News has been uncovering the high cost of car and homeowners’ insurance – blamed on a little known abuse of the system. But the I-Team found a new law may lead to lower rates.

DAVENPORT, Fla. — For years, homeowners from Polk to Pinellas Counties blamed something they’d never heard of – assignment of benefits – for winding up with gutted homes and no repairs in sight.

In Davenport, Darlene Masturzo filed an insurance claim to repair a small amount of water damage but said her contractor gutted her kitchen and took off.

“Pure hell. It is killing me,” Masturzo told I-Team Reporter Jackie Callaway at the time.

The contractor asked Masturzo to sign what’s known as an assignment of benefits, which gave him control over her insurance claim.

“They said, ‘We’ll take care of everything for you. We work directly with the insurance company,'” said Masturzo

In another case in Pinellas County, Wendy Snellgrove recounted how she lost the use of her kitchen for more than a year.

Her contractor also asked her to approve an assignment of benefits, an I-Team investigation found.

These two women’s stories are part of a problem I-Team Reporter Jackie Callaway has been uncovering for years – contractors and attorneys inflating claims then suing insurance companies for payment.

One insurance company, Citizens, even admitted to raising rates on customers to offset the costs of these cases.

But state lawmakers just recently passed new reforms that could put an end to all that.

The new law, which goes into effect July 1, allows insurers to offer policies without assignment of benefits at a discount to consumers.

Another key part of the law would limit attorney fees for contractors who sue the insurance companies in these types of cases.