A year later, local veteran still waiting on contractor to finish his pool 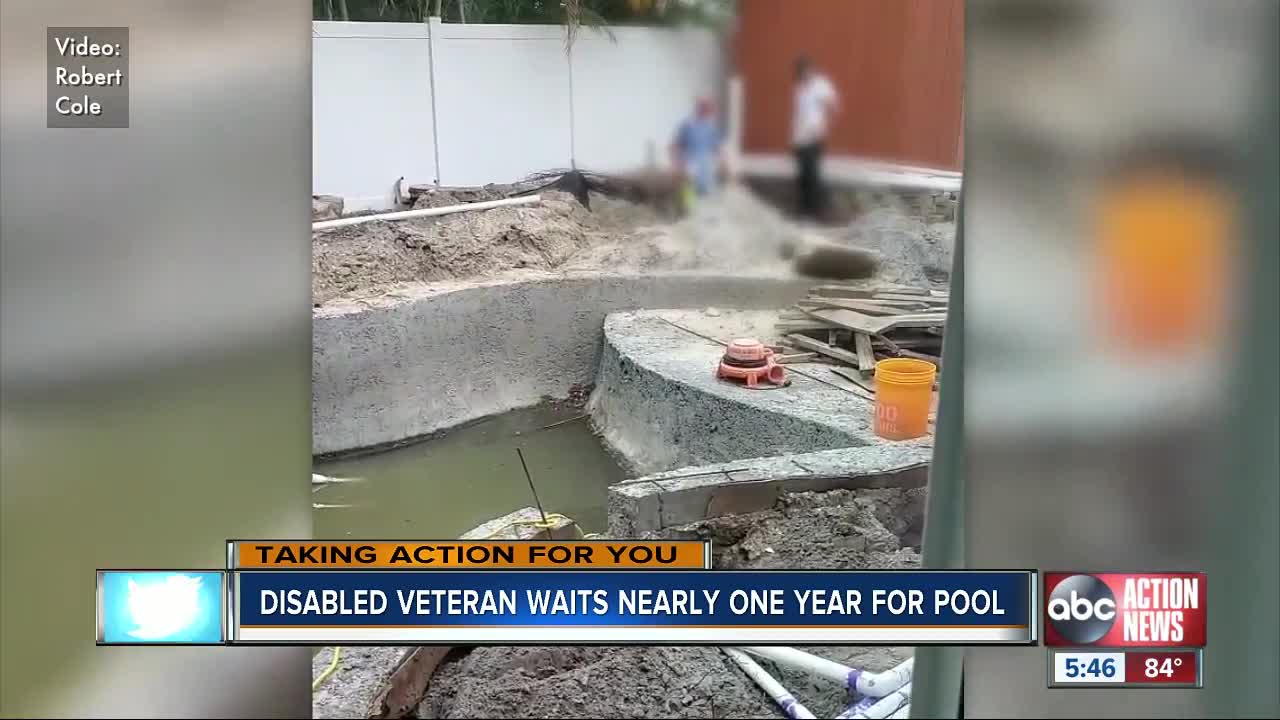 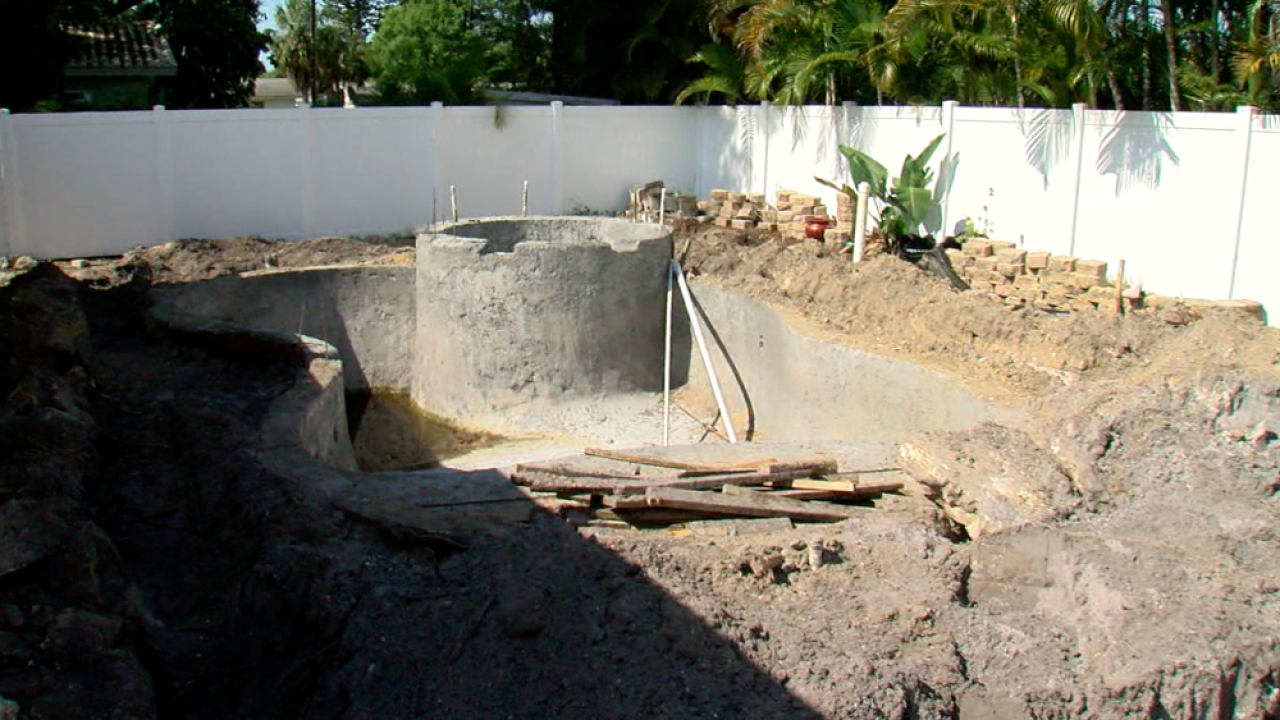 TAMPA, Fla. — A local veteran who hired a contractor to build a pool he needs for physical therapy made call for action after workers failed to finish the job months later.

Robert Cole told Taking Action Reporter Jackie Callaway he hired a pool contractor after doctors told him swimming would provide both the pain relief and physical therapy he needs.

“I am just tired of living like this,” said Cole, who is confined to his bedroom most days due to an Army training injury.

But eight months after hiring the contractor, Cole was left with a giant hole in the ground and little else.

NEED HELP ON A CONSUMER ISSUE? Contact the I-Team

Cole said he paid Coastal Pools and Spas more than half of the $59,000 contract but told Taking Action Reporter Jackie Callaway that no one shows up to work most days.

ABC Action News asked Gary Crayton of the Florida Swimming Pool Association to look over the contract and the amount of work done since Cole hired the contractor last September.

“Obviously it has taken way too long,” said Crayton.

When contacted about the delays, the owner blamed rain and power upgrades, saying in an email, “I will do everything I can to have the pool complete as soon as possible.”

Cole said he’s hopeful he can use the pool soon.

“I didn't know where else to turn,” Cole told Taking Action Reporter Jackie Callaway. “You answered my prayers by showing up.”