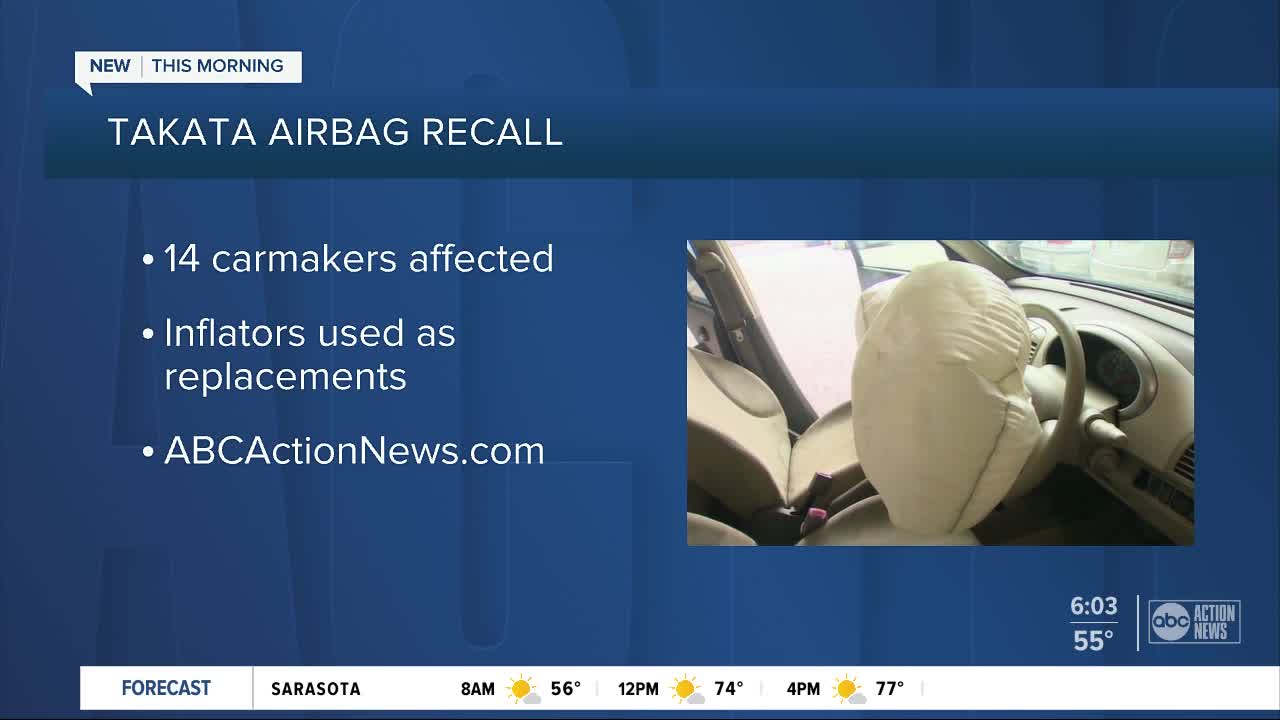 Takata is recalling 10 million more front air bag inflators sold to 14 different automakers because they can explode with too much force and hurl shrapnel. Story: https://wfts.tv/2uyDyHh 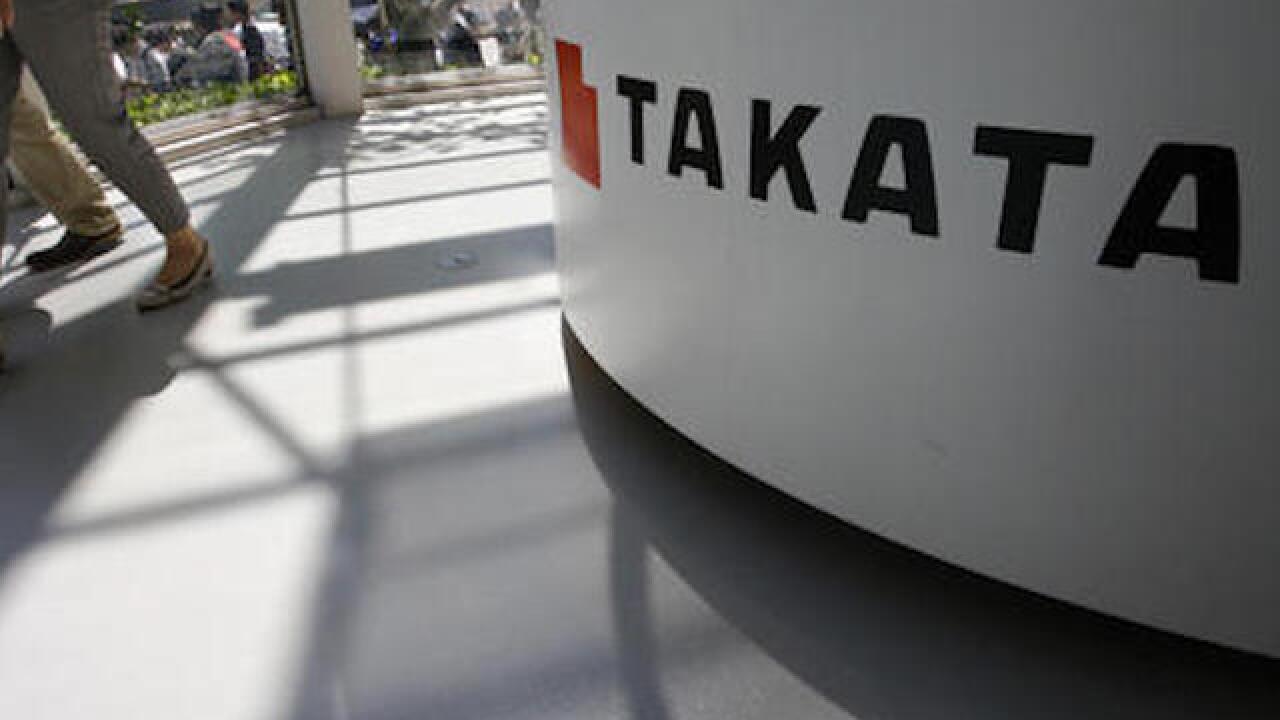 DETROIT (AP) — Takata is recalling 10 million more front air bag inflators sold to 14 different automakers because they can explode with too much force and hurl shrapnel.

The recall is the last one the bankrupt company agreed to in a 2015 settlement with the U.S. safety regulators. It could bring to a close the largest series of automotive recalls in U.S. history.

The 10 million inflators are part of the approximately 70 million in the U.S. that Takata was to recall as part of the agreement with National Highway Traffic Safety Administration.

Automakers will determine what models are affected and launch their own recalls. Ford, Fiat Chrysler, Honda and Mazda already have made announcements.

The recalled inflators were used to replace dangerous ones made by Takata until a permanent remedy could be developed.

Takata used ammonium nitrate to create a small explosion to inflate air bags. The chemical can deteriorate over time when exposed to high heat and humidity and burn too fast, blowing apart a metal canister and hurling shrapnel.

At least 25 people have been killed worldwide and hundreds injured by Takata inflators. About 100 million inflators are being recalled across the globe.

In paperwork posted Wednesday on the NHTSA website, Takata said the 10 million figure is an estimate and that many of the inflators were never installed in vehicles. The company said it doesn't know how many vehicles were affected.

But the numbers are still huge. Subaru, for instance, on Wednesday issued recalls for nearly a half-million vehicles to replace Takata inflators that were used as interim fixes. The recalls cover vehicles from the 2003 through 2014 model years including certain Forester, Baja, Impreza, WRX, Legacy and Outback models. Also covered is the 2005 and 2006 Saab 9-2x made by Subaru for General Motors.

Owners can check to see if their vehicles have been recalled by keying in their 17-digit vehicle identification number on the NHTSA website.

All of the Takata recalls are being phased in by the age of the vehicle and location. Vehicles registered farther south, where conditions are hot and humid, get first priority.

The latest recalls could bring an end to a saga that began with the first recall in 2001 and mushroomed into what collectively is the largest recall in U.S. automotive history.

There are still a few unresolved issues, though. Takata had until the end of 2020 to prove that inflators using ammonium nitrate with a moisture absorbing chemical are safe. If it can't be proved, then Takata will have to recall millions more inflators. NHTSA has not yet made a decision on those inflators.

Also, General Motors, Ford and Mazda are seeking exceptions from the recalls for Takata inflators on millions of other vehicles. The companies contend their inflators are safe.

The remnants of Takata were purchased by Chinese-owned Key Safety Systems for $1.6 billion (175 billion yen). The successor company is called Joyson Safety Systems.