Millions of kids water bottles recalled due to choking hazard 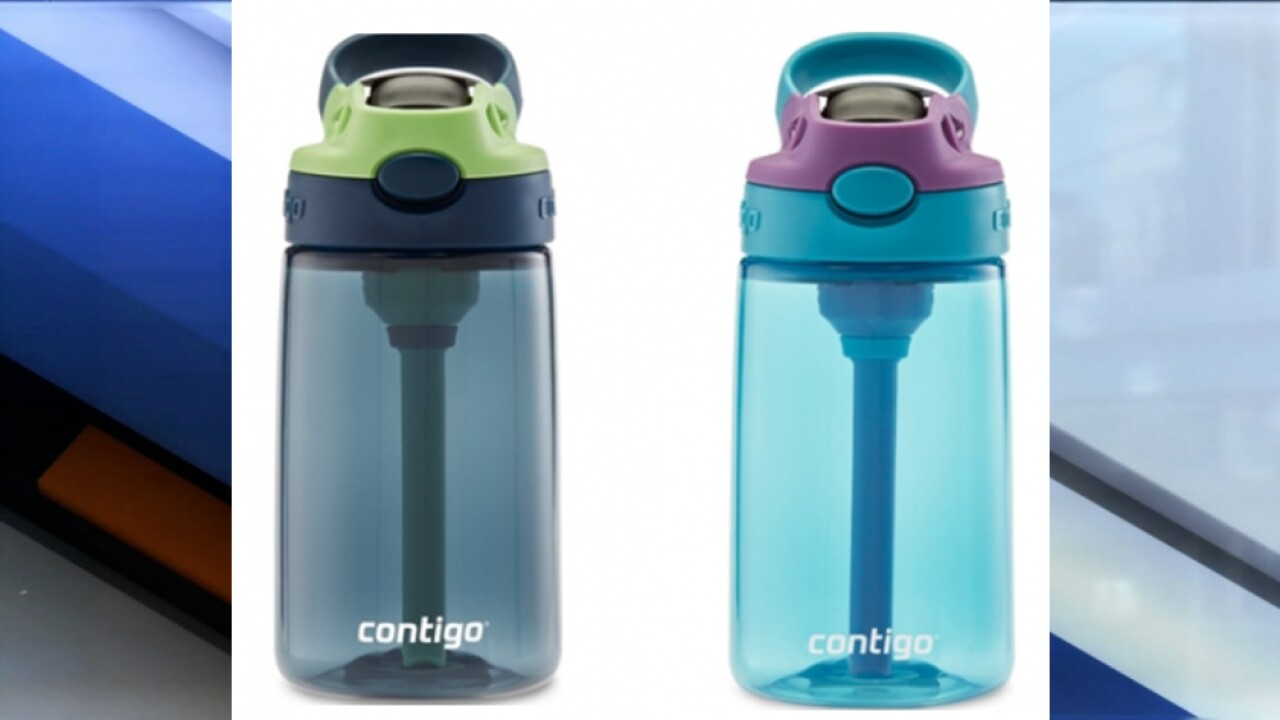 5.7 million kids water bottles have been recalled due to a choking hazard.

Contigo issued the recall because the cleanable water bottle's clear silicone spout can detach, posing a choking hazard to children.

The base and cover of the clear silicon spout will always be BLACK. Only black color spout base and spout cover models are included in this recall.

Contigo is printed on the rim and along the front near the bottom of the bottle. The water bottles come in three sizes (13 ounce, 14 ounce and 20 ounce) and four bottle colors (solid color, graphics, stainless steel and stainless steel solid colors).

The water bottles were sold individually as well as in two-packs and three-packs.

They were sold at Costco, Walmart, Target and other stores nationwide and online on various websites from April 2018 through June 2019 for between $9 and $24.

Contigo has received 149 reports of the spout detaching including 18 spouts found in children’s mouths.

Consumers should immediately stop using the recalled water bottles, take them away from children and contact Contigo for inspection instructions and a free replacement lid.