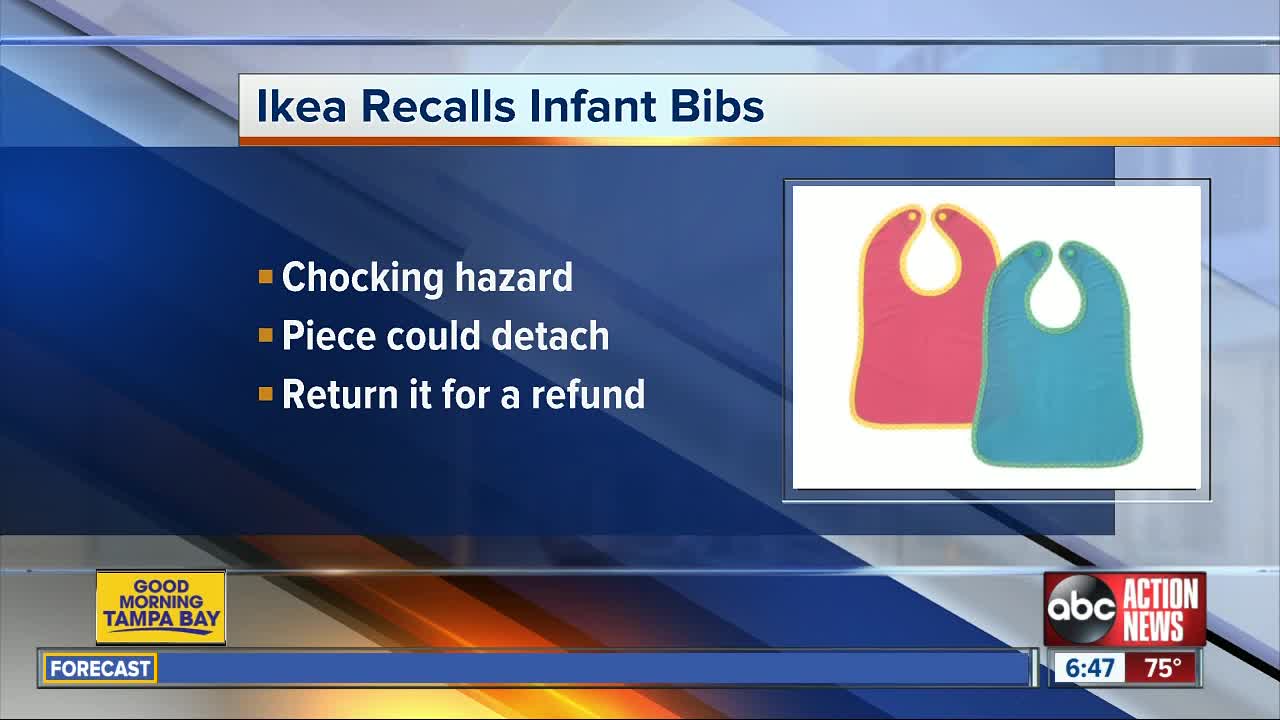 Ikea is recalling thousands of infant bibs over concerns their snaps could be a choking hazard if they detach. 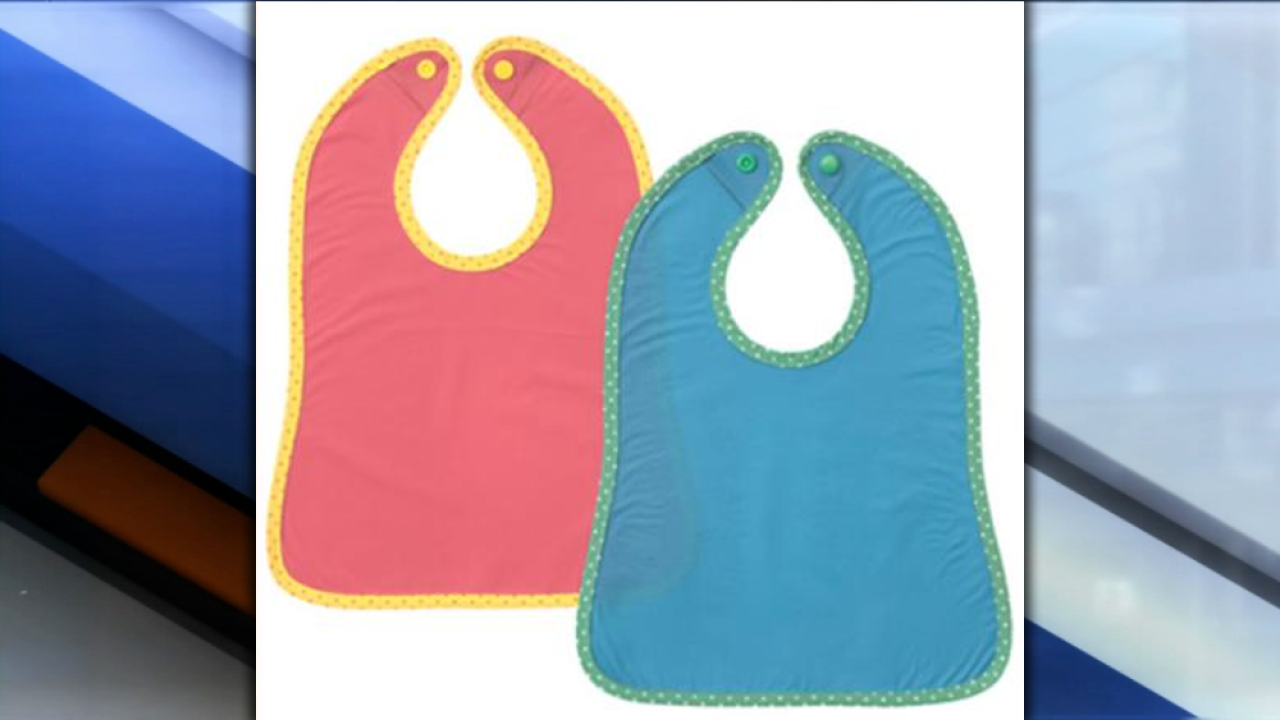 Ikea is recalling thousands of infant bibs over concerns their snaps could be a choking hazard if they detach.

The recalled 7,000 MATVRÅ infant bibs appear as a pair in a pack, and were sold in stores, online and worldwide. Each pack has a red and blue bib, both of which have the store's logo printed on a white tag on the back.

The company said it received two reports of the snaps on the bibs detaching, but neither incident occurred in the United States and no injuries have been reported. It asked consumers to stop using the recalled bibs and return them to any IKEA store for a refund.

Choking is one of the leading causes of unintentional deaths for infants, according to the National Safety Council.