FDA again warns consumers 'DO NOT eat, DO NOT buy' Honey Smacks cereal due to salmonella outbreak 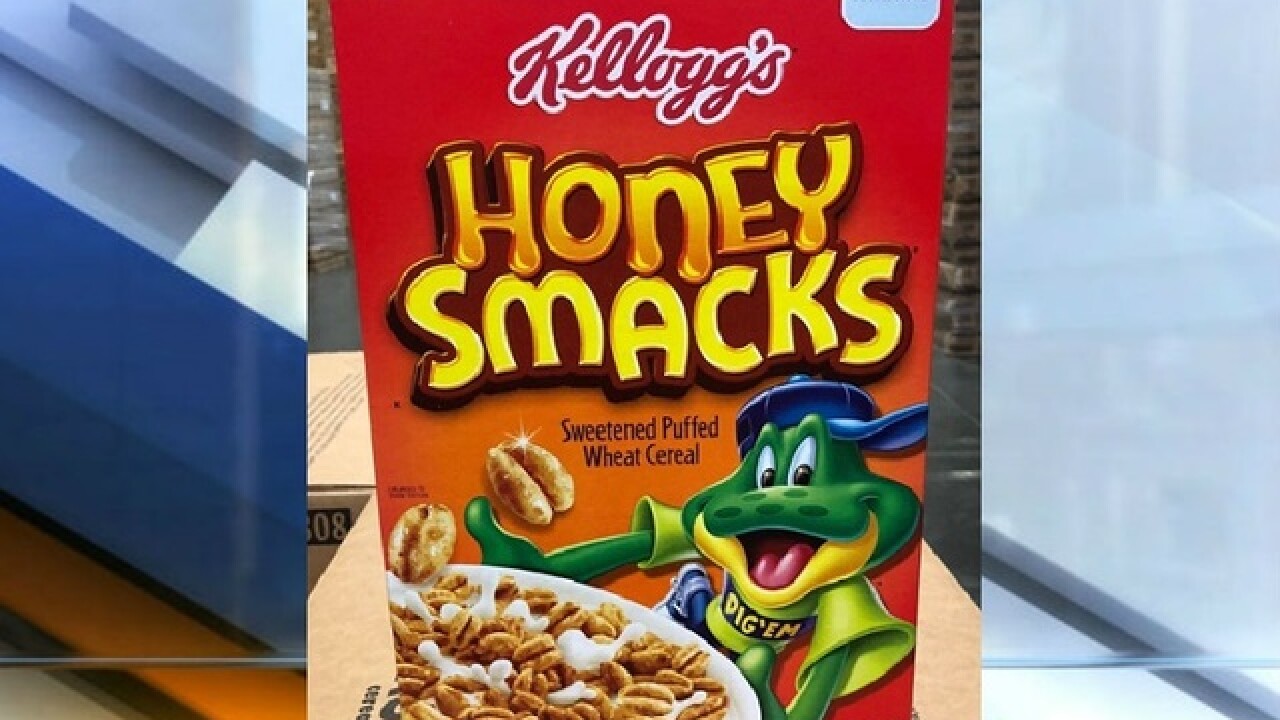 The US Food and Drug Administration again has advised consumers "not to eat and discard any Kellogg's Honey Smack cereal" as part of an ongoing salmonella outbreak linked to the popular breakfast product.

In a statement Tuesday, the FDA said an additional 30 people have gotten sick in the multistate outbreak of salmonella illness linked to recalled Kellogg's Honey Smacks cereal. One hundred thirty people have become ill since March, although the outbreak was not announced until June.

Get. Rid. Of. The. HoneySmacks. If they're still in your cabinet, toss them! https://t.co/IAzT3oHfpk

Symptoms of salmonella infection include diarrhea, fever and abdominal cramps and typically begin 12 to 72 hours after exposure to the bacteria. The first cases of illness in this outbreak began with symptoms on March 3, and the most recent individuals began feeling ill on July 2.

Symptoms last about four to seven days, and although most people improve without treatment, some may require hospitalization because of severe diarrhea. Thirty-four people have been hospitalized in this outbreak.

Salmonella can also travel from the intestines to the bloodstream and ultimately the rest of the body. Death is rare but may occur if the person is not treated quickly with antibiotics. No deaths have been reported in this outbreak.

Delaware, Minnesota and Maine are the latest states to join the list of 36 states where illnesses have been reported as part of the outbreak.

Kellogg’s Honey Smacks cereal linked to 130 Salmonella infections in 36 states. The cereal was recalled and could make you sick if you eat it. Check your pantry for it and do not eat it. https://t.co/G5WyEiENH0 pic.twitter.com/bmbm5g0Jee

The FDA urged consumers to "check their homes and throw away any Kellogg's Honey Smacks cereal" and retailers to discard recalled lots because of the chance of salmonella contamination.

"People who recently became ill report eating Kellogg's Honey Smacks cereal that they had in their homes," the US Centers for Disease Control and Prevention said in an outbreak update Tuesday.

The FDA and CDC are continuing to advise consumers "not (to) eat and discard any Kellogg's Honey Smacks cereal. This is regardless of size or 'best if used by' dates. If already purchased, consumers should throw it away or return to the place of purchase for a refund. The FDA continues to collect information to determine any additional sources."

The cereal was recalled in June and should no longer be available for purchase.

In addition, the agency has advised the public to report any sales of the cereal to the FDA Consumer Complaint Coordinator in their area.

The CDC and the FDA are continuing to work with state and local health officials across the country to investigate the source of the contamination.