10 ways new parents can save money 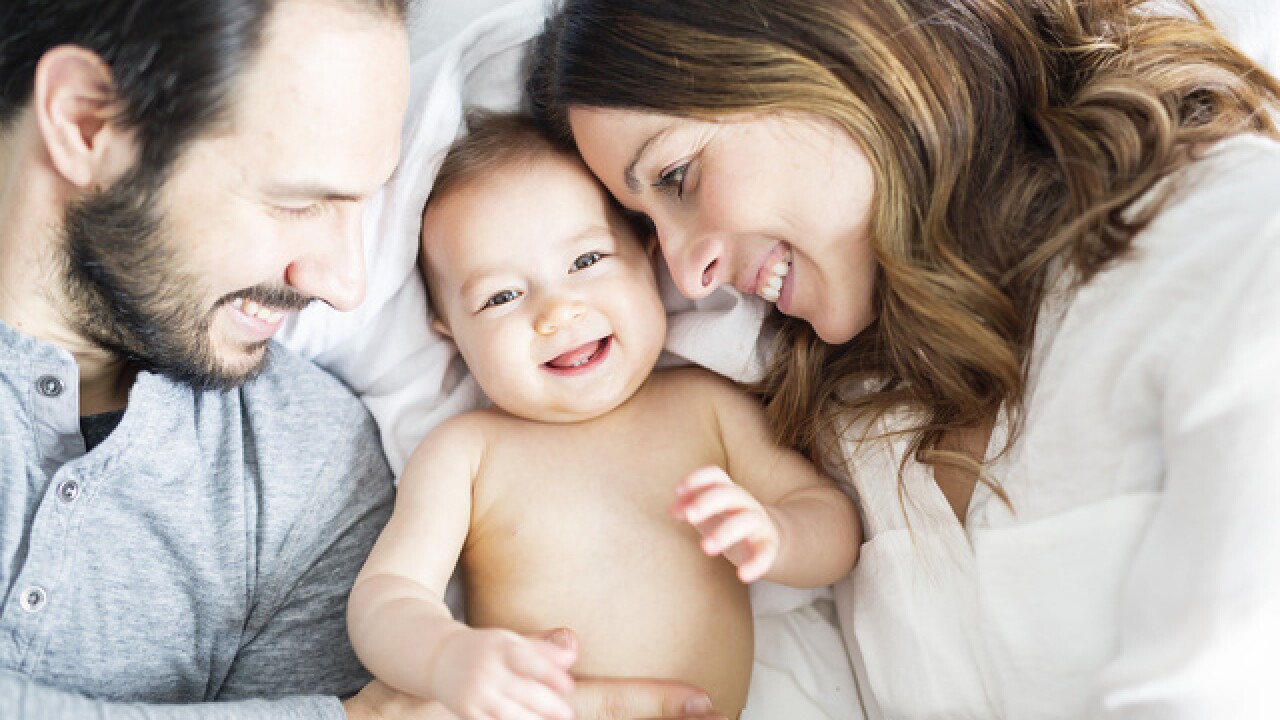 As a first-time parent, you’ve probably been warned about sleepless nights, feeding struggles and the persistent fear that you have no idea what you’re doing. But did anyone mention the temptation to buy a $30 Thanksgiving onesie that your baby would wear for about five hours? It’s easy to overspend when you’re giddy and exhausted, but we have your back. When you get five minutes to yourself — OK, if you get five minutes to yourself — consider these money-saving techniques.

Your wallet and future self will benefit if you buy clothes and other items offseason, says Cherie Lowe, author of “Slaying the Debt Dragon” and the blog “Queen of Free.” So scoop up that 80 percent off sundress now, in the size you estimate your kid will be wearing next summer. When she’s invited to a birthday party in May, you won’t need to schlep to the store and buy a full-price outfit. As Lowe, a mother of two, puts it: “You’re going to be making better decisions if you already have stuff in the closet.”

Yes, that tiny cashmere sweater is adorable. And when you’re online shopping on three hours of sleep, it’s totally worth $40. Add the item to your cart, but don’t buy it until you’ve had at least 24 hours to consider the purchase. Within that time, Lowe says, “You gain a lot of clarity of what you need versus what you want.” If the sweater (or whatever) still seems like a logical buy and fits within your budget, go for it. If you pass because your kid will fit into it for one month, and cashmere isn’t cute when it’s covered in spit-up, then save yourself the $40.

Those tiny, matching outfits are nice, but your 6-month-old doesn’t need 20 of them. She’s not Carrie Bradshaw, and she’ll grow out of them faster than you can post the cuteness to Instagram. Lowe suggests creating a “capsule” wardrobe — a limited set of basic items with interchangeable patterns and colors. “Inevitably, you’ll end up with stains on the top or the bottom and won’t have to ditch an entire outfit if something goes awry,” she says.

Sara Andersen, co-founder of the personal finance blog Mustard Seed Money, has bought enough cloth diapers from Craigslist to cover most of her toddler’s needs since he was an infant. (She’ll reuse many of those diapers for her newborn.) She buys only “gently used, well-maintained” diapers on Craigslist, she says, which are usually much less expensive than new ones. Andersen has also gotten plenty of free stuff from Craigslist, including two double strollers, several bags of clothes and many, many toys. “Our basement is a playground for our son at this point, and every time I go down there, I’m just baffled about how many of those things were free,” she says. Andersen washes and/or disinfects Craigslist purchases and never buys safety-related items secondhand. You should buy new car seats and cribs, for example.

Diaper runs are dangerous for your budget. When you need diapers, you need them now, which Lowe says often leads to a midnight run to a big-box store. “You’re in a weak moment … you end up wandering around like a lost toddler,” she adds. You get the diapers, sure, but three movies from the $10 DVD box somehow land in your basket, too. If you sign up for a diaper-delivery service, you’re always stocked up. Lowe suggests Amazon Family, which offers discounts on disposable diapers when you subscribe to recurring deliveries of certain brands. The site provides food subscription services, too, and plenty of coupons.

6. Make Your Own Baby Food

The convenience of prepackaged baby food comes at a cost. Many parents save money by making it at home with a blender or food processor. Another benefit: Because you’re buying the groceries, you know exactly what’s in your child’s food.

As your child gets older, resist spending downtime at trampoline parks and arcades, and stick to local parks. “You’re not only saving money, you’re simplifying,” Lowe says. “You’re not worried about someone throwing up in the ball pit.” Hanging out at the park gives you and your child opportunities to make friends, she adds. You can also check the website of your community’s visitor’s bureau for a calendar of events, such as outdoor concerts, playdate groups and library readings. Those events are usually free or inexpensive and offer “a great way to tap into your community,” Lowe says. And the more seasoned parents you meet at the park may be able to point you toward some local gems.

For many parents, kids’ birthday parties are an expensive “Pinterest hole,” Lowe says. And chances are, you care more about the themed cake, goody bags and inflatable castle than your toddler. “You have to ask yourself,” Lowe says, “Do you remember your third birthday party?” Go ahead and celebrate birthdays. But to keep expenses in check, Lowe suggests saving blowouts with friends for landmark birthdays, such as ages 1, 5 and 10. Enjoy smaller, family gatherings other years.

It’s fun to be festive, but before buying a seasonal item, consider its longevity. Will your kid enjoy it this Thanksgiving and next? Or will it become clutter that you inevitably step on? As Lowe puts it: “The reindeer markers are great, but by Jan. 5, everyone has forgotten about Santa and Rudolph and are off to the next thing.” Consider value, too. Holidays are the perfect time for vendors to mark up junky items with turkeys and jack-o’-lanterns printed on them. Along those lines, Lowe says, “Stay out of the dollar store.”

Lowe suggests asking parents whose kids are a few years older than your child how they saved money. All parents, including these experienced moms and dads, slip up sometimes, Lowe says. After all, tiny cashmere sweaters and Rudolph markers are really cute. “It’s all about course correction and learning from your mistakes,” she says.