Use PayPal to send and receive money through Facebook 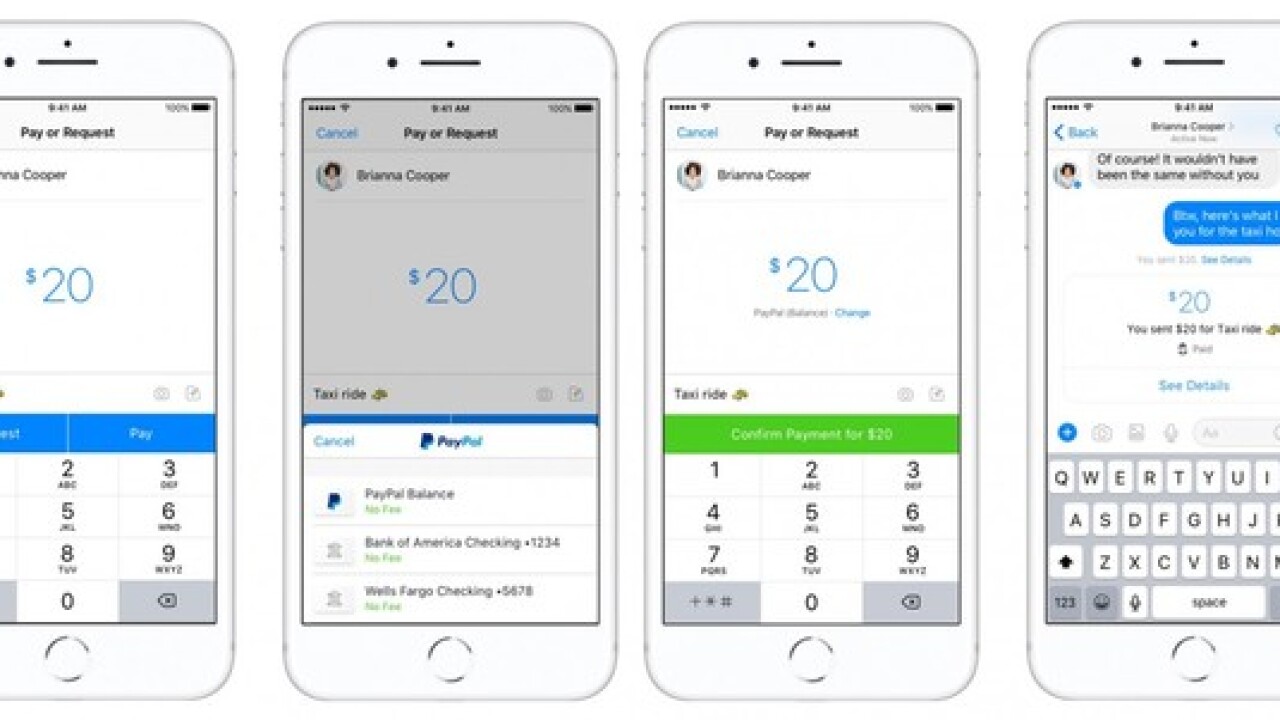 On Friday, in a move that makes money transfers easier than ever, PayPal announced that customers will now be able to use PayPal to  transfer money within Facebook Messenger . By connecting their PayPal accounts to their Facebook Messenger apps, users can send and receive money between friends without having to transfer between apps. To transfer money with PayPal within Messenger, users simply have to click the blue plus button at the bottom left corner of their conversation. From there, they can click the green payments option and select PayPal as their source of cash. Users can even set PayPal as their default funding source. Facebook has allowed its Messenger users to send and receive money via the app since 2015, but in order to do so previously, users had to connect their debit or credit cards directly to the app. Now, by allowing people to use PayPal as their funding source to send and receive cash, more users should be able to transfer money within Messenger. So far, the option is only available to PayPal users within the United States—but hopefully the peer-to-peer payment system will soon be available to all Facebook Messenger and PayPal users around the globe.

That's not the only change PayPal introduced on Friday, either. Users will now be able to get customer service from the company directly through Facebook Messenger, where they'll first be connected to a bot, then transferred over to a human if the chatbot doesn't understand their needs or requests. The marriage between PayPal and Facebook Messenger should make it easier for customers to access PayPal no matter what platform they're on, making it easier to use the e-transfer service in a hyper-connected world. Because let's be honest, no one wants to leave one app and log into another just to send a friend $10—but no one's carrying around cash to pay their friends back for a shared taxi or round of drinks, either. Hopefully the new PayPal integration into Messenger will help simplify your IOUs at your next Sunday brunch.