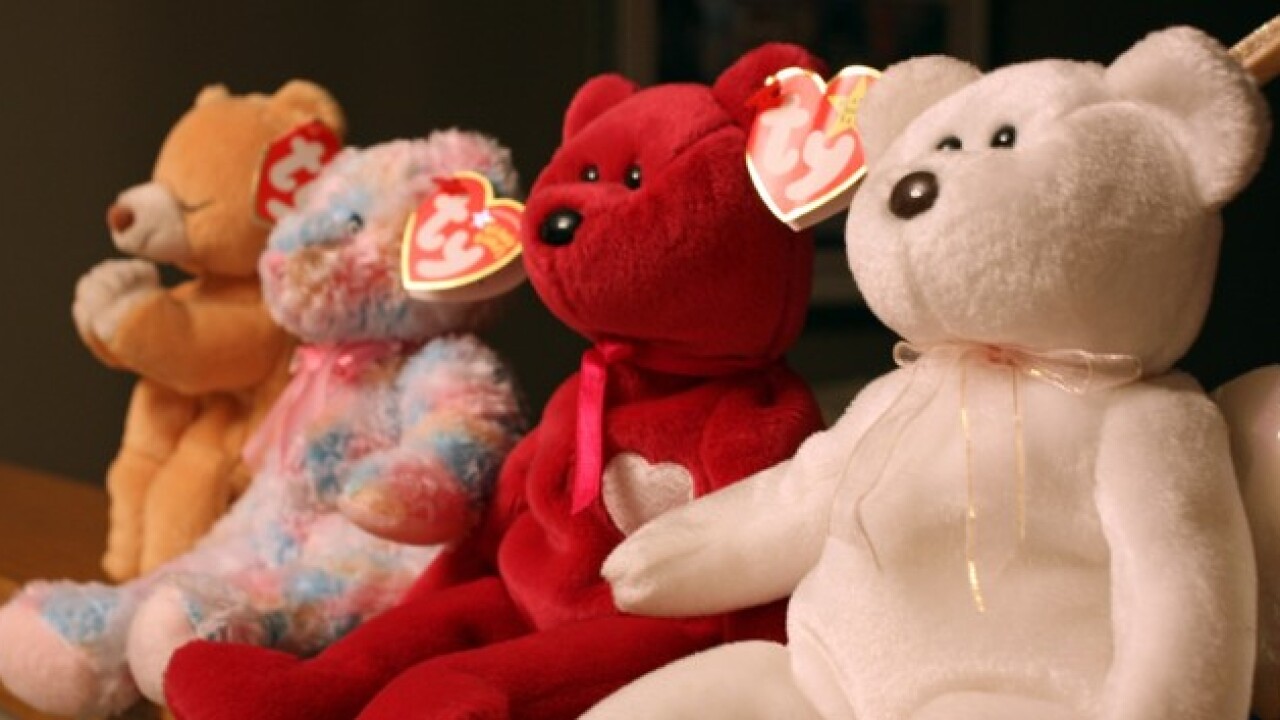 Being a kid during the 1990s was pretty darn fun, whether you were trying to keep your Tamagotchi alive or trading Beanie Babies with your friends. It was a carefree time, so it's no surprise that there's so much '90s nostalgia going on. People miss their '90s toys so much, in fact, that they're willing to pay a pretty penny to get their hands on some rare memorabilia. If you're looking to make some quick cash, you might want to check that box in the closet to see if you have anything of value. They might have been commonplace back then, but these eight '9os toys are worth a good deal of money today.

Polly Pocket was discontinued in 2015, but back in the '90s, she was all the rage. A number of Polly Pocket sets on Ebay are selling for up to $900.  Unsealed, box sets are worth the most, but even people with big lots of the product are selling packages for around $400-$500.

If you've got your hands on an original English Tamagotchi, you're in luck. For a bundle of three, you can fetch about $2,250. Even if you're not lucky enough to own an original, there are plenty of other Tamagotchi versions that are selling for hundreds of dollars.

Aspiring young dancers all around were obsessed with these twirling dolls, and if you still happen to have yours, dig it out from storage. A My Pretty Ballerina box can fetch over $100 on Ebay.

Owning a My Size Barbie was like having a real-life imaginary friend. If you've still got one of those jumbo dolls, you might want to say goodbye to your childhood partner. Many of the dolls fetch between $200 to $300 on Ebay.

If you were one of those kids who liked to take draw all over anything, your parents likely got you a Doodle Bear. They were ubiquitous in the 90's, but now they're in high demand. Doodle bears still in their box are going for as much as $80.

Certain rare Beanie Babies are notorious for being valuable, and it should come as no surprise that the Princess Diana one is one of the most coveted toys out there . Although you're not likely to have a first edition bear—those are selling for over $500,000—there are many other versions of the Princess Diana Beanie Baby that still sell for a few thousand. And it's not just Princess Diana bears that sell for a lot— other Beanie Babies have sold for up to $24,000 . Of course, often these are rare bears or bears with errors (think typos). But still, it's worth checking your collection!

Taking care of your own child sounded fun as a kid, which is why so many loved the Baby Alive doll. Many of these Baby Alive Real Surprises Dolls are selling for over $2,000, as long as they're still boxed and brand-new.

American Girl dolls were at their peak popularity in the '90s, and Samantha especially was a popular one. If you have a complete set, you might just find yourself making around $5,000 . But even if you own just one Samantha doll, you can still pocket up to a grand or two, depending on the edition.