Science makes a strong case for the 3-hour workday 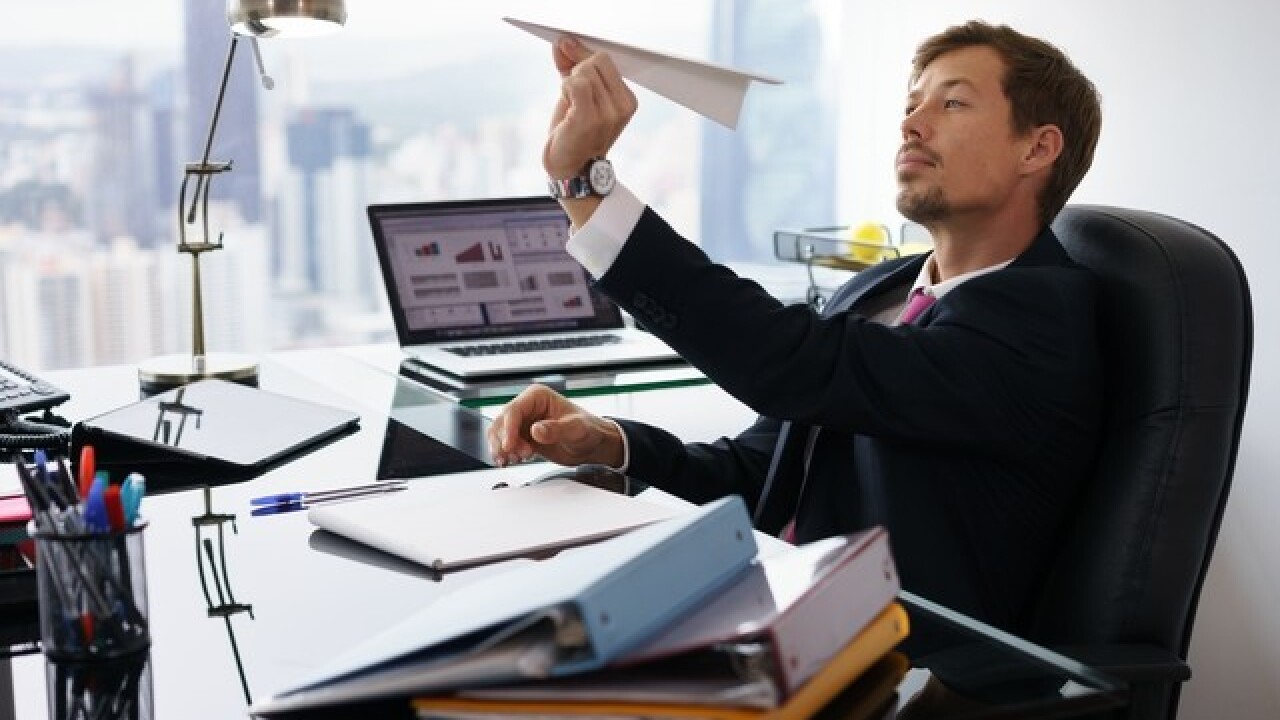 Are you still grinding away at a 9-to-5 job? That may soon be an indication that your company is behind the times. From work-at-home situations to flexible schedules to the "gig economy," more and more workers and employers are embracing nontraditional work scenarios. However, many companies are still holding tight to one old-school workplace standard: the eight-hour workday. But mounting scientific research is pointing to the conclusion that an eight-hour workday is less than ideal. For starters, a 2016 survey of nearly 2,000 office workers in the United Kingdom showed that the average employee was productive for just two hours and 53 minutes a day, despite being in the office a full eight hours. As for what they're doing the other nearly five hours of the day? Checking up on the news, browsing social media, eating, socializing, taking smoke breaks and, notably, searching for other jobs.

But researchers don't believe that the numbers simply mean that most of the workforce are slackers. Instead, they say humans are only built to concentrate for finite periods of time—as little as 20 minutes, according to some studies. When you force people to attempt to work much longer than their brains are wired for, it's only natural that their motivation and focus will lag. "If you're pushing people well beyond that time they can really concentrate maximally, you're very likely to get them to acquire some bad habits," K. Anders Ericsson, an expert on the psychology of work, told Business Insider. In recent years, several companies have heeded the research and began experimenting with both shortened work days and work weeks. Ryan Carson, CEO of Treehouse, an online technology school, implemented a four-day work week for his employees back in 2006. "It's not about more family time, or more play time, or less work time—it's about living a more balanced total life," Carson told the Atlantic.

Between 2015 and 2017, Sweden ran a government study that selected 80 retirement home employees to work five, six-hour days. The results were encouraging for those hoping shorter workdays gain traction: The retirement home workers took less sick time, reported better health and increased their productivity by organizing 85 percent more activities for patients. However, detractors say the costs outweighed the benefits. While the trial managed to stay in budget, it still cost the city about $1.3 million because additional workers had to be hired to cover shifts. (It's worth noting, though, that particular problem may not apply to office jobs where specific shifts don't necessarily need to be covered). While most companies have not implemented the more extreme three-hour workday, which studies show is all employees actually spend working anyway, the research indicates that, at the very least, 9-to-5-Monday-to-Friday schedule could—or perhaps should—become a relic of the past. What do you think? Could you get more done in less time if your employer offered flexible work schedules?