Companies cashing in on royal baby no. 3 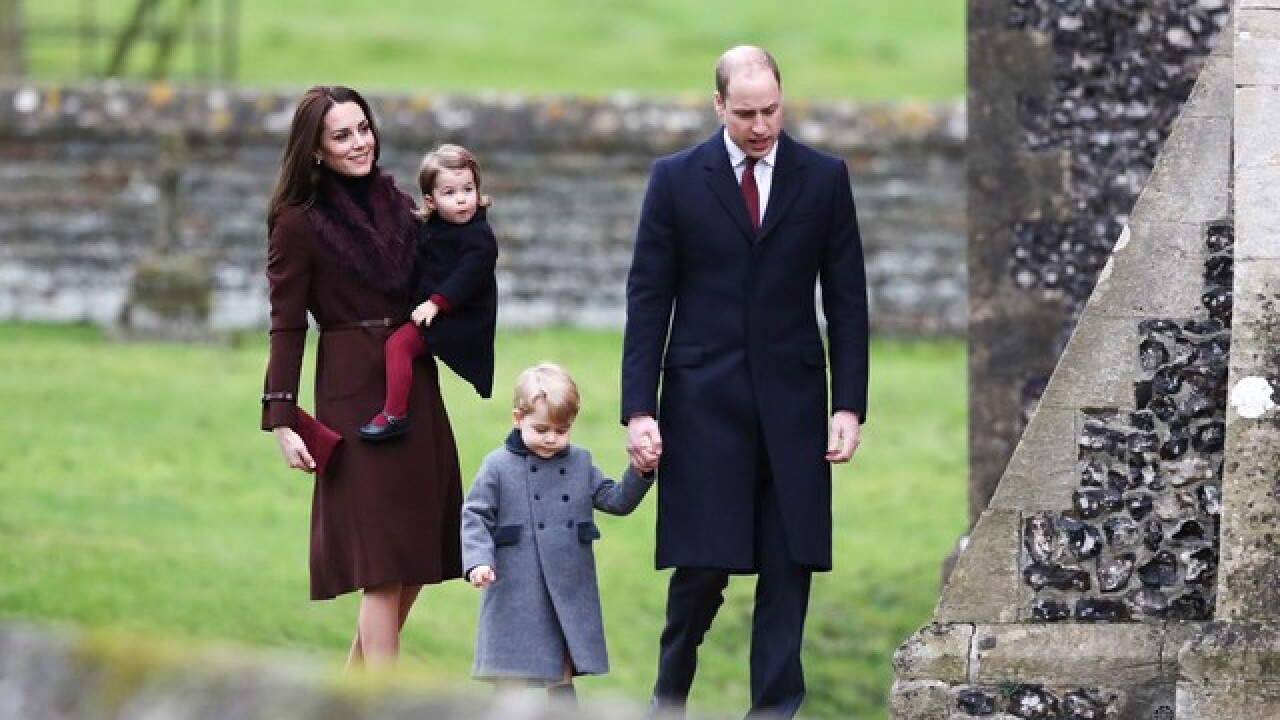 Prince William and his wife Kate have only just announced they are expecting another baby, but companies are already sensing a chance to cash in. Dozens of businesses—from suppliers of baby products and fashion retailers to betting agencies—posted congratulatory messages on social media within minutes of the announcement. The third child of the Duke and Duchess of Cambridge will be the fifth in line to the British throne. "It is a tremendous marketing opportunity for producers and retailers of baby products, who can build their promotional campaigns around the good news from Kensington Palace," said David Haigh, CEO of Brand Finance. There's a pile of money to be made. Companies could expect around £100 million ($130 million) in additional sales because of the royal baby craze, according to Joshua Bamfield, director of the Centre for Retail Research. "We would see the main beneficiaries as being: grocers, butchers, cakes, alcohol, pubs and mother and baby wear," he said. The royal baby bump will extend way beyond the birth, expected some time in the Spring of 2018. "Over the years, the youngest royal baby will continue to boost the sales of clothes and toys brands they wear or play with," said Brand Finance's Haigh. Fashion retailers lucky enough to win a royal endorsement could be looking at a goldmine, said Bamfield. Clothes worn by Kate, 35, and her children tend to sell out in hours. The makers of the $100 lacy shawl Princess Charlotte wore when her parents introduced her to the world reported a huge increase in sales. Similarly, the blue dungarees her brother George wore at an outing in Australia sold out immediately. "Retailers and manufacturers will be on the ball to ensure that the expected high levels of demand can be satisfied," Bamfield said. British betting companies could see a windfall too. They're already offering gamblers the chance to bet on the baby's gender and name (Alice, James and Arthur are among the current favorites.) There was a huge surge in royalty-related betting when George and Charlotte were born in 2013 and 2015.

The wider U.K. economy could benefit too from a boost to tourism and general interest in the royal family, although experts say the new prince or princess will likely generate less interest than his or her older siblings. "It will naturally be seen fairly positively, though the third child is never going to command the level of interest of the first, and I suspect that most brand owners will feel the same way," said Don Williams, chief creative officer at PI Global, a brand consultancy. Written by Ivana Kottasová for CNN. The-CNN-Wire ™ & © 2017 Cable News Network, Inc., a Time Warner Company. All rights reserved.