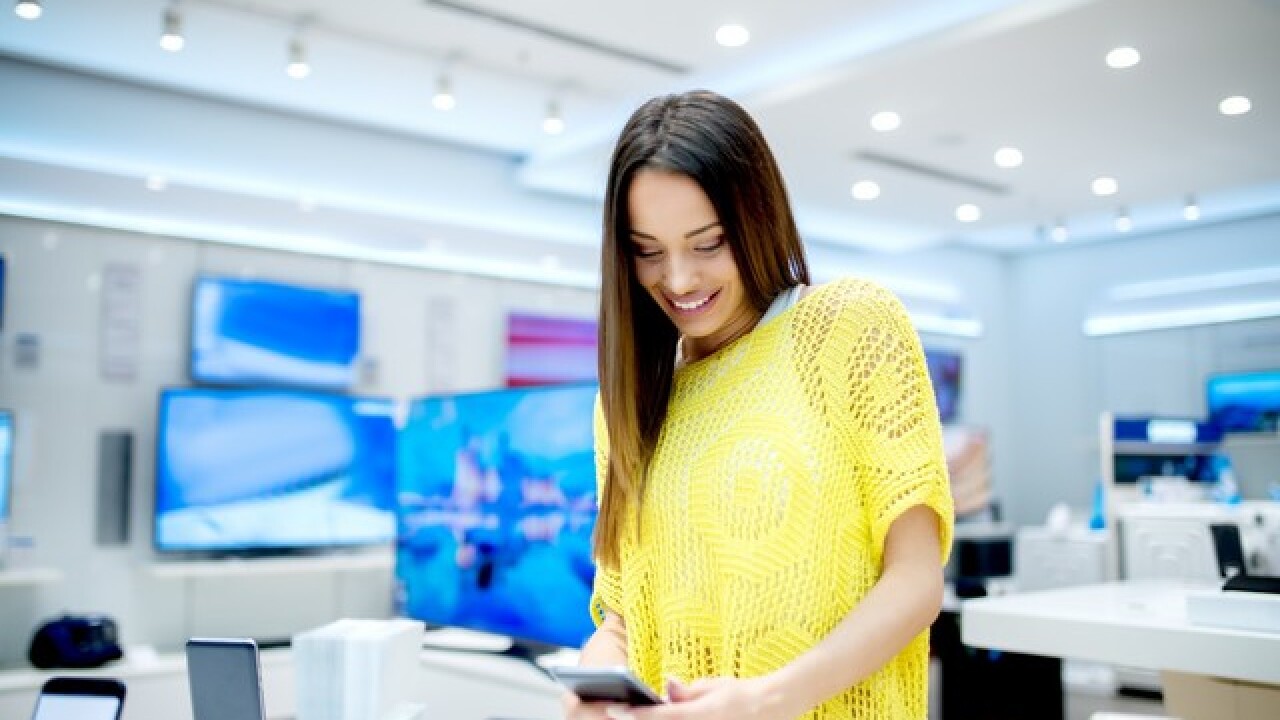 Black Friday is just a month away, and many shoppers are already making plans for what they're going to try to grab at deep discount. So we checked with the experts at DealNews.com  to see where the biggest markdowns will be this year when it comes to high-tech TVs, phones, gaming systems and more.

DealNews says if you've been thinking about upgrading to a 4K TV, Black Friday (or the days immediately after) is a great time to do it. Their report says 4K prices will hit record lows, with 60-inch sets as low as $429. They're expecting 4K prices to be somewhat comparable to 1080p HD sets. It predicts 40-inch 4K TVs will be priced as low as $170. Note, however, that these are "doorbuster" prices, which means you may have to stand in line on Thanksgiving Day to get the rock-bottom price. Prices may be higher on Friday during the day. DealNews also predicts Best Buy will have the lowest prices on name brand TVs such as Samsung, Sony and LG. Walmart and Target typically have their lowest prices on off-brand TVs such as Element.

It's also a great time to shop for an iPhone. DealNews expects carriers to offer iPhone 7s for as low as $1 with a contract. It says while you won't find markdowns on the new iPhone 8 (Apple discourages discounts on new products), look for up to $250 in bonus gift cards with the purchase of a new iPhone 8 on Black Friday. It says don't expect any discounts on the brand new iPhone X, which will be in short supply. Samsung's Galaxy S8 should sell for $350 or less. Look for bonus gift cards with this phone, too. HTC and other Android smartphones may be free with a contract.

In gaming,  DealNews says  to look for hot games at half-price, from $25 and up. And you can expect to see last year's Xbox One and Sony PS4 bundles as low as $179. DealNews expects to see PS4 Slim bundles for $249. The new XBox One X will be released Nov. 7, so don't expect much in the way of deals.

DealNews predicts you will find the current generation 9.7-inch iPad starting at $204, with the Amazon Fire HD as low as $50. It also says checks Best Buy, Target, and Walmart for iPad deals, instead of the Apple Store.

If you are in the market for a laptop, DealNews expects to see Chromebooks as low as $99, and budget laptops as low as $110. However, if you plan to play games or do any video editing on your laptop, you would be best to avoid those dirt-cheap devices. DealNews says look for mainstream laptops starting at $300.

DealNews says there is no need to panic if you miss the Thursday night blowout deals. Except for those big screen 4K TVs you may find prices just as low in the days after Black Friday. In recent years, gaming systems stayed at Black Friday prices into early December. And toys are often cheaper two weeks later. If you stand in line for two hours, then find the same item cheaper three days later on Cyber Monday, you'll be one frustrated shopper. That's why if you are planning a big electronics purchase, you should check all the online prices first, and pay special attention to Cyber Monday ads. You don't want your great Black Friday find to be a bad deal come Monday morning.