Summer a risky time to eat oysters: What you need to know 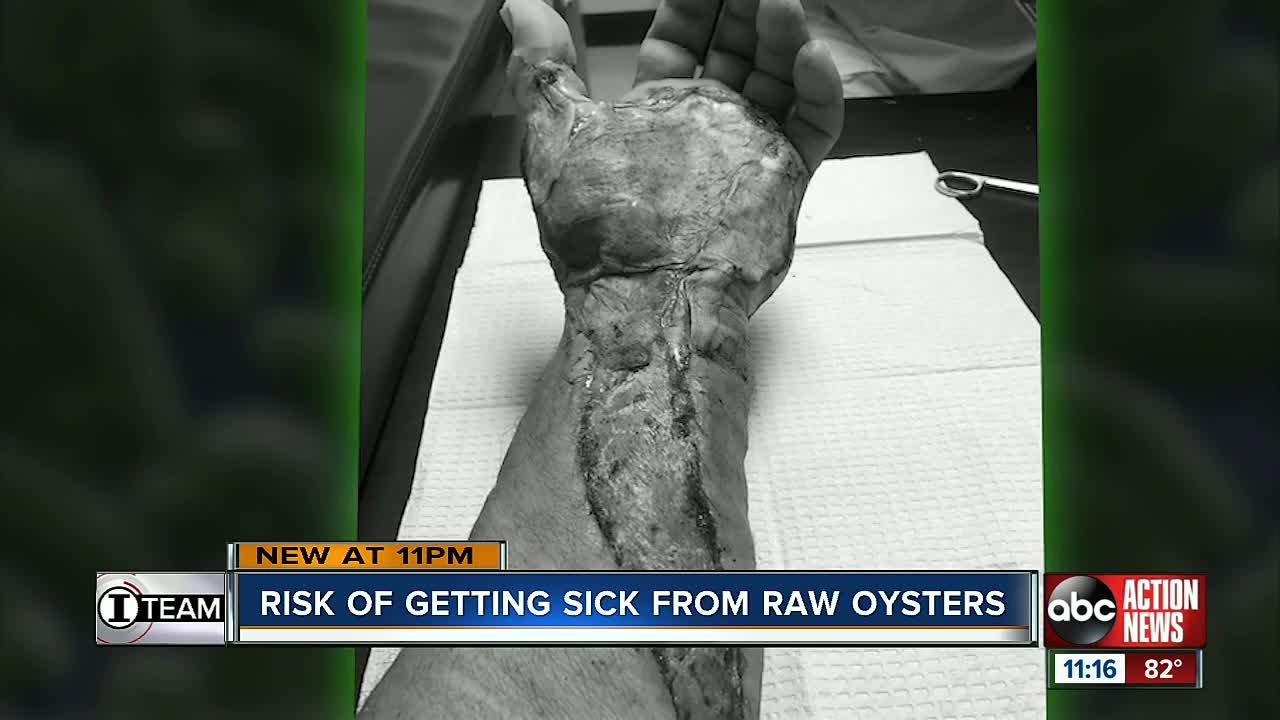 As temperatures heat up for the summer a dangerous bacteria infection is putting fishermen and raw bar lovers at risk. 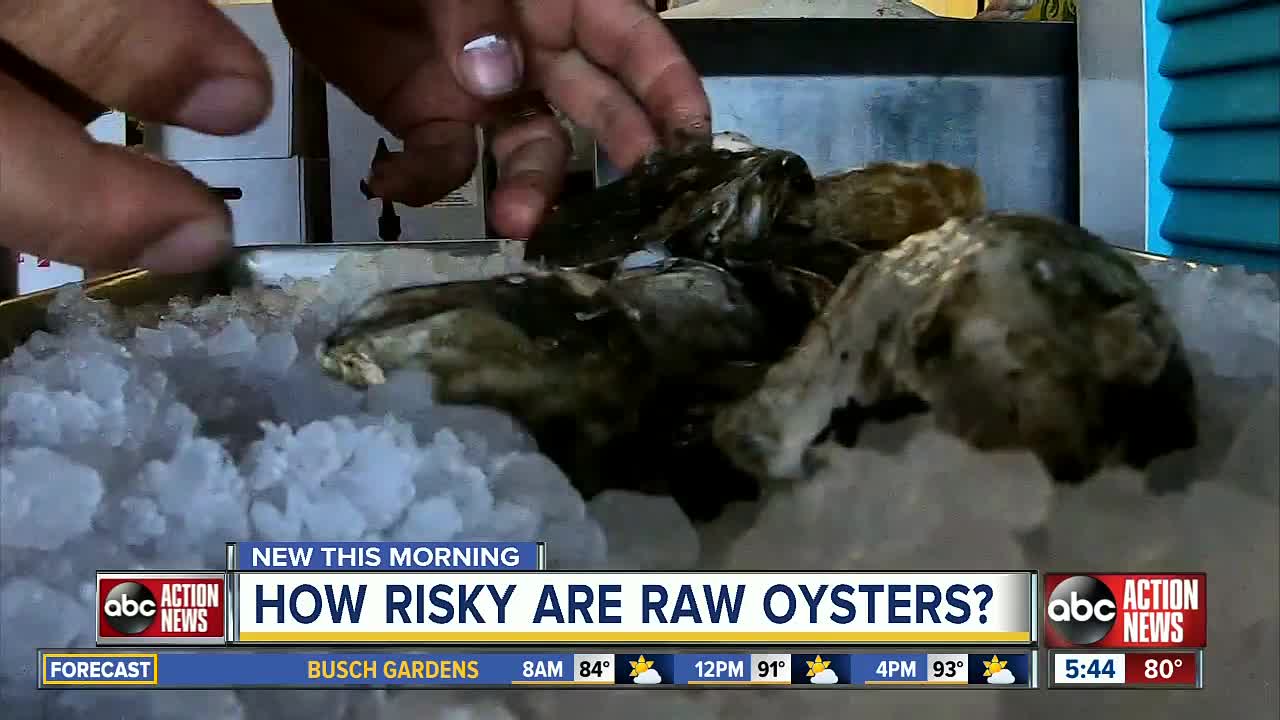 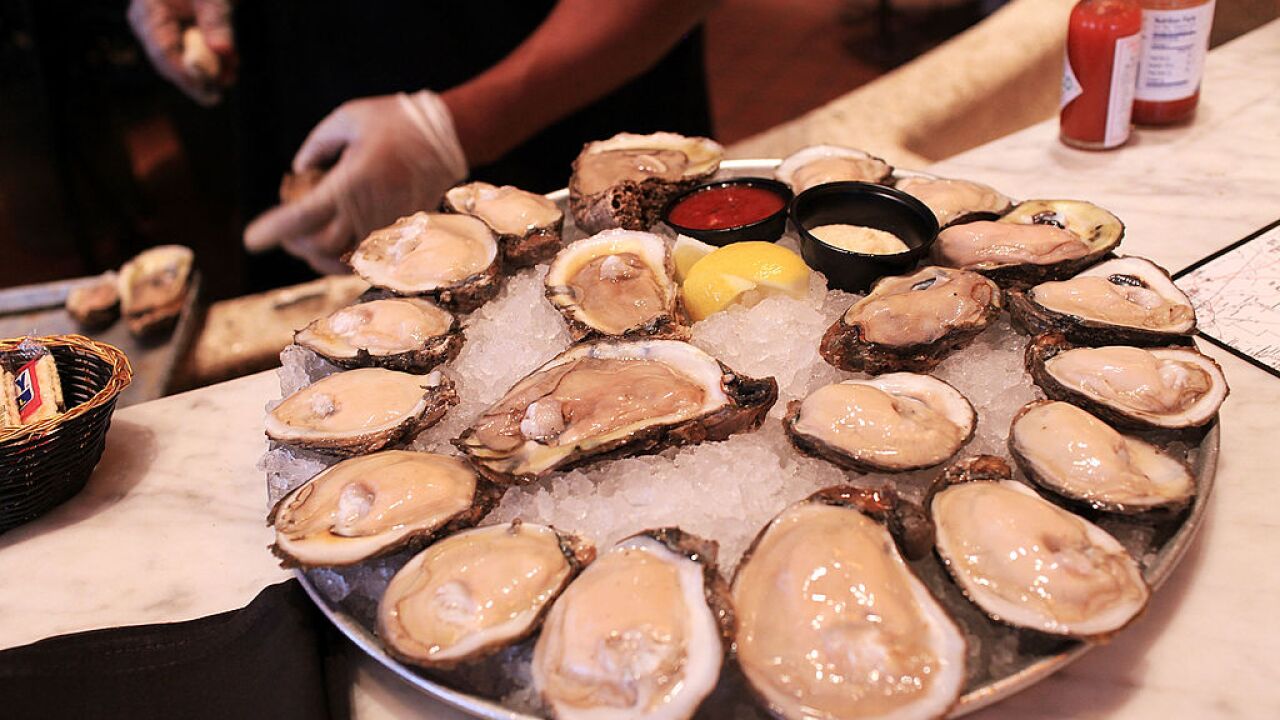 As temperatures heat up for the summer a dangerous bacteria infection is putting fishermen and raw bar lovers at risk.

Mike Walton said he’s already gone through five surgeries to save his hand after getting a flesh-eating infection from vibrio vulnificus, bacteria that naturally lives in coastal waters.

“The first couple surgeries were real painful. Now it’s just getting kind of used to it,” said Walton, who told ABC Action News he was relieved his hand didn’t have to be amputated.

The vibrio entered Walton’s body after he jabbed his hand on a fish hook.

But experts say diners are also at risk of infection by eating raw oysters laden with the same bacteria.

Dozens of cases every year in Florida

It’s unclear how many of those cases originated from raw oysters because the state’s health department does not provide that information to the public.

A customer got sick with vibrio last month after eating a raw oyster at Ricks on the River in Tampa, according to state records.

The state also reported confirmed vibrio cases in diners who ate at Oystercatchers in Tampa, The Oyster Bar in St. Petersburg and Crow’s Nest Restaurant & Marina in Venice in July 2018. Records show a confirmed case of vibrio in a customer in June 2018 after eating at IL Ritorno in St. Petersburg.

Management at all five restaurants told ABC Action News they take food safety seriously and the vibrio were not caused by improper food handling on their part.

No way to spot a ‘bad oyster’

Experts also say it’s a myth that dousing oysters with tabasco sauce or drinking alcohol while eating a raw oyster protects you. The only way to kill the bacteria is to fully cook the oysters.

He said there are higher concentrations of vibrio in the water during the warmer months from May to October.

“If they’re harvested in warm water especially in the Gulf of Mexico in the summer months, they’re going to be loaded with bacteria. It’s just a given,” said Costa.

That’s because oysters feed by filtering water and higher concentrations of the dangerous bacteria can remain behind.

Mistakes by fishermen can also increase the danger for diners, according to Costa.

“If the harvester is in 90-degree weather, leaving 10,000 pounds of oysters sitting on a dock in the hot sun, which they do, the problem starts right there,” said Costa.

Daniel Hall, owner of Lobster Haven in Tampa, said he pays three times the price for oysters from Maine – instead of Florida – because he believes the cooler waters are safer.

That’s why Hall said he was shocked when his restaurant was sued by a husband and wife alleging the man got sick from eating oysters at the restaurant in 2013.

A jury awarded the couple $6.7 million dollars last year, but a Hillsborough county judge later overturned that verdict. The couple is appealing.

“You cannot even imagine the anxiety,” said Hall. “I lost a lot of money because of those headlines.”

Eating a contaminated oyster can be deadly, especially for those with a compromised immune system from issues like liver disease or diabetes.

Walton said he didn’t think about it at the time but now believes his diabetes may have contributed to his severe reaction to the illness.

Even after taking five medications, including two IV drugs, to fight the infections and going through a painful skin graph, Walton said he still plans to be back fishing as soon as he can.

But what about eating oysters?

Prevention tips from the CDC: https://www.cdc.gov/vibrio/prevention.html

Response from Ricks on the River
“We literally sell hundreds of dozens of oysters weekly. We were not made aware of any positive case of Vibrio Vulnificus until the inspectors showed up weeks later. We had no other complaints of anyone sickened by oysters that we served from that delivery. By the time we were made aware of the alleged incident, all of those oysters were already gone. Had we been notified quickly, we would have stopped serving oysters from that area as tagged in each box. As you may know, Vibrio Vulnificus is not caused by any mishandling of oysters on our part but is a naturally occurring bacterium found in brackish water where oysters thrive. It is very unlikely that this case was caused by oysters we served as there were no other cases in over 1000 lbs that were consumed from that delivery, unless the victim had a very compromised immune system. If that was the case, common sense should prevail and that individual should never consume raw shellfish of any kind. There are written warnings stating such on every menu as well as various places in our restaurant.”

Response from The Oyster Bar
“Regarding that incident of Vibrio in July 2018, I know we were one of many restaurants that received an inspection following that report. From the state’s inspection, Oyster Bar was found to have played no role in the incident or of the person’s reaction to Vibrio Vulnificus. The issue we find in the industry is that Vibrio is a natural ocean-based occurring bacteria and not created from improper handling of food. One of the main reasons you see consumer warnings in restaurants is in direct relation to eating raw foods and its awareness to issues such as this. We at The Oyster Bar thrive to supply the best fresh oysters North America have to offer. In 2018, we sold over 70 tons of raw oysters alone. This can only be maintained with great relationships with reputable suppliers and distributors.”

-Josh Cameron, director and principal of The Oyster Bar

Response from IL Ritorno
“This is an opportunity for both of us – you and I – to educate the community on what they really need to know, which is more about the bacteria, Vibrio Vulnificus. This bacteria is not caused by negligence of a restaurant. It is caused by the waters that the oysters are in. It isn’t caused by a restaurant's mishandling, and there is no way for a restaurant to know. That is why we state very clearly on our menus, as would any responsible restaurant, that there is risk with eating raw oysters (or any raw food). That being said, when we found out someone had Vibrio, we researched the date with the city to figure out where they oysters came from by the tag that came with them, and never ordered oysters from that area again. We have always and will continue to follow all health codes. There is no question of our cleanliness or safety. We sincerely hope that you take this information verbatim and share it in a way that won’t scare our community unnecessarily from our restaurant, and others like us in the Tampa Bay community. This is not a situation that can be prevented, no matter how diligent a restaurant is. We’ve seen what this can do when information is mishandled and spun to create a sensational story – people panic. Our hope is that with you, we can help educate consumers on what they need to know before they order raw oysters anywhere, and not damage the reputation of chefs and restaurants in the area that have gone above and beyond to maintain the strictest standards of health and cleanliness.”

Response from Oystercatchers
“The safety and well-being of our guests and colleagues is a top priority at Grand Hyatt Tampa Bay. As soon as we learned of this one case, we worked with a state epidemiologist and the Florida Department of Health in Hillsborough County to review all of our oyster procedures. Health department findings confirmed that our procedures were compliant with applicable health and safety requirements.”