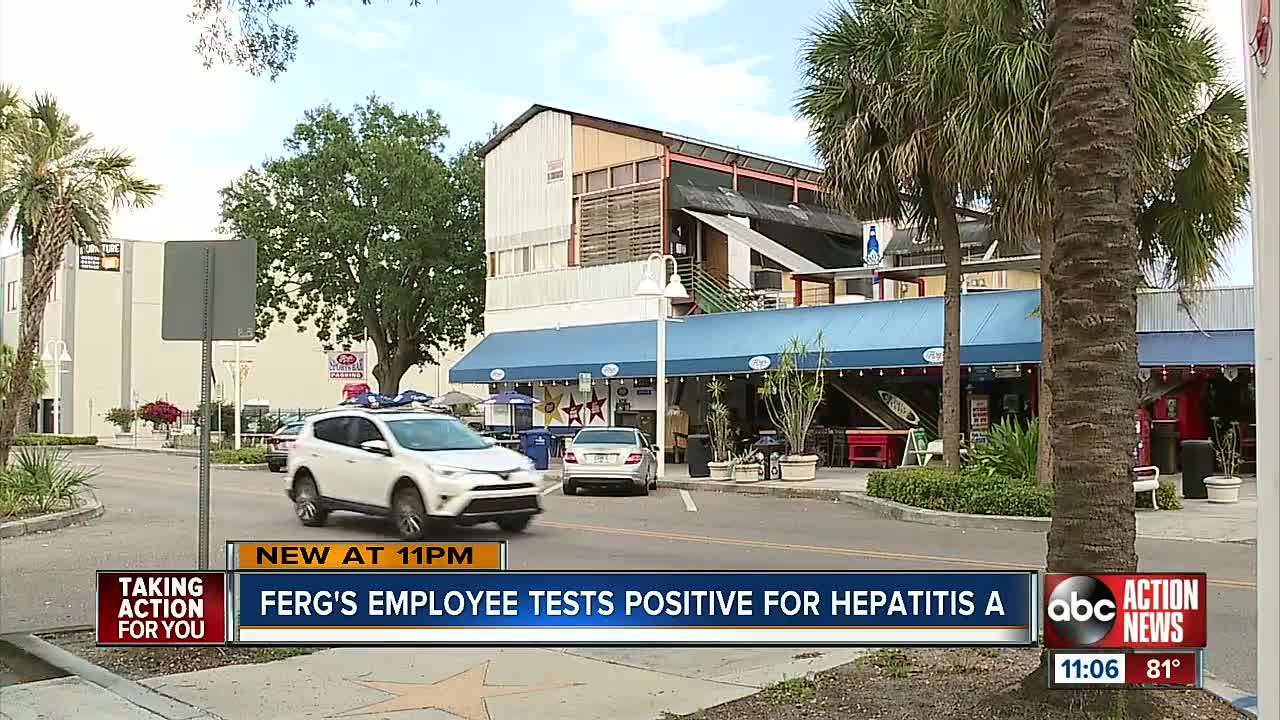 The employee infected with hepatitis A did not have contact with food and worked running the dishwashers, according to the owner. 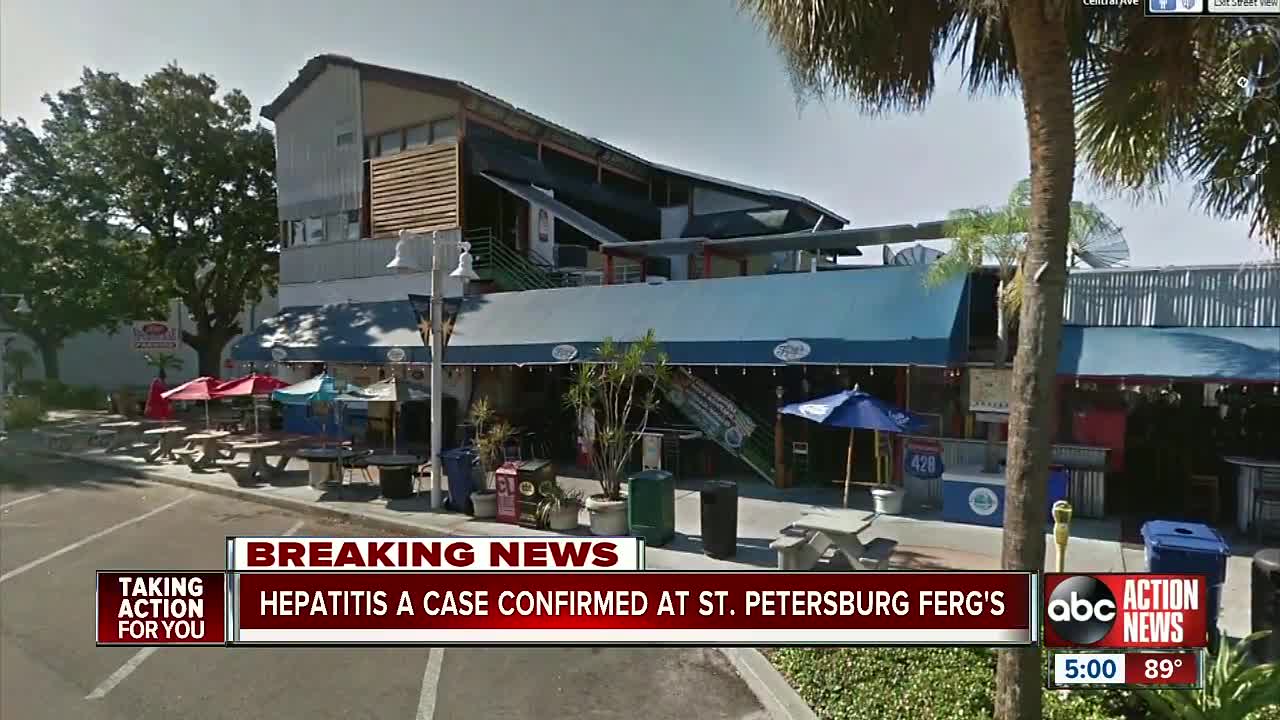 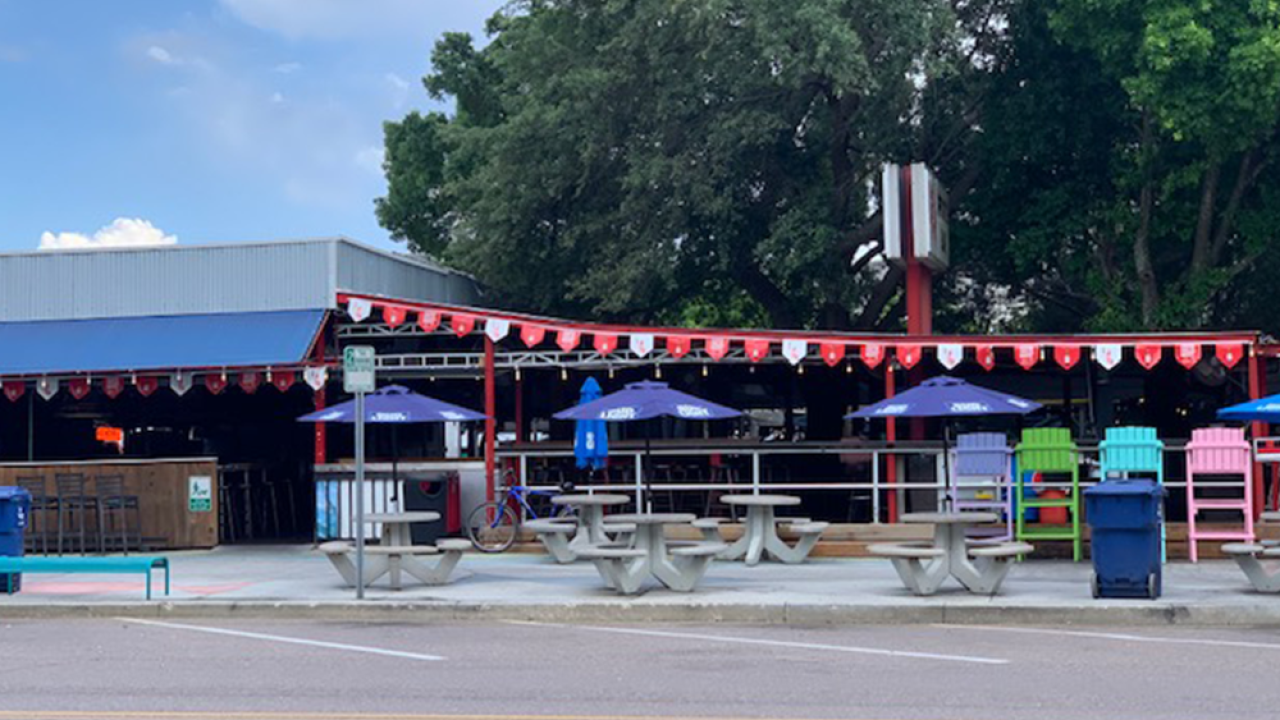 The Pinellas County Health Department reported a dishwasher at the restaurant was “identified as case of hepatitis A,” according to an email obtained by the I-Team.

According to the email, the employee experienced jaundice, a common symptom of Hepatitis A, on April 15. In a separate email sent on April 18, Pinellas County requested state health officials provide a “joint assessment” of the restaurant.

"We got a phone call and the health department wanted to see all our records on employees, a time sheet of when they worked and said get them ready for us. They wouldn't say why," said Mark Ferguson, owner of Ferg's Sports Bar.

The employee infected with hepatitis A did not have contact with food and worked running the dishwashers, according to Ferguson. He also said health officials interviewed all employees and no one else had symptoms and health officials inspected the building.

"All my employees went and got shot, including me and all my staff, so I’m very happy about that. I encourage everybody to do that. There is a big spike in the Tampa Bay area right now," Ferguson said.

"So by uncooked fruits and vegetables or unpeeled shellfish like raw oysters things like that or really any food source that comes in contact with the virus. It's usually transmitted by fecal oral route which means from feces into the mouth. It's highly contagious in that scenario," said Dr. Patch.

Most adults with hepatitis A have symptoms including fatigue, low appetite, stomach pain, according to the CDC.

"You can have some nausea, some vomiting and just feeling run down and weak. About a week into the course, you start to develop really dark colored urine, abdominal pain, you can even turn yellow in your skin and your eyes called jaundice and that could be a sign as well," Dr. Patch said.

Employees at Ferg's will receive training next month related to hepatitis A and how it spreads, Ferguson said. All employees have been vaccinated, according to Ferguson.

"There are so many waves in the restaurant business. We have a lot of concerns, but this a big one. We want to make sure everybody's safe and they are safe at Fern's Sports Bar," Ferguson said.