Dirty Dining: Westshore Pizza shut down after the state finds 125 rodent droppings in the kitchen 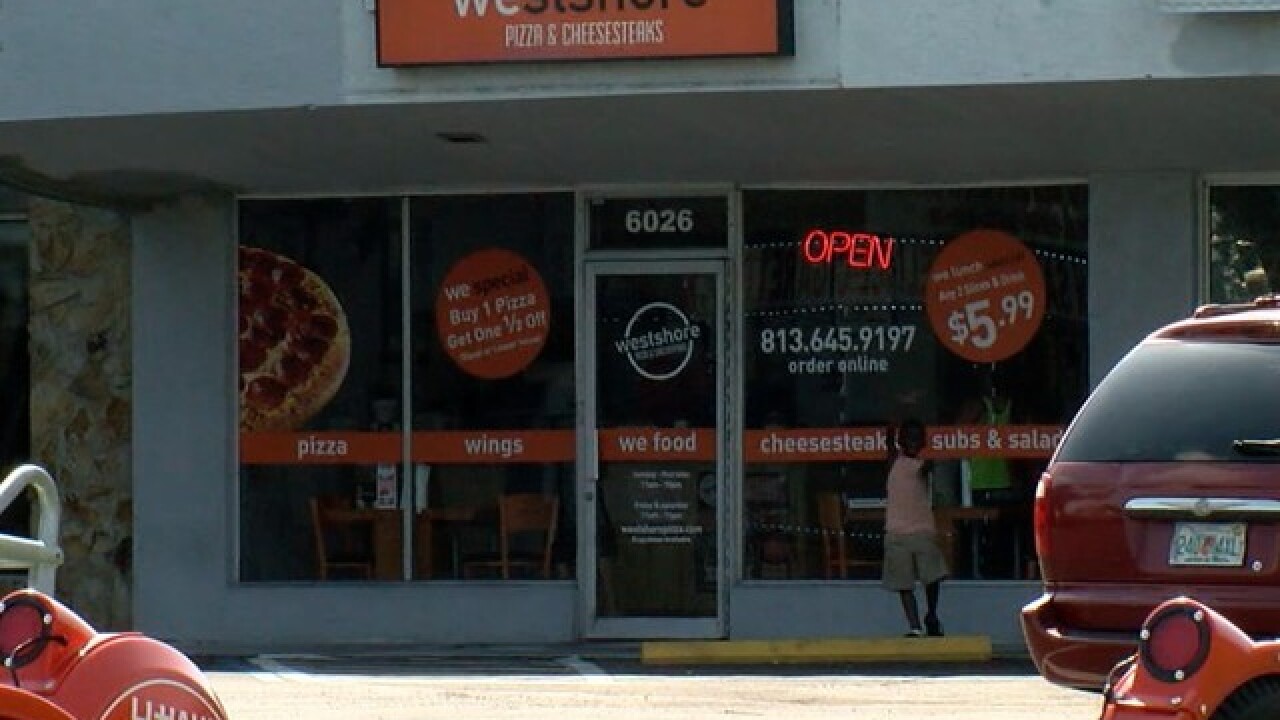 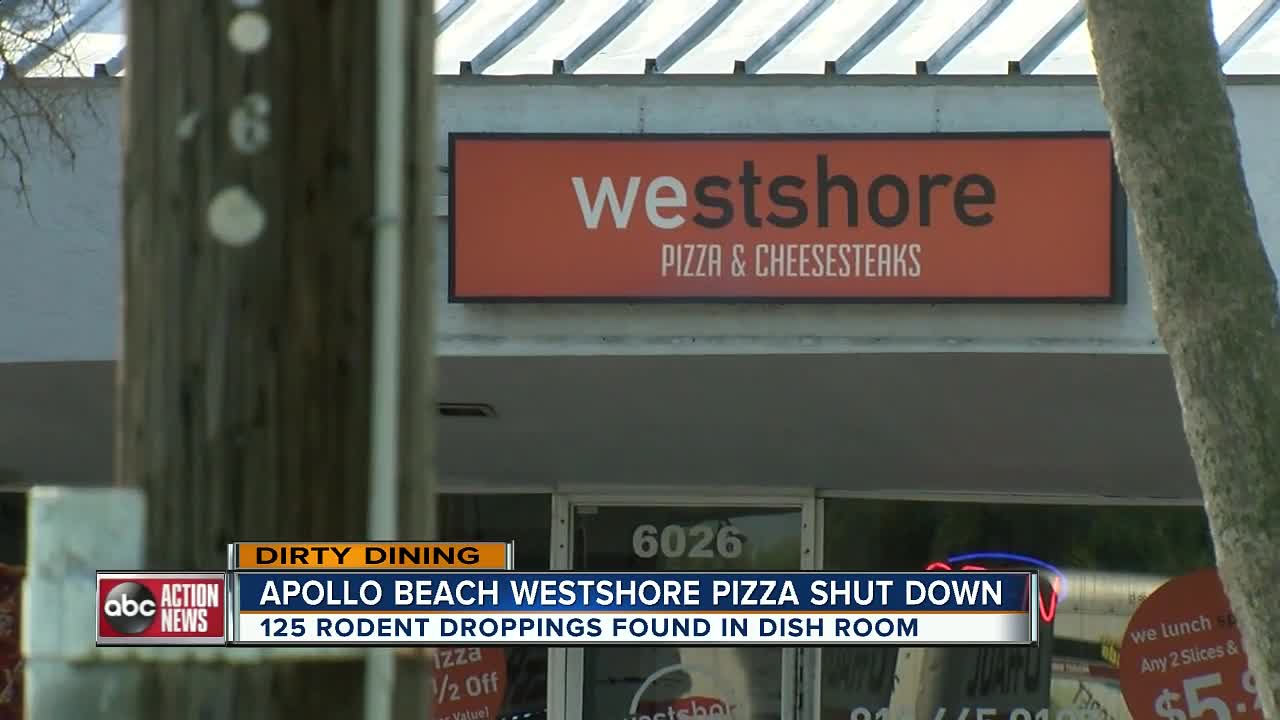 APOLLO BEACH, Fla. — Their website brags that "Westshore Pizza is more than just pizza. Our menu features over 30 menu items."

But one extra item not on the menu got one location in Apollo Beach closed for almost 24 hours recently.

On Wednesday, May 23 inspectors discovered over 100 rodent droppings in the dish room area and approximately 25 droppings behind the cooking equipment at the Westshore Pizza at 6026 US Highway 41 North.

Other violations found during the state's visit include ceiling tiles missing, a gap in the back door that goes outside, a spray bottle with a chemical/toxic substance stored near flour, the hand wash sink not accessible for employees to use, encrusted material on the can opener blade and mixer head, grease accumulated on the kitchen floor and under cooking equipment and the walk-in cooler/walk-in freezer floor soiled.

ABC Action News anchor Wendy Ryan spoke to the Manager Patrick Shiarelli who has been with Westshore Pizza in Apollo Beach for the last five months.

Shiarelli says the rodent droppings were all underneath the Pepsi Soda Fountain and they never saw it.

So they called Pepsi to have the soda fountain removed from the kitchen.

He also said he keeps a clean kitchen all the time.

Ryan also spoke to Westshore Pizza Company's CEO Travis Masters, who explained that the soda fountain was attached to the wall and rodents were getting in through that attachment.

So they completed removed the entire soda fountain and will only sell soda cans from now on.

Masters also explained that they plugged all the holes in the wall so the rodents could no longer enter from the outside.

Masters says the company has a 20-year veteran of the food industry who inspects all of the locations on a regular basis and they do not have dirty stores.