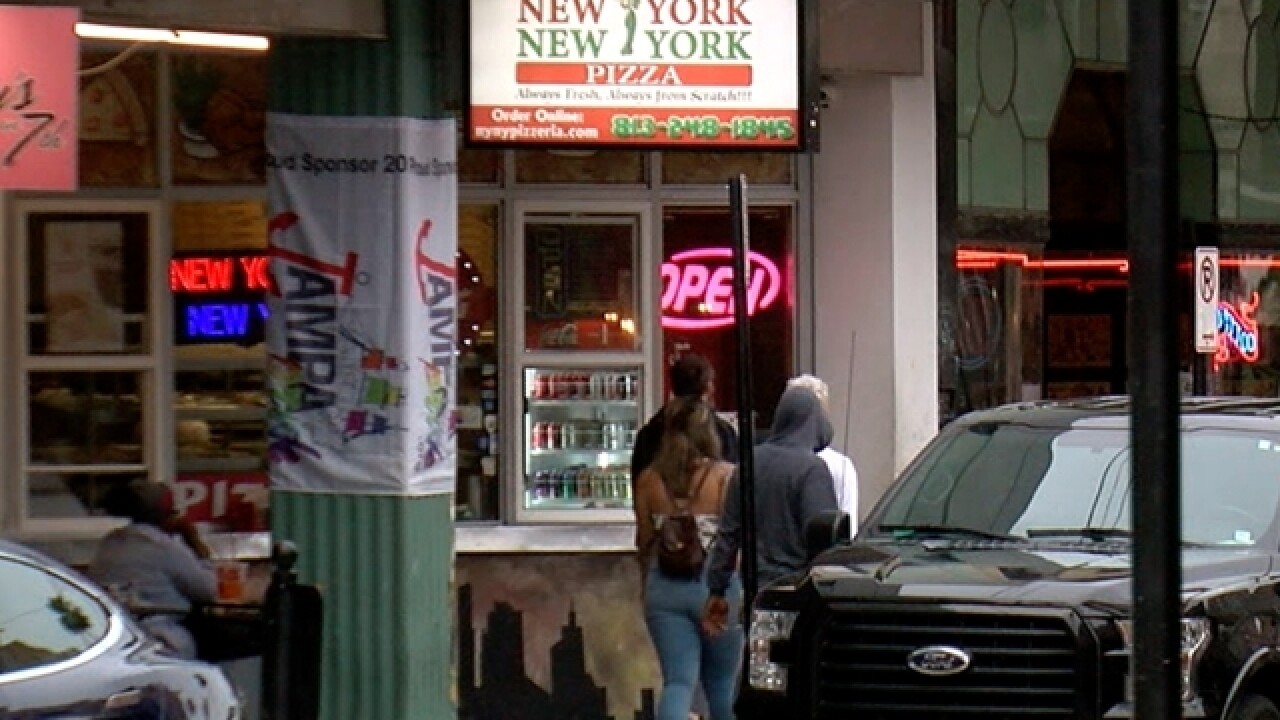 TAMPA, Fla. — If you tried to order pizza from New York New York Pizza Bar and Grill in Ybor City last night, you probably got a recording, saying it was temporarily closed.

That's because the state shut down the popular restaurant after finding evidence of rodents and temperatures that could make you sick.

On Monday, April 9, inspectors walked into the popular pizza joint at 1512 7th Avenue in Tampa and saw a live rodent in the storage area along with rodent droppings.

They also discovered flying insects in the kitchen, food preparation area, and in the walk-in cooler.

And after discovering the cooler not working properly and not properly cooled, they ordered a stop sale on over 45 pounds of food at improper temperatures.

All cold food should be 41 degrees or below.

Also documented to be tossed out were sweet peppers with mold-like growth on them.

Food stored directly on the ground instead of at least six inches off of the floor.

Those listed were soda in the dining area, a case of water in the walk-in cooler, and boxes of mozzarella cheese in the kitchen by the cook's line.

In addition, inspectors discovered various kitchen equipment in disrepair and accumulated grease, dust or food debris on many items in the kitchen and bar area.

After closing around 1 p.m. on Monday, the state officially re-opened the restaurant at 11 a.m. on Tuesday.

ABC Action News anchor Wendy Ryan reached out to the manager and owner.

The manager on duty left her message saying the restaurant was shut down because of a motor problem in the cooler and the temperature got too high. They called a technician to fix it.

He also said New York New York Pizza has pest control come in every week but the Ybor City building is old and hard to maintain.

Ryan also reached out to the owners but they never called her back.