Dirty Dining: New China Beach shut down for 5 days due to 130+ roaches in the kitchen near food 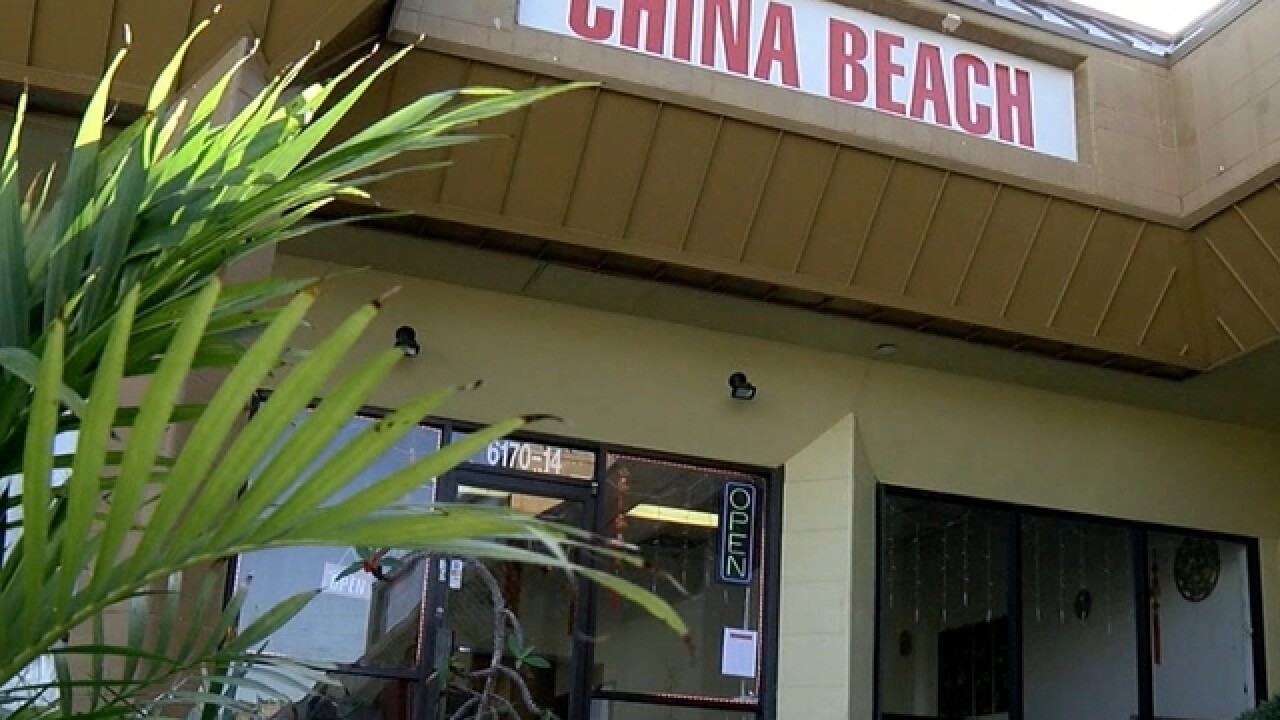 CLEARWATER, Fla. — Scott Rodriguez is the Associate Pastor of the Tabernacle of Tampa Bay Church, right next door to New China Beach Restaurant at 6170 Ulmerton Road in Clearwater.

And he eats there all the time.

"I had General Tso's chicken. I've had their egg rolls. I had spring rolls. I've had all kinds of stuff," Rodriguez said.

And he didn't know inspectors shut down New China Beach in January for five days straight after finding over 130 live and dead roaches and roach droppings all over the kitchen from January 4 through January 8.

Inspectors saw dozens of live roaches crawling near the reach in cooler, the cook's line, the wok station and the individual woks, the dry storage shelving, the cooler and the freezer.

So Ryan went inside the restaurant to get some answers and she met employee Nicole Niu at the front counter.

Niu said she'd worked there for two years and didn't know anything about the recent roach problem.

But other food safety issues were a concern for inspectors too.

In other inspection visits, food was found not refrigerated and at dangerous temperatures including cooked chicken at 63°F, raw beef at 52°F, garlic in oil at 80°F, and rice noodles at 51°F.

All cold food should be held at 41-degrees or below.

China Beach also had employees with no state required food safety training, no date marking on food held more than 24 hours, and more.

Ryan went through some of the other violations with Niu on the inspection report.

"Cross-contamination issues and food safety issues. Did they retrain you?" Ryan asked.

"Can you just wait to the manager coming, I just working here," Niu explained.

And despite the language barrier, Rodriguez says everyone inside the restaurant are hard workers.

So he and his church congregation will continue to be regular customers there.

"I will go back and eat at the restaurant for sure," Rodriguez said.

Meantime, Ryan reached out to the owner and manager at New China Beach several times, but no one ever returned her calls.