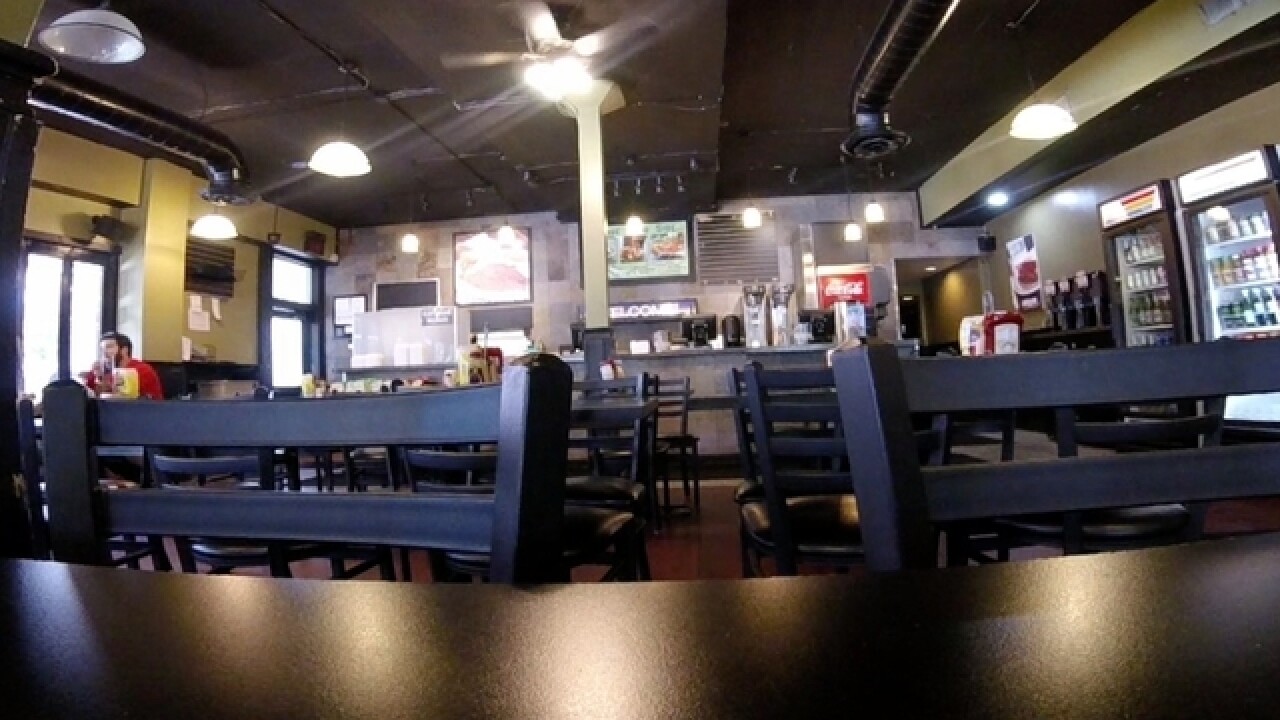 But an alley behind Lucky Dill Deli at 277 Central Avenue has caused major problems for the business.

The owner, Joshua Cameron, says he's fighting the City of St. Petersburg to clean up.

"Look at this here! This is an electrical paving and that thing goes down four feet deep," Cameron points out to ABC Action News anchor Wendy Ryan.

And Cameron used a wood board to temporarily cover the huge hole.

And he tells Ryan no one seems to be taking responsibility.

"You've called the City and they're not doing anything?" Ryan asks.

"They'll come down. I see people with hard hats down here all the time and taking notes and all that nonsense. But until things actually get fixed, what more can we do?" he asks.

And he says he's constantly trying to fix the mess.

"I've thrown other people's trash away just to try and keep this street clean," Cameron admits.

But with flooding, puddles of grease, trash, old furniture, and even toilets lining the alley, it's an attraction for rodents which find their way into the restaurant's building.

On January 2, inspectors shut down Lucky Dill for 21 hours after finding a dead rodent, rodent nesting materials and over 155 rodent droppings all over.

"The downside is it was actually caught in utility closets and electrical closets that actually don't belong to the business," Cameron says.

But according to the inspection report, the rodent droppings were found under Lucky Dill's soda boxes, dry food ingredients and near employee lockers.

Still, more violations followed with French toast batter, corn beef and pastrami all dated weeks old and all had to be thrown out in a stop sale order.

But Cameron believes it might have been just an out-dated sticker.

"I know when a sticker has gone through the washing machine, that's sometimes just a lid that has an old sticker on it. But it's in a container which has brand new stuff in it. Yes, should they remove that old sticker? 100%," he said.

Also salmon, potatoes, sausage and more were all at temperatures that could make you sick.

So Cameron called for back up to re-train the employees.

"Out of the two other restaurants we have, all those guys came down to find different systems for them saying 'these are things we do in our restaurants, which are working 100%,'" Cameron explained.

And even with 50 violations documented in January including dead roaches, sanitizer not at the correct strength, and employees with no food safety training, Cameron says the public should not worry.

"So you feel customers are safe now?" Ryan asked.

Logan says his department along with Economic Development are aware of the alley issues behind Central Avenue and they're actively working with all the business owners to help repair the deteriorating conditions.

He says it's an on-going joint effort.