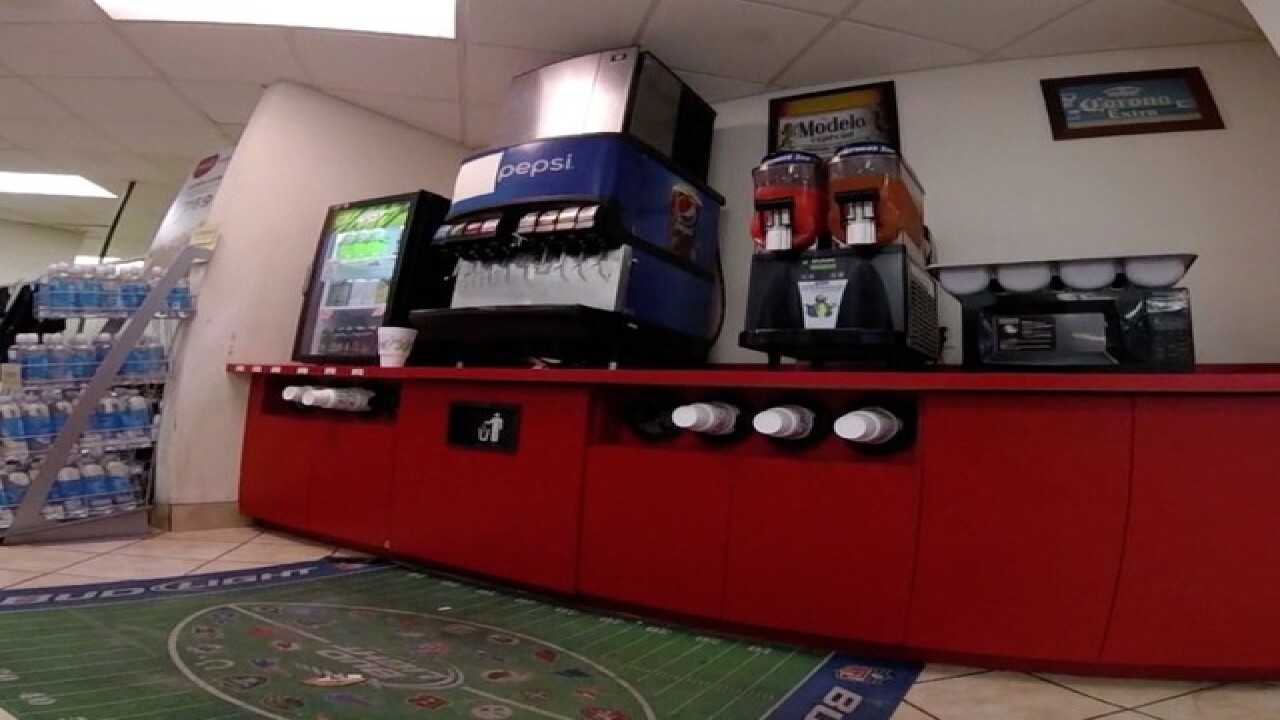 A couple months ago, ten people became severely ill due to botulism after eating nacho cheese from a California gas station.

A 37-year-old father died from the contaminated cheese and a teenager was on a ventilator for weeks.

So how safe is the food at our local gas stations?

In a special Dirty Dining I-Team investigation, ABC Action News anchor Wendy Ryan looked through dozens of inspections to check the food at our local gas stations and what she uncovered might ruin your appetite.

On May 30, inspectors went inside a Marathon Gas Station at 4403 N Armenia Avenue, finding pots of boiled peanuts with temperature issues, stopping the use of the crock-pots until it was fixed.

The state also stopped the gas station from allowing the use of its cappuccino maker, soda fountain and other equipment due to unsanitary conditions and ordered Marathon to clean them up immediately.

But just two weeks later, our ABC Action News cameras still saw the warning tape around the machines not to be used and violations not corrected.

So Ryan went inside to get some answers and met employee Emad Aziz, who told her he's only been working at the Marathon for a few days.

"Are you in charge of cleaning anything within the facility?" Ryan asked.

"Usually the guy who works overnight was responsible for cleaning the floors, the outside, the machines," Aziz said.

"There was also an issue with the temperature of some of the drinks like milk was at 48 degrees when it's supposed to be at 41 or below? Do you know anything about that? The cooler not working properly?" Ryan asked Aziz.

"I have no idea," he responded.

Another Marathon Gas Station at 6901 North Nebraska Avenue in Tampa had chicken sandwiches and cheese burgers at dangerous temperatures in the cooler along with boiled peanuts not hot enough that had to be thrown out.

Inspectors also found slime inside the soda nozzles, mold in the ice machine, raid stored near food, and stopped the use of all food service equipment because they weren't clean including the soda machine, cappuccino maker, coffee machines and more.

According to the inspection report in May, the state also discovered no hot water, soap or towels for employees to use and no certified food manager on duty along with bumble bees flying around inside the trash at the front door.

Meanwhile, two BP Gas Stations in the bay area did not make the grade with the state either.

The BP Gas Station at 8624 US Highway 301 South in Riverview also had to stop using all food service equipment because of sanitation reasons.

Sewer gnats, no soap or hand towels and no food manager on duty were also documented.

And the BP Gas Station at 10323 Causeway Blvd. in Tampa had empanadas at temperatures that could make you sick and a stop use order on all un-clean food service equipment.

This BP was also selling milk with no date markings so they wouldn't know how old it is and the front door left open, which can allow pests to get inside.

And the Mobil station at 19090 Bruce B. Downs Blvd. in Tampa was selling milk at over 48 degrees when it should be 41 degrees or below.

The store also had slime inside the soda machine's ice chute and faced a stop use order on the walk-in cooler because of unsanitary equipment.

Inspectors also documented drain flies and a gap in the back door, where more pests can get inside,

So the next time you need to fuel up with gas, you might want to skip fueling up with food.

Ryan reached out to all the gas station owners mentioned in this story but no one from the two BP stations or two Marathon stations called her back.

She did speak to the owner of the Mobil Gas Station Saleh Elshabrawy. He said he fixed everything in the report immediately and passed the follow up inspection the next day.